Gwyneth Beard, also known as Piwi, is 59 and went into care from the age of 11. 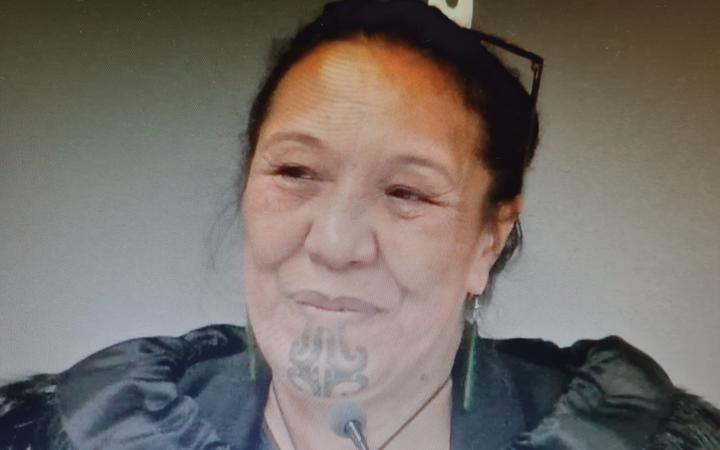 Most of the time was spent at the Strathmore Girls' Home in Christchurch, but she also spent some time in the Kingslea Home in the same city and a short time at Weymouth in Auckland.

She ended up in care after running away from home.

She describes her time in the secure unit at Strathmore as incarceration.

''It was like I have been locked up. I was only a child. I look out at my mokos now and wonder if anyone locked my mokos up at that age. There's no nationality behind it, that you should be locking children up.''

''I remember it clearly as if it was yesterday.''

The room used was small and next to the gym.

''You walk in and there's this table with stirrups on it, which you put your legs on.''

She said the doctor was accompanied by a female staff member.

Beard said she had no idea what was going on until she was told to take her pants off and hop on the table.

She said the role of the staff member was to hold her down.

''Your legs were places in the stirrups and I fought. I didn't know what was going on.''

''They had these straps that went over your legs and then the staff member would hold your shoulders down and basically told you to stop it and the sooner you gave in the sooner was it finished.''

Beard said the doctor lubricated her before inserting a steel device inside of her.

She said the doctor then said to the staff member that she is sexually active.

''I had been sexually abused and that sits with me to this very day.

''I was 12 years old. How can anyone at 12 be sexually active, and the assumption was I was sexually active and why no one actually asked had anything ever happened to me because I would have just told them.

''That statement sat with me and stopped me from talking to anyone. I was too scared.''

Another doctor, Morgan Fahey, medically examined her near the end of her time at Strathmore.

''When you have been sexually abused you don't know what is right or wrong when people are touching you down in that area, but it wasn't until years later when I got a normal doctor and he didn't do those things that then I realised what Dr Fahey was doing was wrong. He was touching me in places, inserting his fingers inside of me and lubricating me.''

Fahey was later convicted of sexual assaults on adult women and jailed.

Beard said what she had experienced in her early life affected her health later on including not having cervical smears.

''It traumatised me and, when I did find a doctor I trusted and having regular smear tests, it was found I had abnormal cells. I had to have a biopsy and have my cervix removed and then I had to have a hysterectomy years later.''

She said in girls' homes it was survival of the fittest.

''You had to survive in there or you would be eaten alive.''

Beard said the impact of state care has has been far reaching.

''I just think to myself, if I was given the right to be able to be what I should have been in the first place, wow, you know. If I was allowed to be given an education. If I can get that kind of outcome for my IQ and I couldn't read. Imagine what I could of if I had been allowed to be educated. Imagine.

''I have seven years missing form my life," she said.

''I never had the right to party, or to go to dances. I was never a rangitahi. I was institutionalised and I don't understand why because when you are locked up for just running away and are wanting to go home and that's a punishment.

''Child offenders and even some murderers don't even get seven years and I was given seven years for just wanting to be protected and wanting to find someone to actually talk to me and say it's OK and we have got your back.''

Beard reaffirmed to the Royal Commission that she is a survivor of sexual abuse.

''And I just want to be there for that little girl that needs someone to talk to, not someone to make her tell her story but let her know she's got a best friend.''