The Catholic Church says it's shamed and saddened by abuse in the church.

The number of cases of abuse within the Catholic Church in New Zealand is in excess of 1100, but the Royal Commission says that is just a preliminary figure. File image Photo: 123rf

The church opened its evidence on its handling of complaints at the Inquiry into abuse in care on Monday.

It said its response to redress has at times been ahead of Vatican guidelines.

The number of cases of abuse within the Catholic Church in New Zealand is in excess of 1100, but the Royal Commission said that is just a preliminary figure.

Counsel for the Commission Katherine Anderson said failure in record keeping from the 1950s impacts on the accuracy of the figures.

Cardinal John Dew told the Commission the church was saddened and ashamed by what has happened. 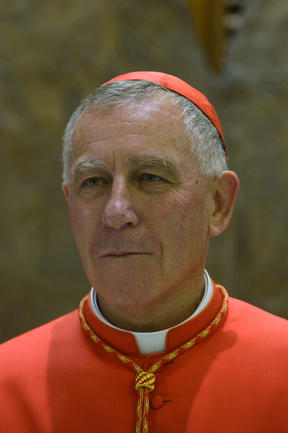 ''Our hope is that this Commission will lead us and help us to be a better church and that is a church that this disgrace of abuse will be addressed, will cease and that our church will always be a church that gives life and hope. That is our mission as a church.

''I greet survivors and I want to assure you we have listened and we are listening. I and we are ashamed and saddened.''

The Catholic Church in New Zealand is made up of six dioceses and 43 religious orders or congregations.

The lawyer representing them, Sally McKechnie, said while matters of faith and doctrine could not be altered by the bishops and congregational leaders, the New Zealand church had its own response to engaging with survivors.

''And it has not always mirrored the developments in the Vatican. In a number of instances, Catholic leaders in New Zealand have taken steps and introduced policies before the Vatican has issued guidelines in response to what has happened locally. It is also necessary for this process to respond to the directions of the Vatican when they are given.''

The survivors group, SNAP, said the redress policies of the Catholic Church did not work.

Dr Christopher Longhurst from the network for people abused by priests said survivors had no confidence in the church process and many survivors were still suffering.

"It is overwhelmingly clear for us from our members accounts that we are not experiencing any healing. In fact, we are finding little or no consolation and no justice."

Longhurst said the church's commitment to eliminate abuse was an empty promise without concrete evidence.

"They have said that emotional support and counselling was absent. That the process was adversarial, that it took years and it was highly stressful."

Cooper said where financial redress had been made, it had been inadequate and degrading.

"They also said there were no automatic consequences for their perpetrators. Some remained in office, were not held accountable, were allowed to continue going about their daily business."

Cardinal Dew is expected to make a formal apology to abuse survivors on behalf of the entire Catholic Church in New Zealand on Friday.

The first to give evidence on Tuesday is an expert witness called by the Royal Commission, Dr Thomas Doyle.

He is an ordained Catholic Priest in the United States and also a Church canon lawyer and an addictions therapist.