The Anglican Church has introduced tougher psychological screening to help test the character of people wanting to join the clergy. 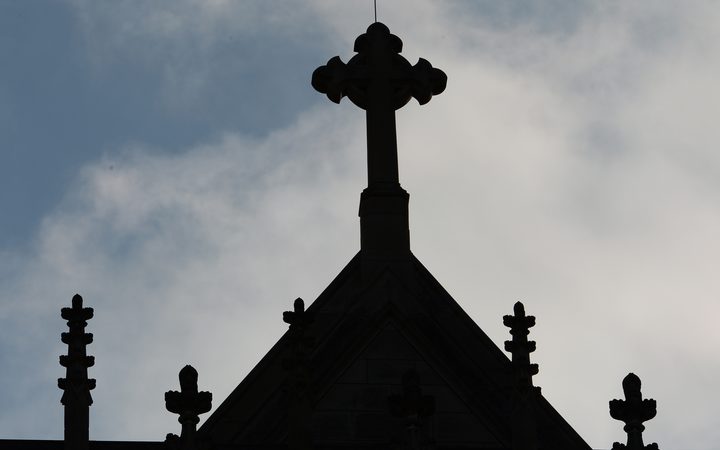 The inquiry is hearing from churches about how they have dealt with complaints of abuse. Photo: AFP

The church opened its evidence to the Royal Commission into historical abuse in state and church care with an apology to survivors.

The inquiry is hearing from churches about how they have dealt with cases of abuse.

The Church's lawyer, Fiona Guykidd QC, said the church was determined to engage with the Royal Commission and had been right from the start.

''I acknowledge the survivors of the Anglican Church. I recognise the abuse they had suffered and the trauma that continues.''

The first to take to the witness box was the Bishop of Auckland, Ross Bay.

Speaking for his diocese he apologised to survivors for their suffering.

''To all those who have in anyway been abused or neglected in our care. I also apologise for the times when the Anglican Church has compounded your pain and suffering by responding to such instances of abuse and neglect in an inappropriate manner.''

He also encouraged other survivors to come forward.

''Your experiences are no less important and I hope this process gives you the strength to share your suffering so the Anglican Church has the opportunity to not only make it right but also learn from these instances of abuse and neglect.

To date, the Auckland Anglican Diocese has received 18 complaints of abuse by clergy and church social services another 35.

Bay said the selection of clergy is now a lot tougher than it used to be.

''Identify perhaps their motivations for why they want to be involved in this kind of work, so a lot more rigour is involved with the process now taking usually a 12-month period to make the assessment of someone's suitability and discern that.''

He said screening a candidate was more detailed than ever.

''Involves a person completing a self-assessment questionnaire ahead of an hour-and-a-half interview with the psychologist, who takes them through a number of questions related to their well being, have some sense of the person's well being, their mental health and perhaps some of their motivations for wanting to do this kind of work.''

Bay wants the church to do more to encourage other abuse survivors to come forward and should also actively seek out abuse that may not have been reported.

''Whether there could have been other instances within a particular parish or a place, so it's being more proactive about investigating more widely than the instanced that was brought to our attention.''

Bishop Bay will continue giving evidence this morning and will be followed by the Bishop of Christchurch and two of the three Archbishops of the church in this country.