About 40,000 duck shooters are expected to head out hunting as the shooting season opens today. 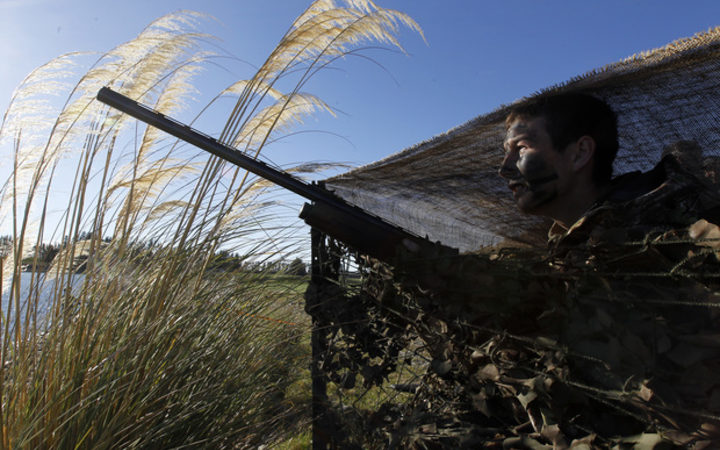 New Zealand Fish and Game Council deputy chairperson Bill O'Leary was looking forward to hunting without the restrictions of the Covid-19 alert level 3 rules, which were in place last year.

He urged people to stay safe while hunting, particularly out on the road while driving out to shooting spots.

The call to keep safety front of mind was echoed by Federated Farmers president Andrew Hoggard.

Hunters needed to follow the firearms code rules such as identifying targets and treating all firearms as if they were loaded, Hoggard said.

He urged hunters to be respectful when using farmers' land to access hunting spots and to get permission to shoot on land that was not their own.

Hunters who were taking dogs with them needed to ensure the dog had been treated for sheep measles 48 hours before the hunting expedition, he said.

Meanwhile, an animal rights charity is calling for duck shooting to be banned.

Aotearoa needed to follow suit because a number of native birds, such as pūkeko, kakīānau (black swan), pūtangitangi (paradise shelduck), pārera (grey duck) and kuruwhengi (Australasian shoveler duck), are killed during the hunting season, she said.

SAFE has also criticised the numbers of birds it said are wounded.

"You get every year helpless natives are being shot, injured and killed. It doesn't make sense for this practice to be going on in New Zealand any more and we're really concerned about the number of ducks that are going to be shot and not killed instantly and potentially suffer for days until they eventually die."