The founder of a migrant rights group says an immigration deadlock has galvanised immigrants into action. 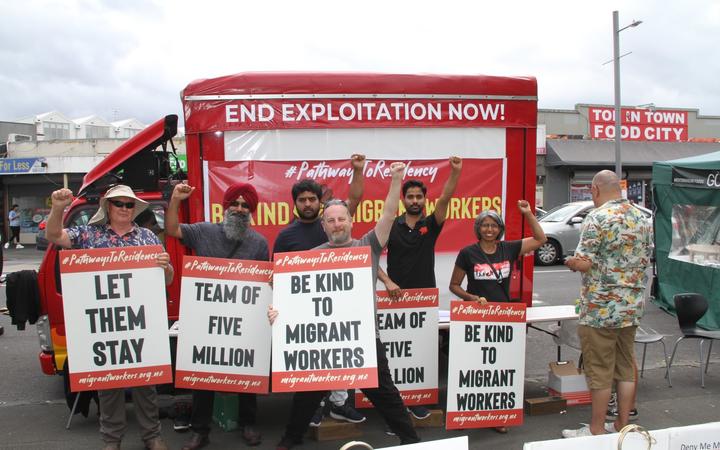 A "Pathway to Residency" petition which called on the government to give residency to long-term migrant workers in New Zealand, in January this year had collected 15,000 signatures. Photo: Supplied / Migrant Workers Association of Aotearoa

Thousands of immigrants who belong to Migrants NZ are forming a federation with the Migrant Workers Association, the Migrant Rights Network and the Association of New Kiwis Aotearoa (ANKA).

ANKA president Charlotte te Riet Scholten-Phillips said there was a feeling that momentum was building to change a "broken" system.

"People have given up everything to come here - people who have come here to study have taken out loans to pay their fees, people have sold their houses, cashed in their retirement funds, and they give it all up to come here and work here and contribute, and be part of this community and then they're told essentially 'you're very welcome to pay taxes for a bit but we don't really want you to stay'. It's just horrific actually."

The Briton, who is international programmes manager at a charity in Wellington, said migrants were dealing with issues such as changing visa criteria, the suspension of new applications under the Expression of Interest (EOI) process and slow residence processing.

Her daughter is turning five and starts school next month. Meanwhile, the family's residence EOI is waiting until the immigration minister, Kris Faafoi, announces a decision on when the ballot for EOIs will restart - and until they become residents, they cannot buy a house and remain uncertain about their future.

"It's frustrating and it's stressful because you don't know if you can stay or if at some point someone's going to say we don't want your skills anymore or we're not going to renew your visa. When you've got a family it's not nice to feel temporary anywhere." 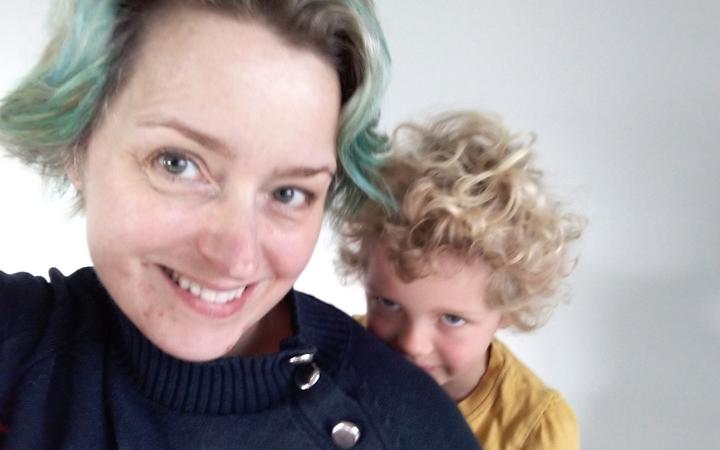 More than 7000 applicants are in the same boat, coupled with the thousands waiting for a decision on the residence application that follows a successful EOI.

They are staging a protest and attending an immigration debate at Parliament next month, following a petition signed by more than 64,000 people calling for temporary visa holders to be given residence.

"We hear it all the time that New Zealand has been so successful in combating the pandemic because we're a team of five million.

"It doesn't feel like that if you're a migrant. It feels very much like there's 246,000 of us who are not really part of that team."

Te Riet Scholten-Phillips told the education and workforce committee they instead refer to it as the team of 4.75m.

She hoped other migrant groups would join the Federation of Aotearoa Migrants (FAM) to build a united front against decisions they believe are disadvantaging immigrants.

"It's very easy [for the government] to split groups up and say 'we'll give you a little bit', for example a few split migrant families - but the number of people benefiting from that is really quite small - and strangely for a Labour government, largely based on income.

"It feels like there's some momentum building, as if we're reaching breaking point."