A person flew from Perth to Auckland via Sydney then travelled on to Northland during the Perth lockdown period, the Health Ministry says. 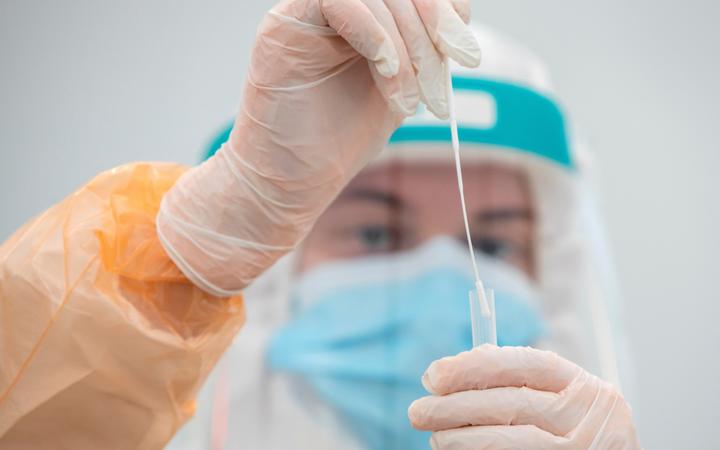 In a statement, the Health Ministry said eight new cases of Covid-19 have been found in managed isolation since the last update on Sunday.

No new cases have been reported in the community.

Person travelled from Perth during lockdown

The ministry said Immigration NZ had made it aware of a person who travelled from Perth to Auckland, via Sydney, on 26 April, during the Perth/Peel lockdown period.

Immigration NZ became aware of them from routine passenger screening checks, and the person was now self-isolating, the ministry said.

They had travelled on from Auckland to Northland.

The ministry said the public health safety risk was assessed as low, but said the example served as an important reminder that the actions of one person could jeopardise quarantine-free travel with Australia.

"Any person who enters New Zealand who is ineligible for Quarantine-Free Travel is required to isolate for 14 days and is subject to penalties," the ministry said in its statement.

"All people who have been in Perth or Peel between 17 April and 26 April should watch for symptoms for 14 days after leaving these areas and if symptoms develop they should stay home and get a test."

Immigration New Zealand said because of a late booking, the person still managed to arrive in the country.

They said they became aware of the passenger's arrival during a routine screening.

Due to the last-minute ticket purchase, no border alert was loaded before the flight departed.

A very weak positive Covid-19 result has been detected in a wastewater sample in Auckland's eastern interceptor.

The ministry said it was the same area where 10 recovered people had recently returned after spending time in the Jet Park quarantine facility.

"Seven of these people were released within 1-2 days prior to the sample being taken. Another sample is being taken today with results expected later this week," the ministry said.

The ministry said people who recently had Covid-19 may continue to shed fragments of the virus for some weeks after they recovered.

The recovered cases were no longer infectious and there was no evidence the wastewater was infectious, the ministry said.

"Wastewater testing in New Zealand is being increased, and when unexplained detections occur this will help support prioritisation of surveillance and testing of potentially infectious individuals."

All 39 close contacts of the Auckland Airport worker who tested positive a week ago have returned negative results, the ministry said.

They would continue to isolate and would be retested, and public health officials were in daily communication with them all.