Bright cultural costumes and loud island cheers lit up the first day of Polyfest 2021 in South Auckland, despite heavy rain and thunder.

The world's largest cultural festival for Pacific and Māori secondary students kicked off today, after two years of cancellations. 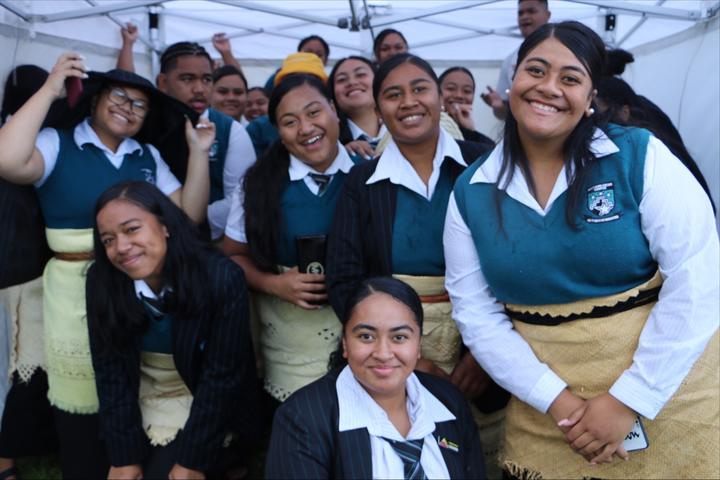 Southern Cross Campus Tongan students huddled under a small gazebo to shelter from the rain, still in high spirits despite the weather. Photo: RNZ / Mabel Muller 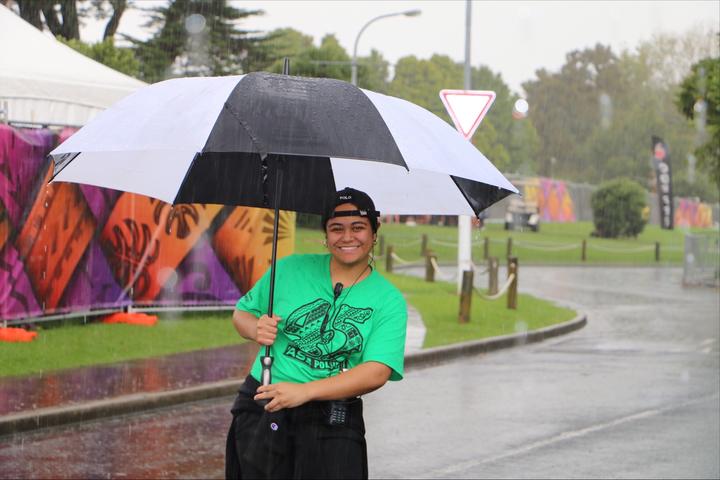 Getting the job done - a Polyfest volunteer who was still smiling as the wind blew and rain poured. Photo: RNZ / Mabel Muller 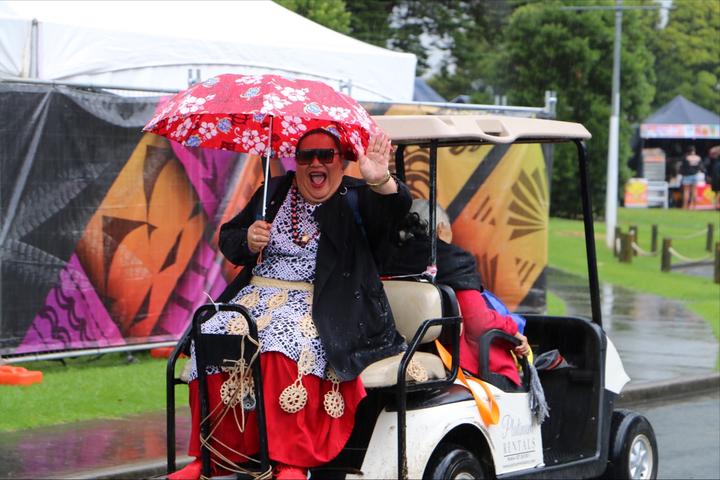 Spectators stood firm in the rain, some with umbrellas, some without, in full support of the range of performances on this year's Diversity Stage. 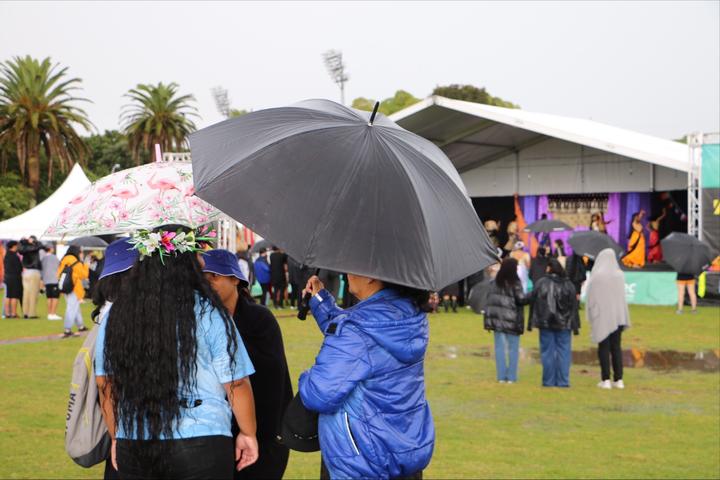 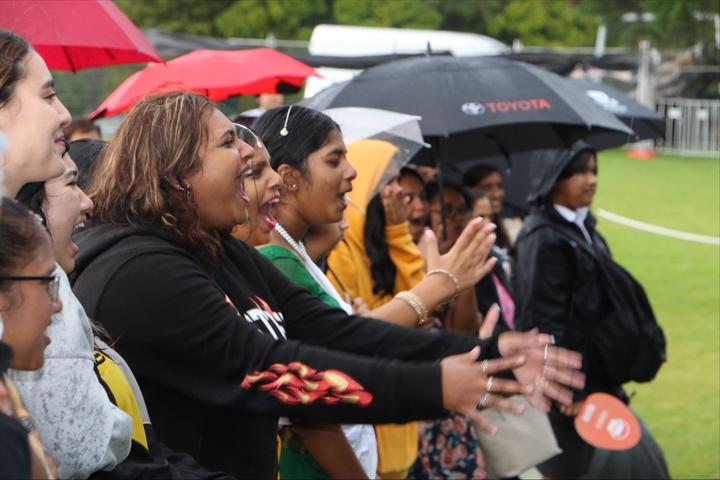 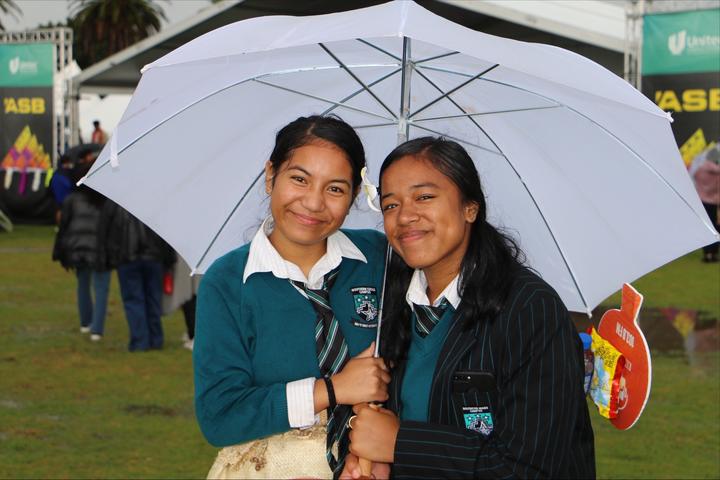 Mother and son, Nui and Joseph Price, were drenched in water from the constant downpour of rain. They were at the festival to watch Rutherford College's African group.

"The performance is good and the food's awesome, we're not complaining." 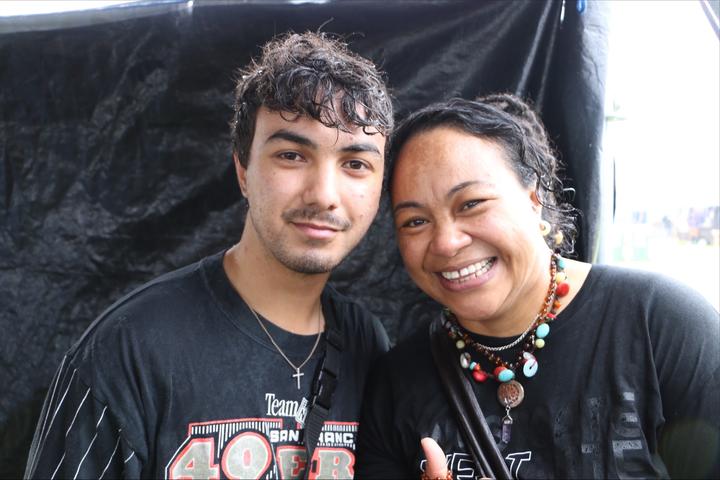 The festival cut back on two of its stages this year, combining the Cook Islands stage with the Tongan stage and Diversity stage with the Niuean stage. 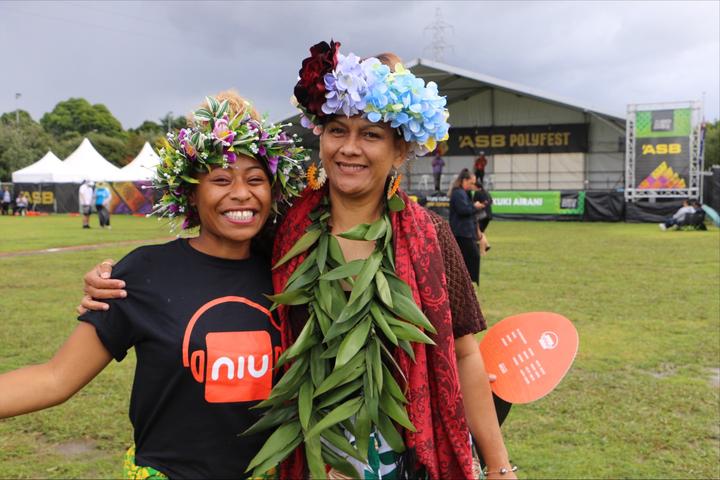 Manurewa High School dominated the performances on the Diversity Stage, with a total of 10 groups performing a range of cultural items. 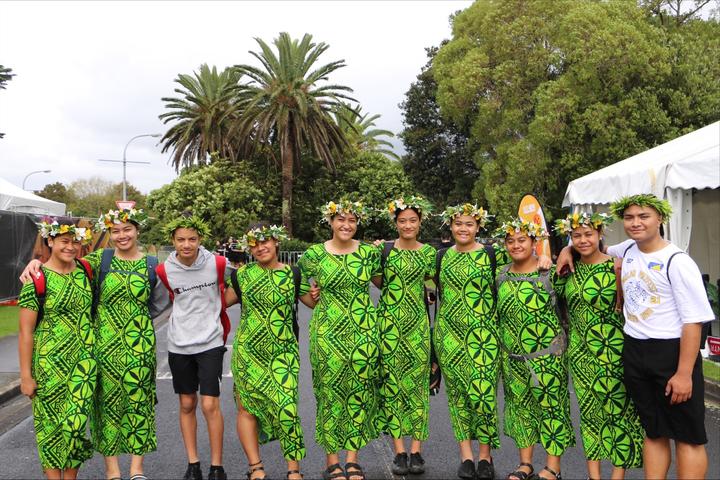 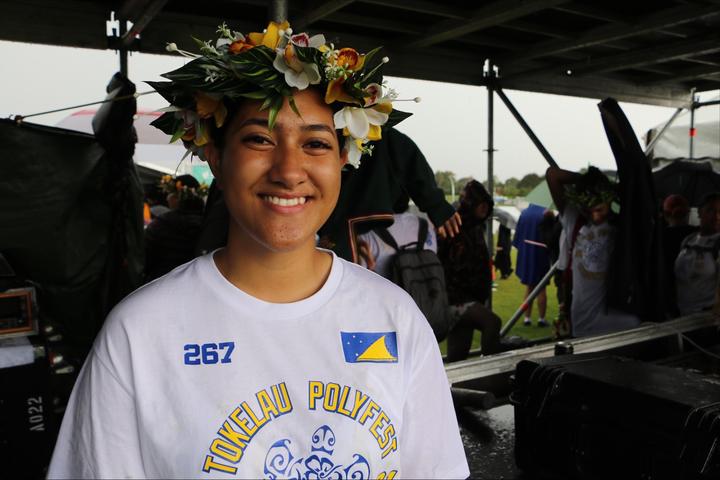 Manurewa High School Tokelau group leader Siniua Otto: "I feel happy and honoured that our school’s one of the first to perform for the Tokelau group". Photo: RNZ / Mabel Muller 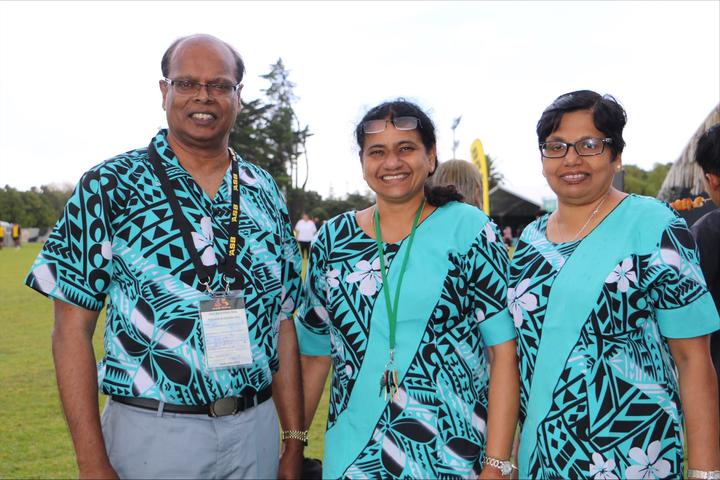 Sri Lankan teachers from Manurewa High School happy to have a group of non-Sri Lankan students representing the culture at Polyfest this year for the first time. Photo: RNZ / Mabel Muller 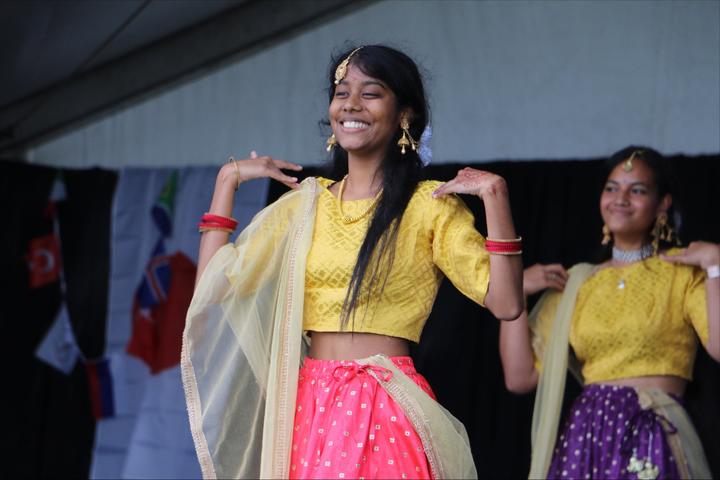 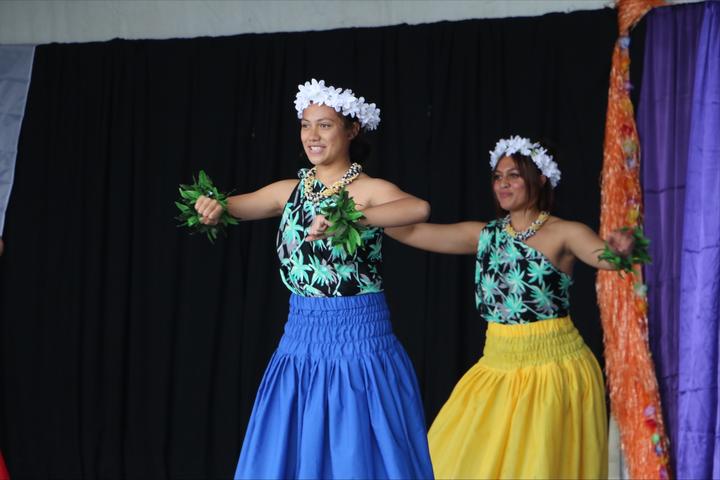 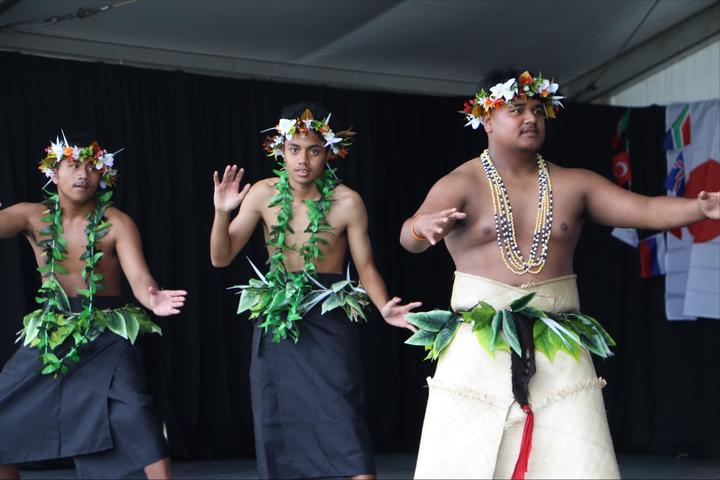 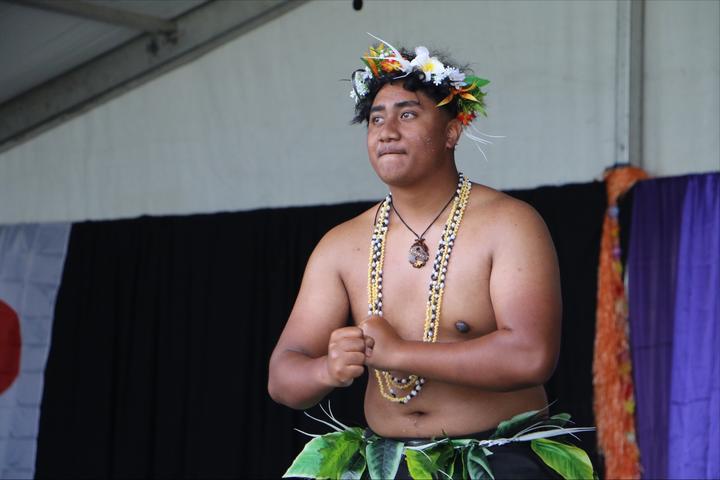 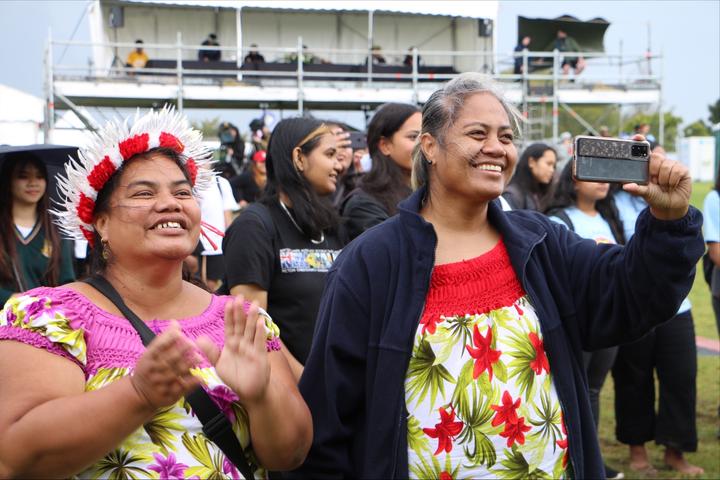 Polyfest 2021 will continue tomorrow with more performances and speech competitions across the four stages. The festival will run until Saturday. 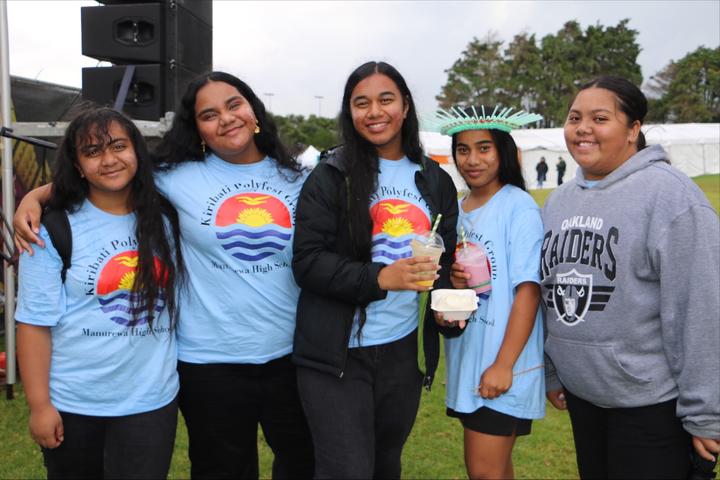