An investigation has been launched after eight gannets were shot dead at the colony at Muriwai Beach, on Auckland's west coast. 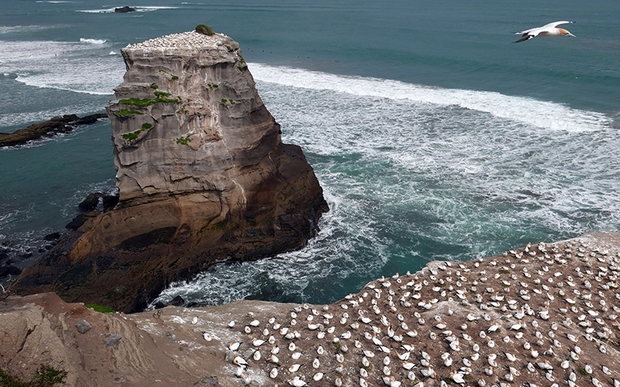 The dead tākapu were discovered last month after Auckland emerged from its alert level three lockdown.

Some were shot multiple times, he said.

The Department of Conservation (DOC) and police are investigating.

CCTV footage from the area in the days leading up to the discovery is being provided to the investigation teams, Bell said.

"Volunteers from within the community have spent countless hours protecting the birds from introduced predators and we never would have seen the need to protect them from people," Bell said.

Like all native wildlife, gannets are protected under the Wildlife Act.

The maximum penalty for killing protected wildlife is up to two years in prison or a fine of up to $100,000.

Anyone with information is being urged to contact police.