Official records show the security guard who tested positive for Covid-19 last week was last tested in November - six months ago - despite an expectation of fortnightly testing.

The Grand Millennium Hotel, which is being used as a managed isolation facility, in Auckland CBD. Photo: RNZ / Dan Cook

Head of the Ministry of Business Innovation and Employment - which oversees quarantine - Carolyn Tremain made the revelation in front of a Parliamentary select committee this morning.

She told MPs the 24-year-old guard - known as Case B - was a relief night-shift worker who worked regularly at the Grand Millennium hotel.

Under questioning from National MP Chris Bishop, Tremain confirmed the worker should have been tested every two weeks.

She said there were "inconsistencies" in the testing records and her officials were still checking the data.

"What we are in the process of doing now is verifying with the employer what their records are."

Tremain was unable to explain why the records were inconsistent and could not say how many MIQ workers had missed tests they were legally required to take.

The man, who was unvaccinated, tested positive four days after having a sore throat.

Three MIQ staff at the Grand Millennium hotel have tested positive for Covid-19.

All three cases are genomically linked. 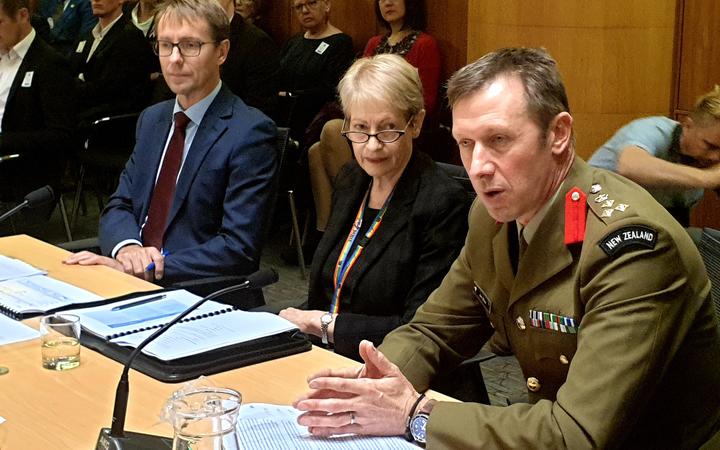 Speaking to media later, National leader Judith Collins said she was "floored" to hear the news.

"The public has been promised for months that all of the frontline border facing staff were being tested regularly," Collins said.

"And now to find out [the guard] hasn't been tested for months and he's the staff member who's got Covid? It's just unfathomable."

Meanwhile, government security roles for managed isolation and quarantine (MIQ) facilities have only recently been advertised, eight months after the government decided to hire its own security force instead of using private firms.