Residents are furious that polystyrene waste has been scattered across more than 7km of Wellington's south coastline, including a marine reserve, and are calling on authorities to do more about such incidents. 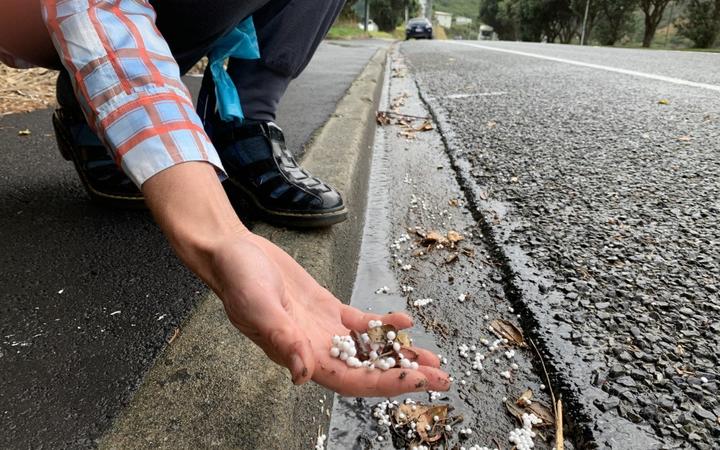 Ōwhiro Bay resident Jade Lorier was among those out collecting the waste from streets and front lawns, and said it was blowing into streams, drains and out to sea. 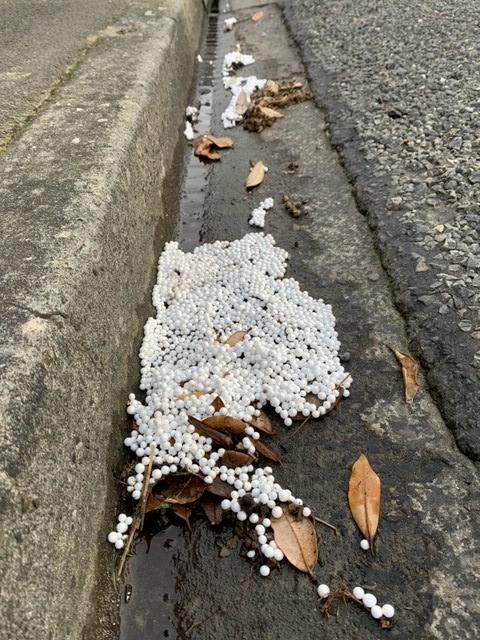 Polystyrene is not biodegradable.

"I'm really worried about the health of our stream. We've got native eels, as well as fish, I'm worried about the wildlife in the marine reserve," Lorier said. "We're trying to protect and restore this area, and this is just an absolute nightmare for the south coast.

"I'd like this person to be held responsible, it's an environmental disaster. I'm furious."

The incident has led to an outcry on local Facebook groups for action against ongoing pollution blown from three nearby landfills on Happy Valley Road, and from unsecured loads being driven to them.

Lawyer Adam Holloway was among those cleaning up the polystyrene and said there was "constant fresh rubbish" being blown onto the street and the coastline. "It's disheartening," he said.

"I'm sure we didn't get them all, and next time it rains whatever is left over will flow into the gutters, and from there into the stream, and from the stream into the marine reserve."

He's among those who have called for councillors and staff to front up to a meeting to tell residents what powers they have to act, what powers they need to have to be able to make a bigger difference, why they aren't taking more action, and what could be done to create a better system.

"I'm disappointed this happened [the scattering of rubbish], but I'm hopeful it'll be a catalyst for some productive conversations," Holloway said.

A man who asked not to be named told RNZ he had spotted the driver as they were shedding the polystyrene. He followed the trailer into the tip on Happy Valley Road, where he confronted the driver, telling him he should cover his load, and that the balls he was shedding could kill fish.

He then reported the incident to the council, but said the staff member was dismissive and said it was a minor issue, and he didn't hear back from them.

"The beans were blowing out like it was Christmas. [The man driving ] was a contractor, but he should know better, he could have covered his load.

"Polystyrene is the worst product ever, it's so bad for the environment... and there's millions of them.

Wellington City Council chief infrastructure officer Tom Williams said the source of the trail of polystyrene balls has been found using CCTV footage, and officers were considering action under the Litter Act.

"The person in question has come round from Lyall Bay all the way round to Ōwhiro Bay, and there's been actually polystyrene all the way round that coast. This is a lovely maritime environment, and a single act of stupidity can ruin it for everyone."

A street sweeping truck was sent out to help clean up, and sumps were checked and in good condition and should block the polystyrene from flowing through them into the stormwater system. 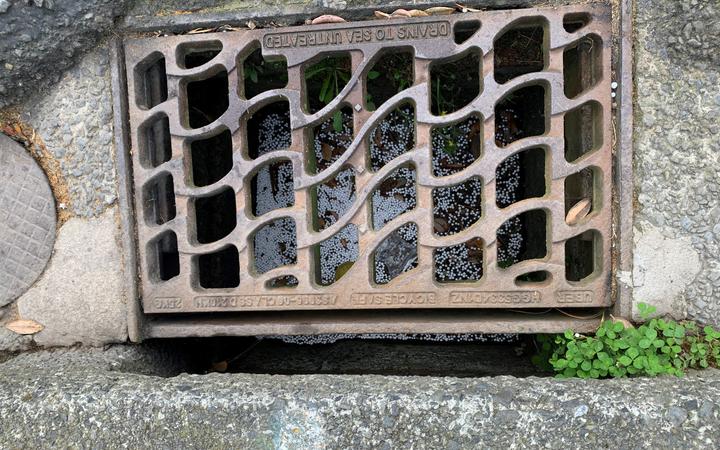 He disagreed that council was toothless in enforcing rules against littering and polluting: "There's a series of fines we can issue, and infringement notices under the Litter Act.

However, actions taken against people under the Litter Act were rare, he said.

"Once or twice a year, it's a relatively infrequent event. Most Wellingtonians do behave responsibly when it comes to this sort of thing."

Call for some fresh thinking on polluters

Another southern bays resident Kedron Parker said the council's response to the ongoing problem was just about invisible.

"Today, there are people all over the coast sweeping up these little balls. These minor issues, over time, are building up and having a big environmental impact - so we need the environmental authorities to know what's happening. There is decades of community anger and disappointment around this which must be acknowledged."

She said a new approach was needed and some fresh thinking.

"This is a systems issue. Handing this to the police is not the easy answer. All that's really needed is a way community members can note issues as they see them, with car rego information, and that the authorities can follow up in a way that is quick and in proportion to the issue.

"We need to influence people's behaviour. It's doable, affordable, low-hanging fruit. We want people to know this is a windy area and to cover their load. And we want people to know why - this is about culture change, it's about the south coast, our water quality, and the wildlife in the marine reserve."