Wellington's Owhiro Bay residents are fed up after more than two decades of human waste making its way into their local stream and bay. 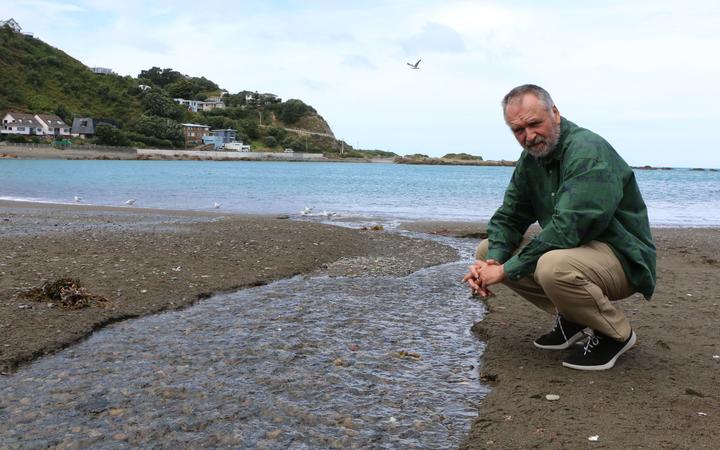 Over 20 years, the bay and its swimming spots have been opened and closed, but the levels of contaminants continue to get worse.

And to make matters worse, Wellington Water still doesn't know what all the causes of the pollution are.

"Our community is good enough to receive about 20 percent of the city's sewage but not good enough to live in a safe environment and enjoy a marine reserve free of human sewage."

He said when the figures are doubled, the Ministry for the Environment said you have a one-in-20 chance of catching something, like a stomach bug or campylobacter.

The magic number is 280cfu per 100 millilitres - the maximum contamination level that's considered safe for swimming. Cfu is a measure that indicates the level of bacteria in the water.

Routinely over January and February the readings have run into the thousands.

For example, the day that Wellington Water and the public health officer reopened the beach - 30 January - the contamination was 1100cfu/100ml, he said. Within days of the beach reopening, it had climbed to 5900cfu/100ml.

"What we have is a crisis right here, right now that requires immediate investigation and immediate remedial work," Doyle said.

He was one of several residents who presented their concerns to the Greater Wellington Regional Council today - asking it as well as other local agencies - to find and fix the sources of sewage contamination in the local stream.

He said residents were aware the council could point to long-term plans to fix the pipes, but said the community wasn't prepared to wait till 2040 for a solution. 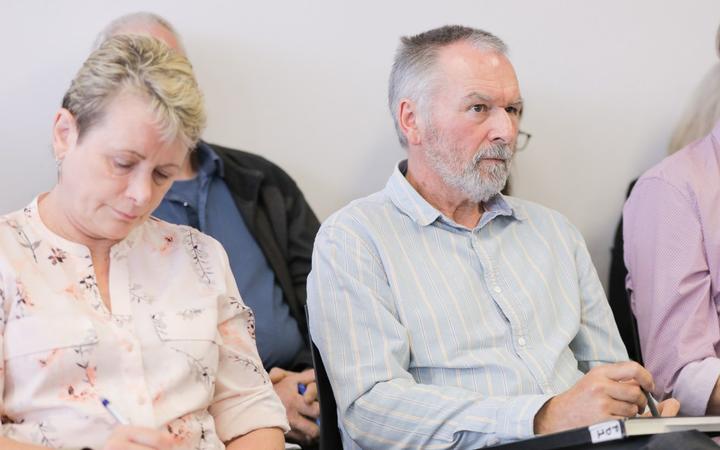 Regional council trying to trace all sources of contamination

At the meeting today, the Greater Wellington Regional Council's water team said those figures don't surprise them - and that's not the worst of the readings from the region.

Wellington Water's stormwater chief adviser Benjamin Fountain said there is an ongoing investigation to work out where the high contaminants and human waste are getting through.

"What we've found is three cross connections within Owhiro Bay catchment and there may be more."

He said cross connections happened when a private property has connected its waste water connection to the storm water pipe sending it to the streams and harbour.

But there were other driving forces behind the pollution too, he just wasn't sure what they were.

"It's not the only problem, there are wider issues in the network and we're continuing to track those down... That's what the investigation is for."

Regional councillor Daran Ponter could not understand that this was still an issue in the 21st century.

"Either we've got thick plumbers out there who just don't know how to connect things properly, or the network operator is not plumbing back through the pipes to actually work out what's being connected." 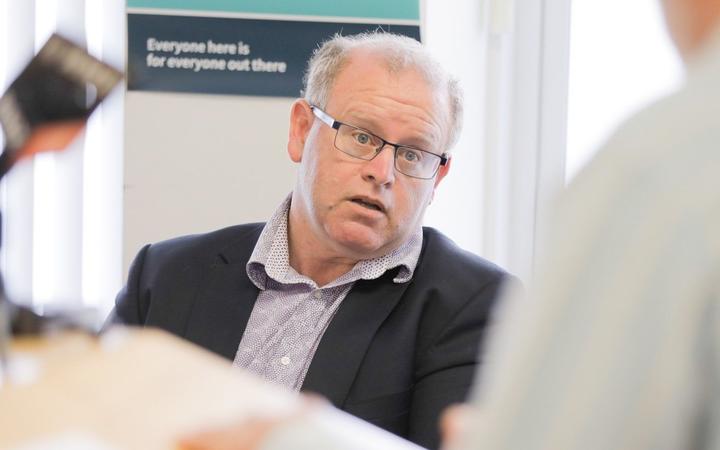 Regional councillor Daran Ponter is puzzled that the polluted waterways remain a problem for the region. Photo: RNZ / Dom Thomas

Resident of 30 years Catherine Skinner said it has been going on for decades but nothing has been done, which is making the problem worse.

"There is a lot of talk about the planning and talk of the future, but there were no indications of timeframes to do things."

The year 2040 had been thrown around, but it wasn't clear if that was a deadline for clean water, or simply for plans to be under way, she said.

Skinner said it was scary to hear Owhiro Bay is only one of many dangerously polluted waterways in the region.

A recent crisis at the Moa Point wasterwater plant had meant dozens of trucks - which Doyle dubbed 'turd taxis' - were trucking sludge from Island Bay along the coast to the Southern Landfill as pipes awaited repair.

"Imagine what we're going through at the moment living with this tsunami of faecal material coming in trucks, coming down our stream and into our bay," Doyle said. 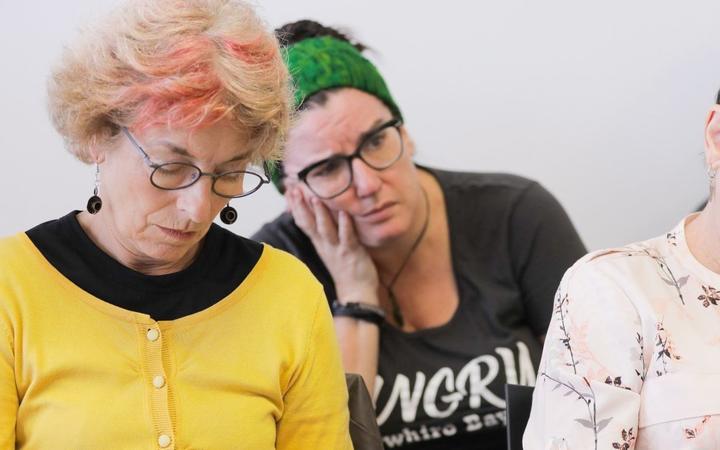