This morning Director-General of Health Dr Ashley Bloomfield said he could not imagine the strain the South Auckland family were under and reiterated that his focus remains on eliminating the outbreak. 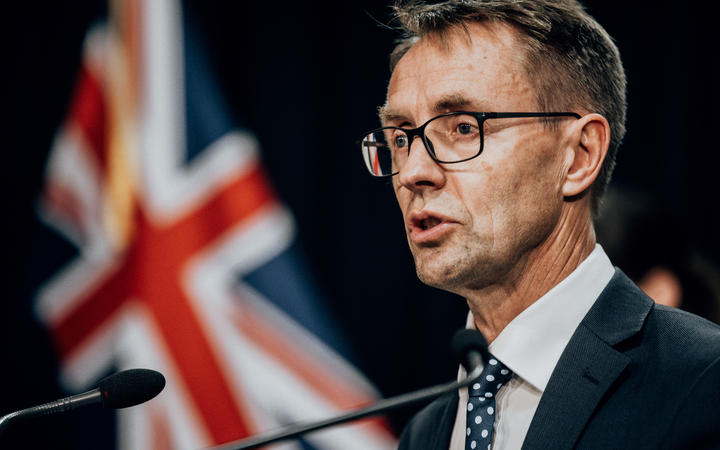 Dr Bloomfield has also indicated those who breached self-isolation protocols and sparked the latest Auckland lockdown won't be prosecuted by police.

Prime Minister Jacinda Ardern yesterday expressed anger that the mother of the latest community cases had gone for a walk during an earlier level 3 lockdown with the mother of another family later identified in the cluster.

Last week it emerged a 21-year-old KFC employee in the family also breached health advice and went to work instead of self-isolating before going into quarantine.

Dr Bloomfield said the South Auckland family were well aware of the gravity of what had happened and his priority remained eliminating the outbreak and ensuring people felt safe coming forward for testing. Five members of the family were infected with the UK variant.

"I can't imagine the stress that these people feel at the moment," he said. "In fact, I saw a story this morning that they 'feel the weight of the nation on their shoulders'. I think they have a good sense of the fact they didn't comply with what they should have been doing.

"I would be very reluctant to do anything that would actually deter people from coming forward and being tested. We need to actually all be in this together and people being tested is fundamental to us being able to respond effective."

He said it was widely accepted that taking a prosecutorial approach to the latest breaches would hinder people coming forward.

Dr Bloomfield must refer matters to police for a legal prosecution to proceed, but he told Morning Report he wasn't convinced this be a productive move.

"I was just need to be convinced that it was actually going to be a useful thing to do rather than a counter-productive thing to do and we've seen other commentators making the same point." 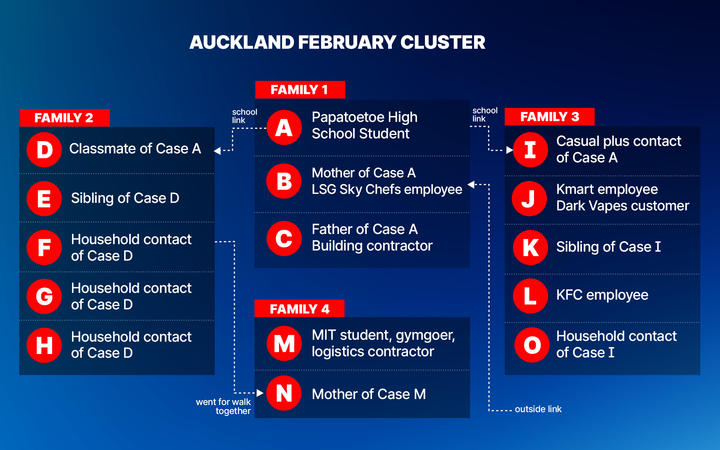 There was further criticism this morning about the government's Covid-19 messaging in the wake of breaches.

Dr Bloomfield said, although such new terms needed to be explained better, this wasn't that relevant when it came to self-isolating instructions to the South Auckland family, which he said were clear and straight forward. Two family members are Papatoetoe High School students.

"The terminology like casual or close contact, or casual plus, that's a good point, that could be confusing. But what isn't confusing is the instruction and the information that are given to people about what to do when you are asked to isolate, the instructions around getting a test and what to do after a test. We've been pretty consistent in that messaging and we have gone to a lot of effort to ensure that messaging is translated into a range of languages."

He said there was clear messaging on the need to ensure children at Papatoetoe High School got tested, stayed at home and to only return to classrooms once a negative test result came back.

He said those "residual few" who did not get their children tested were phoned 10 to 12 times over the period of a week.

Prime Minister Jacinda Ardern is backing the level of official communication with the South Auckland family.

Rather that getting into "a back and forth on that" Jacinda Ardern said they would "go back and do our bit and see what can be done to improve on our side".

"The simple message remains the same, if we reach out and ask for family members to get tested please do as soon as possible as it saves everyone a world of pain," she said.

Ardern said the family had been hard to get hold of after the Valentines Day outbreak, despite emails from the school and about 15 text messages and phone calls.

She could not say whether they were received, "but certainly you can see attempts were made; messages were put out around needing every student to be tested, that's why the school was closed".

She believed none of the families "intentionally set out to break the rules or do harm to others," but said "we were pretty clear on what we wanted the students to do".

Manukau councillor Efeso Collins had also suggested popular social networks such as TikTok should be in the mix to reach the young.

Dr Bloomfield said the ministry supplemented its regular media updates with use of various social media platforms and worked with community figures and online influencers to get their message across.

"We absolutely use a range of voices and channels, different ages, different ethnicities. In this particular instance, in addition to information going out through the school community, you can imagine students are pretty active on social media on a whole range of platforms as well.

"So, I'm confident there would have been a fair bit of information-sharing happening in the community. That's probably the most important way the information gets out, particularly for young adults and teenagers."

Dr Bloomfield said it was too early to say whether level-3 lockdown in Auckland would be lifted on Sunday, but added that if everyone stuck to the Covid response rules across the country, coming out of lockdown would happen quicker.