Prime Minister Jacinda Ardern has urged people to call out family and colleagues who are not following the rules of the alert levels.

She was speaking to media this afternoon after a Cabinet meeting, joined by Director-General of Health Dr Ashley Bloomfield.

Ardern says she understands people are frustrated about rule-breaches and changes in alert levels. She reiterates the various measures the government has in place and asks people to follow the rules.

She reminds New Zealanders we have had breaches before, and we have recovered from them.

"Quite simply, we cannot do this alone," she says.

She says New Zealand's experience has been accompanied by high rates of compliance.

"Rule breaking can prolong that plan, so that is why I'm asking everyone now more than ever to continue to back and support one another and if that means calling a family member or colleague out for not following the rules then we should do that. Do it with kindness, but do it."

"Perhaps offering someone a mask on a bus if you see someone not wearing one, but on a larger scale telling a family member who you know should be isolating 'don't go out', or saying to a colleague who turns up to work when they should be isolating or are waiting for a test result 'go home'."

She says it is not an instruction to go tell authorities about rule breaking, or for people to do something they are uncomfortable with, but to confront people directly.

"Go and talk to your friend or colleague, if they're sick tell them to go home... I think we should all encourage one another to follow the rules."

She says there are support payments for those who are told to self-isolate.

"If you are told to self-isolate and you cannot work from home your employer or you - if you are self-employed - should be applying for the Covid leave scheme," she says.

"No one should feel pressured to go to work if they are told to self-isolate."

Earlier today, Ardern acknowledged the public's anger over the latest community cases after it emerged there was contact between two families that was not disclosed to contact tracers prior to the earlier family going into quarantine.

Case N - the mother of a student, Case M, who both tested positive on Saturday - met with the mother of the second family identified in the February outbreak, who had been told to self-isolate as someone in the household was a close contact of the first Papatoetoe High School student.

Dr Bloomfield clarified today the two mothers of the family had gone for a walk together.

That second family did not disclose the contact at earlier interviews, Ardern says, and what had happened is not tolerable.

"No one - in Cabinet, no minister, no politician, none of us that I've spoken to - think that this is tolerable. You know, what has happened here has been a clear breach and everyone is frustrated by it." 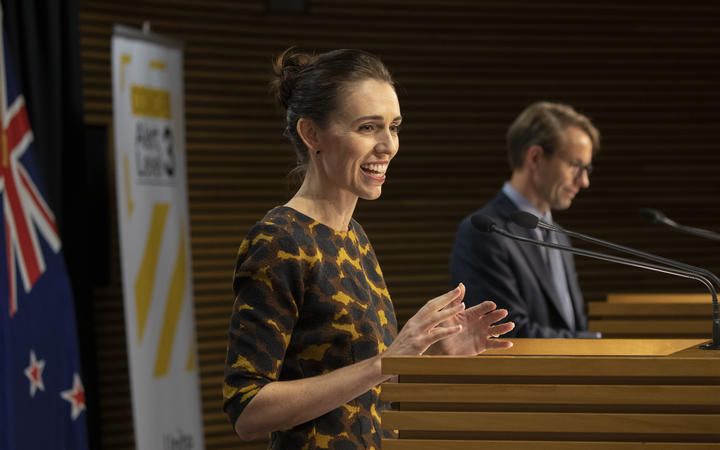 She says it is not for politicians to decide whether to prosecute those who breached the rules around self-isolating, however.

"The distinction that we've clearly made is that politicians aren't the ones that determine enforcement, and that's rightly so, but the provisions exist ... so people are able to be [prosecuted].

"We rightly so have the independence between politicians and police and I need to maintain that but no one is accepting that these breaches are okay. They were not, clearly everyone is paying the price."

She says those rule breakers are already facing the consequence of having the full judgment of the country.

Police would not be interviewed but in a written statement said that in cases where individuals have failed to comply with specific orders from health officials to self-isolate, police may investigate when referred relevant information by the Ministry of Health.

"At this stage, we have not received referrals and we continue to focus on working with individuals, whānau and communities to support them to isolate and be tested. Police will continue to work with Public Health as we have to date, including to assist finding people who should be isolating and who prove difficult to find."

Breaches of self-isolation rules have characterised the Auckland cluster, prompting calls for stricter measures to enforce self-isolation and protect the community.

The February outbreak was identified on 14 February and close contacts - relating to Papatoetoe High School - were told on that day to self-isolate.

The very next day contact occurred between two families, at least one which was told to self-isolate, Ardern says.

She says close contacts are contacted by a public health unit and are also subject to welface checks to ensure they are at home and doing what they need to be doing.

"These checks happen. In this case we had a clear breach."

"We don't leave it to chance, and we don't solely leave it to trust ... we do our bit, we expect people to do theirs as well."

Asked if it was time to stop using a high-trust model and to introduce a kind of domestic managed isolation, Ardern said ultimately there were multiple layers to protect against breaches.

"But when you have people flout the rules multiple times, and particularly within a short space of time, you can see the consequences.

"The family here did go into quarantine, but in the small window of 24 hours when we were at level three, they broke a rule, never told us about it, and we've seen the consequences."

People who live in the same household as border and MIQ workers will start to be vaccinated this week. There are about 50,000 of them, Ardern says.

The next group after border workers and their families to be vaccinated will be front line non-border health workers, Ardern says.

Cabinet made the decision today.

She says this comprises about 57,000 people, including staff who are at the front line interacting directly with patients. The group should start to be vaccinated this month, but sometimes the health workforce is also vaccinated when vials have been taken out of cold storage for use, to avoid wastage.

There will be an update on the vaccine roll-out on Wednesday, Ardern says.

Dr Bloomfield reiterated the Ministry of Health's announcement there were no new community cases and one new case in managed isolation to report today.

There are 21 close contacts who are classmates and a teacher of case M, who attended Manukau Institute of Technology last week while potentially infectious, Dr Bloomfield says. They are required to self isolate for 14 days and be tested twice during that time. Health officials are in daily contact with them. 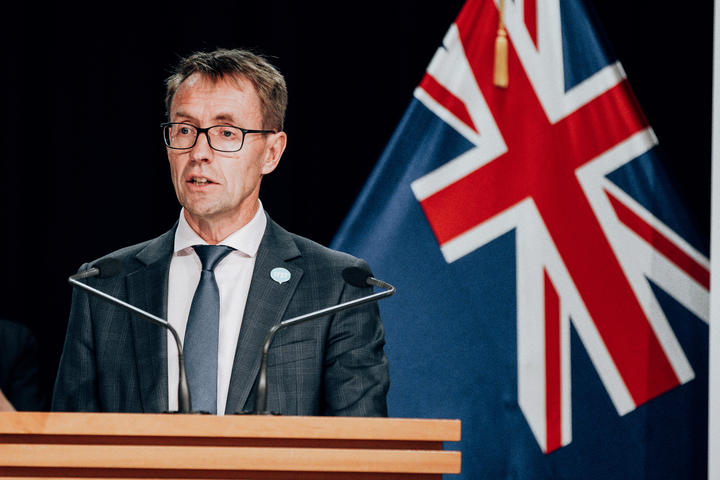 There are 21 casual-plus contacts, people who were in the student centre or cafe at the same time as case M. They are required to be tested, and isolate until they receive their results. Dr Bloomfield asks students and staff at MIT to check the Ministry of Health's website for further details.

There are also 154 people who attended the gym around the same time as case M. They are being asked to get a test and isolate until they receive their result.

He also confirmed there are no close contacts of case M who had left Auckland since the potential exposure event.

Alert level settings are not expected to change for at least a week.

The person is being referred to as Case O and is a household contact of Cases I, J, K and L - five members of a South Auckland household, who were moved into quarantine on 23 February after case I tested positive.

Dr Bloomfield says genome sequencing on the latest community case, reported last night, is expected back tomorrow. Case O is a relative of people who tested positive on 23 and 26 February. The entire household moved into quarantine on 23 February.