Some South Auckland GPs were turned away when they tried to get vaccinated for Covid this weekend after spare doses became available. 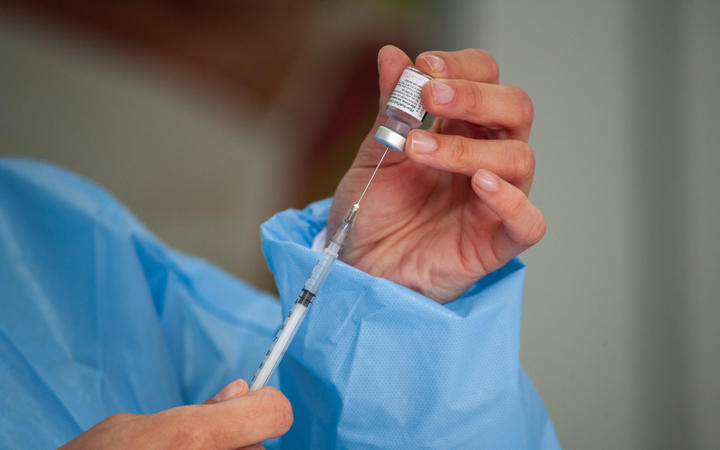 That's despite them working on the frontline of the outbreak of 15 people centred around Papatoetoe High School that has sent the city back to alert level 3.

The city's district health boards (DHBs) had leftover vaccine after a week of border worker rollouts so offered it to health workers before it spoiled.

But several South Auckland GPs who turned up to get a dose were denied one, leaving them distraught.

The College of GPs president Samantha Murton said one of those turned away was a doctor in his sixties who was swabbing every day in his South Auckland clinic.

"It's just soul destroying because from a GP perspective we've worked extraordinarily hard to make sure any Covid in the community is hunted down," she said. 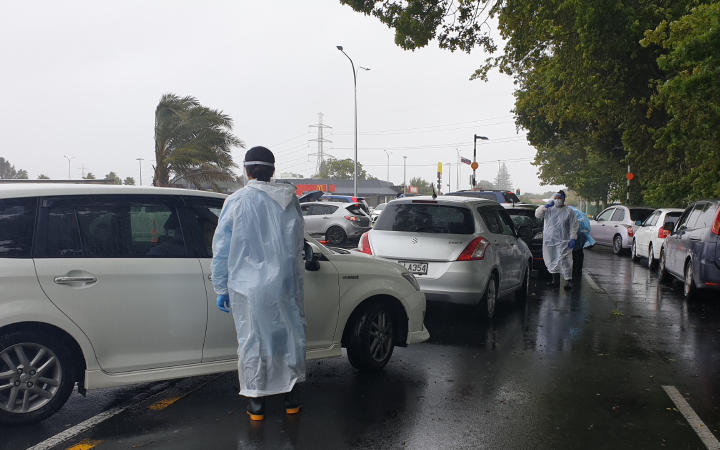 An email from the DHBs inviting people to get a vaccine was shared widely but when the GPs turned up they were told it was only for DHB staff, Murton said.

South Auckland doctor Api Talemaitoga said his colleagues were under the pump, dealing with huge testing numbers and potential Covid-19 cases every day.

"It was like a slap in the face that they weren't considered frontline enough to be offered the vaccine," he said. 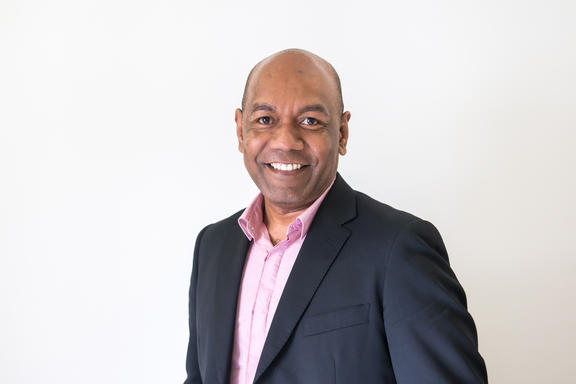 Api Talemaitoga says excess vaccines should be given to GPs testing people in the community Photo: Supplied

RNZ understands doctors and nurses at some providers, like South Seas Healthcare which runs a big testing centre, were able to get vaccinated, and their fellow GPs are pleased for them.

But Murton said some DHB employees who were given vaccines worked in lower-risk jobs, and the DHBs needed to prioritise doctors and nurses who dealt with potential Covid patients.

Another GP, who worked at the heart of the current outbreak and wished to remain anonymous, said he was incredibly disappointed to miss out.

The DHBs needed to be flexible and change their plans to react to outbreaks, he said.

"A plan that made sense with the information from two weeks ago may not make sense now," he said.

The city's DHBs emailed GPs yesterday afternoon apologising for the confusion and asking them not to keep turning up to try to get a vaccine.

They told them they were looking at ways to improve the way they distribute leftover doses.

Taliemaitoga said GP clinics were doing the testing work for the DHBs and "needed to be listened to and respected".

"I really think if there is any excess of vaccine in the future then the offer is given to these people doing this work at the frontline," he said.

RNZ asked the DHBs for details on the situation but a spokesperson said they were busy dealing with the latest community cases and would provide details later.

Back-up plan in place for any extra doses available - Ardern

In a post-Cabinet briefing in the afternoon, Director-General of Health Ashley Bloomfield said it was expected there would be five doses of the Covid-19 vaccine in each vial, but nurses had been able to get six doses out of each vial. There were also some additional vaccines sent out to locations in case there were breakages or wastages, which were then not required.

"So we found in all our locations that that there was going to be vaccines that were going to expire, because it needs be used within five days [from when they are taken out of -70C storage]."

He said he spoke with the chief executive of Waitematā DHB on Thursday and they agreed to bring forward vaccination for frontline health workers who weren't expected to get it until later this month, instead of letting the doses expire.

"In fact, around 1500 have been able to get vaccinated over the last few days and that process wasn't all locked in because it happened all sooner than we expected it would.

"But we got many, many frontline health workers [vaccinated] from both within our DHBs and from the community. Some turned up without a booking, and more turned up than vaccine was available, so some didn't get vaccinated then but will get vaccinated next."

Prime Minister Jacinda Ardern said they had a back-up plan where they had people on standby to be vaccinated if there were extra doses available, as per advice given from other countries that were undergoing vaccination campaigns.

"We may have overflow from lack of wastage, getting those extra doses out, we may have for some reason individuals who have not made appointments, so then we do mop-ups with additional staff."

She said an added challenge was the shelf-life use of the vaccine.

"Everyone knows about the requirement to store the vaccine at -70 degrees, they might not know that within each vial are six doses. Those doses once they're out of cool store have to be stored at -2 to -8 degrees and we get a five-day window there, but that then has to be diluted and once it's diluted its shelf life reduces again.

"Some countries have used their ingenuity to instead of getting five doses, they're getting six. To get that sixth dose, you have to use a different syringe. So that is the complexity of delivering what otherwise would seem like a straightforward process."

With a limited of number of vaccines, Ardern said it still made sense to priortise those at highest risk of exposure followed by those at risk of transmission.

"Certainly what Cabinet has been discussing, as we move through and have a higher number of vaccines available, at what point do we start using quite open criteria so we can improve the efficiency so that's what we're working through at the moment."

New Zealand is still in an elimination strategy, Dr Bloomfield said, and therefore the important thing was not when people get vaccinated but the fact they would do so.

"The more people get vaccinated, the better, so that's the aim of this year. In the meantime, we're in an elimination strategy and the most important thing is we vaccinate people as many people as possible."