There are no new cases either in the community or in managed isolation and quarantine, Director-General of Health Ashley Bloomfield says.

Speaking at the usual 1pm media briefing, Dr Bloomfield said some of the swabs taken yesterday had not yet returned results, but the lack of new cases was encouraging.

He said the death of a patient at North Shore Hospital over the weekend has been officially been recorded as a Covid-19 death. This brings New Zealand's total to 26 deaths.

Auckland is on its second day of level three lockdown, after three new community cases were reported in the city on Sunday. They are a mother, father and daughter who live in South Auckland.

Bloomfield said this afternoon it was still not known how the South Auckland family became infected with Covid-19 but a number of leads were being followed.

The household contact, workmates of the father, the people who travelled to Taranaki in the car with the family on Waitangi weekend and 14 people out of 36 identified as close contacts at Papatoetoe High School have tested negative for Covid-19, Dr Bloomfield said.

He said contact tracing had now identified 109 close contacts. More than 2000 other contacts have been identified as casual plus and added to the Ministry of Health's National Close Contact Tracing system.

He said investigations were ongoing at SkyChef - the workplace of the mother - to try to establish if that was the source of infection.

Anyone who had been tested because they were at a place of interest and tested negative was free to go about their daily lives, he said, but if they do develop systems please isolate and seek a test. 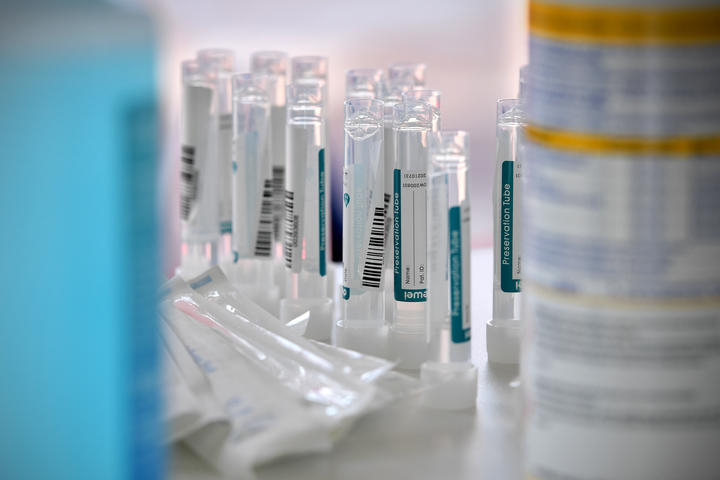 Daily waste water testing for Covid-19 has been initiated for New Plymouth and Hamilton, he said, and was already under way in Auckland.

Yesterday, no new community cases were found, and five new cases including one new historical case were identified in managed isolation and quarantine.

It would be operating at 50 percent capacity for the first two weeks and only the lower floors will be used while lifts were upgraded and replaced.

He says the CCTV upgrade is now complete, and new strict procedures have been implemented that limit peoples' movement around the hotel.

Corridor ventilation would now operate there 24 hours a day and the airflow out of individual rooms will be controlled. Changes to testing would also help reduce the risk of infection, he said.

Recent returnees in managed isolation would now have to be allocated time if they wanted to leave their room for exercise or to smoke.

"I can also confirm that the lessons learned from this experience and the changes made at the Pullman are being rolled out across the wider MIQ system."

The overall confidence level in saliva tests compared to PCR (nostril tests) was lower and would require as much resourcing as PCRs, which are considered the gold standard of tests, he said.

He reiterated Ardern's comments yesterday that saliva tests were being used at some facilities, and further use in future was not being ruled out.

Dr Bloomfield said he could not guarantee every infection of Covid-19 would be picked up by the testing carried out but that higher alert levels would reduce the chance of transmission.

The alert level is set to remain in place until midnight on Wednesday, with Cabinet reviewing the situation every 24 hours.

Hipkins this afternoon said there would be an update on the consideration of alert levels tomorrow, and the decision would depend on the information attained before then.

It was still too soon to speculate whether alert levels would change tomorrow night, he said.

A government spokesperson confirmed later this afternoon that Prime Minister Jacinda Ardern and Director-General of Health Dr Ashley Bloomfield would make the announcement at 4.30pm tomorrow.

Hipkins said the government was actively considering efforts to increase use of the Covid-19 tracer app, including the possibility of making it mandatory.

Use of the app increased significantly during an outbreak, he said, but dropped off when people felt like there was less risk.

Officials last year looked at whether people should be required to scan in with the app at big events and in places like bars and restaurants, where physical distancing is difficult.

Hipkins said one of the reasons he had been hesitant to make using the app compulsory was the potential compliance cost.

He said officials were also considering what is done overseas.