Pulling the trigger on lockdown 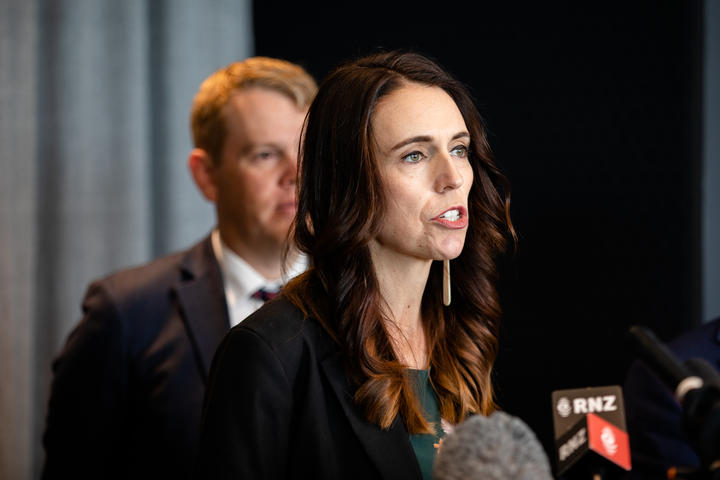 From the moment a laboratory worker finds that alarming positive test result from a community case, the race is on to trace the source of the latest Covid-19 outbreak and shut it down.

Today, The Detail looks at what happened in the crucial first 24 hours after a south Auckland mother and daughter tested positive, that led to Auckland's level three lockdown and alert level two for the rest of the country.

Newsroom.co.nz political reporter Marc Daalder says health officials in Auckland and Wellington were alerted immediately. By the next morning the Covid-19 Response Minister Chris Hipkins was told of the initial two positives, followed by a third (the father) later on Sunday.

Details of the new cases were revealed at a 1pm press conference, where Hipkins also announced the Prime Minister was cancelling her Big Gay Out appearance in Auckland and flying to Wellington for a cabinet meeting. It was then that Daalder, who has investigated many aspects of the pandemic, got a feeling that the situation could escalate.

At the same time as health officials were taking those initial urgent steps, Daalder says the first modelling was underway using the immediate information about the cases. Within an hour it gave an estimate of the possible spread in the community; more specific models were also working on more accurate scenarios.

Daalder explains the "unique fusion of technologies" - the modelling combined with genomic sequencing to create a "holistic picture".

The technology was used in the November case of the defence force worker and helped avoid sending the country into high alert levels.

"In the end, learning that this case was connected to other cases and learning that, given the incubation period and where they live and so-on, that any potential spread would be quite limited, meant that we could avoid escalating alert levels.

"It’s several hundred million dollars to put Auckland into level three for three days and that (in the November defence force cluster) was avoided by a couple of million dollars of investment in the genome sequencing and the modelling work."

This time round there were other factors in play, including the fact that the variant we are looking at is the highly infectious UK version.

Daalder lays out the sequence of events that this time led to the 7pm press conference where once again we watched Jacinda Ardern change the landscape in a bid to stop the spread of Covid-19.