New Zealand's bid to increase the amount of orange roughy commercial fishers can catch has hit a snag. 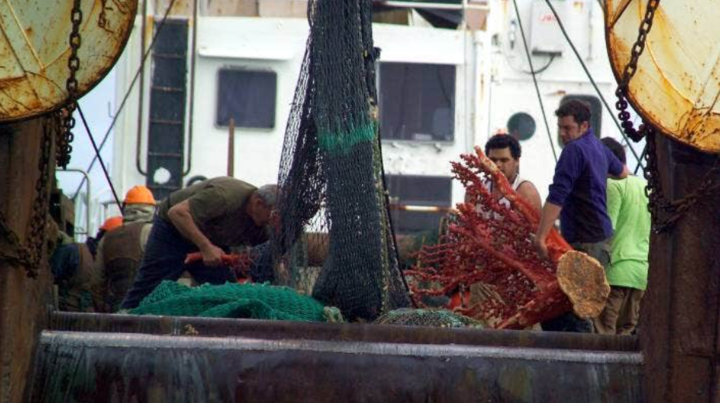 A picture supplied by Greenpeace of coral being pulled up by a trawler. Photo: Greenpeace

It's been revealed one of NZ's deep sea trawlers has accidentally destroyed a large amount of coral and sea sponges, forcing the temporary closure of one area to fishing.

No further details were revealed but the rules that apply to the Tasman Sea, outside a country's exclusive economic zone, state a vessel must move on if it catches more than 80kg of stony coral or 60kg of soft coral.

One of those observing the meeting where the destruction was revealed, conservationist Karli Thomas, said whatever was brought up by the vessel may only tell part of the story.

Karli Thomas felt embarrassed as a New Zealander to hear one of this country's vessels had destroyed coral that would now take decades to grow back.

"Some of these corals can be hundreds of years old. They're like the Kauri of our ocean. And we're basically bulldozing them with trawlers to catch a small amount of fish that's a really small part of New Zealand's fishery."

The destruction was revealed at the same time as the New Zealand delegation, made up of MPI officials and fishing industry representatives, pushed for a doubling of the amount of orange roughy that was allowed to be caught in the Tasman.

Karli Thomas said this went against the scientific advice.

"So the Scientific Committee that advises this commission has advised three different catch limits for the Tasman Sea based on the three stocks of orange roughy. New Zealand's trying to sideline that science and lump it all together and make one total catch limit for the Tasman Sea."

One of the country's foremost experts on the seamounts where the corals grew and the orange roughy thrived, was Dr Malcolm Clark from Niwa.

He agreed having one catch limit across the Tasman, as proposed by New Zealand, was a bad idea.

"With seamounts, they can be individually depleted to very low levels very quickly. So it's important to spread the catch across seamounts and across the regions for both orange roughy and for limiting the unintended catch of the corals and sponges."

The rule that required trawlers to move at least one nautical mile away from an area when corals were hauled up in large amounts, was the best means of protecting these ancient forests, he said.

The consequences of not doing this could be seen on the Chatham Rise.

"Even after 20 years since fishing was stopped, there is no sign of the original coral communities coming back. That's why we're thinking we're talking multiple decades or even centuries for a seamount community in the deep sea to recover and hence management really has got to focus on protecting the unimpacted areas rather than relying upon stopping fishing and hoping the seamounts will bounce back."

RNZ was keen to find out how much coral was pulled up by the trawler and which company it belonged to.

Nobody from MPI was available to be interviewed.

In a statement which failed to answer most of our questions, MPI said the vessel moving on represented "sustainable management in action".

It said its proposed doubling of the orange roughy catch was based on an assessment by scientists from the Regional Fisheries Management Organisation.

Sealord, Talleys and Sanford, which all ran deep sea trawlers, say it was not their vessel responsible for destroying the coral.