A footbridge over a Blenheim river popular with walkers and cyclists needs "significant engineering work", but will remain open to the public while a replacement is built. 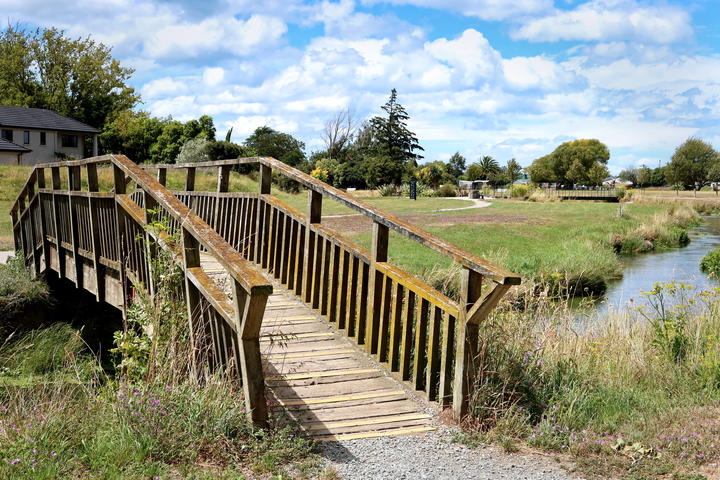 The existing bridge was built in 1988 for a Heart Foundation event. Photo: Chloe Ranford / LDR

The 32-year-old timber bridge across Doctor's Creek, in the Taylor River Reserve, has been deemed "still safe to cross" though, despite having "warped and twisted" timbers and worn down abutments, which carried the weight of the bridge.

But a report to the Marlborough District Council said the bridge had already been dubbed "unsuitable" for reuse in a new walking track in the Wairau Valley in its current state.

"[The] council needs to ensure that whatever equipment is recycled that it is safe and fit-for-purpose," the report said.

Ways the old timber bridge or its parts could be repurposed could be presented to councillors in a future report, it said.

An alternative had been found for the Wairau Valley loop track.

A council spokesman said the bridge had served the community through many floods and weather extremes, but its age was catching up with it.

The bridge was built to promote a Heart Foundation event in 1988, and joined the old pony club site to western Blenheim.

Removing the bridge and constructing a new one was expected to cost the council $80,000, pulled from its land subdivision account, which was funded by developer fees.

Taylor River regulars Evan Robinson and Robyn Stephen said they wanted a new bridge, but not the $80,000 price tag. 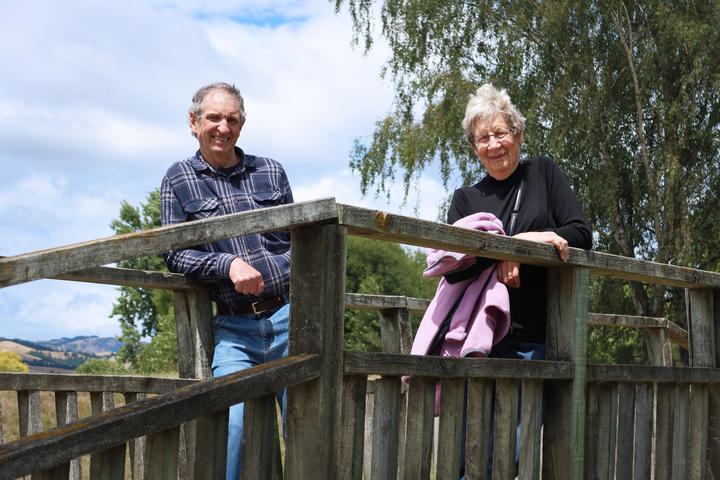 Evan Robinson and Robyn Stephen on the Doctor's Creek bridge, due to be replaced because it has significant engineering issues. Photo: Chloe Ranford / LDR

"Anything that helps cyclists, we're in favour of it ... But not at that cost. If you can't do it reasonably, don't do it at all."

Brothers Murphy and Makinley Plunkett enjoyed the "challenge" of cycling up the existing Doctor's Creek bridge, but thought a flatter bridger would be easier to get across.

"A flat bridge would be much cooler," Murphy Plunkett said.

"I'm one of those 'walking people' now, and I'm disappointed by the amount of animosity between walkers and cyclists along such a fantastic amenity for Marlborough," Muir said.

"I welcome any improvements to the area."

Construction would start in April, with most of the new 11-metre-long bridge built off-site, then craned into place downstream of the older bridge once foundations were in.

Documents submitted as part of the council's resource consent application to build the bridge, which it lodged last August, said the new crossing would look similar to a neighbouring bridge on the Taylor River, 55 metres away.

It would be built wider and flatter than its predecessor - which had a "restrictive width and steepness towards the hump" - to allow walkers and cyclists to cross in comfort. 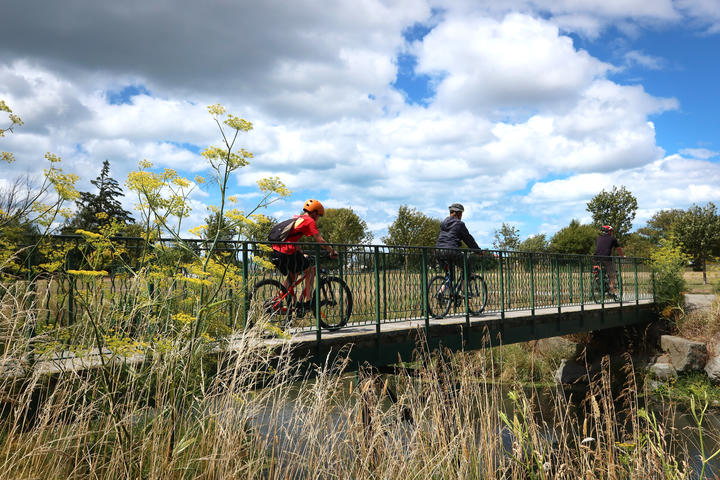 The new Doctor’s Creek bridge will look like its neighbour on the Taylor River, pictured. Photo: Chloe Ranford / LDR

This also allowed landscapers to cross on lawn mowers.

The old bridge would be removed once it was in place.

Davidson Group Limited had been engaged to build the new Doctor's Creek bridge. A completion date had not yet been set.

The Taylor River Reserve, which ran from the Taylor Dam in south Blenheim to Stuart St just off Park Tce, was a popular destination for dog-walking, cycling, kite-flying and exercise.

Last year the council doubled the width of its shared path along several stretches for about $500,000, allowing the reserve's users to better accommodate one another.

The reserve was currently the subject of a new dog control bylaw, which controversially proposed leashing dogs along the river. Concerns about the proposal dominated consultation on the bylaw, with dog owners - including the mayor - requesting the council keep to the status quo.