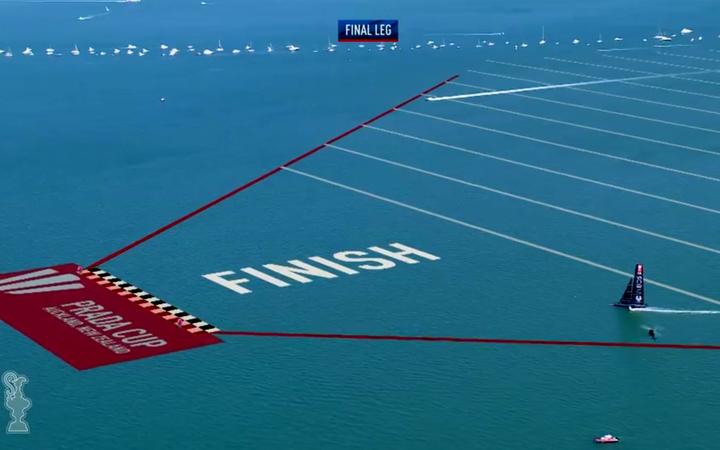 In an involved row over copyright for the augmented reality graphics on Cup racing, Coutt's companies filed an infringement claim against Taylor's Animation Research Limited before Christmas.

Coutts, an Olympic gold medalist and America's Cup winner, said he believed his companies had owned the graphic patent since 2010.

Today Taylor - who says he originally designed the graphics in 1992 and is the rightful owner - pulled his Virtual Eye Live graphic feature in protest at Coutts.

The graphics in question cover such things as superimposed borders defining the race course, lines on the water and sponsorship names.

"There are elements of it that we have left, we just thought we'd use today to make it really clear to everyone what it is we deliver."

He said it came as a complete surprise to learn that the America's Cup production company had apparently settled with Coutts.

"We had expected the production company to actually join us in defending our case. We found out yesterday through the media that basically they had done a deal with Russell Coutts and paid him a licence fee."

The graphic feature would only be pulled from today's coverage, and the Virtual Eye 3D graphics will still be delivered, Taylor said.