By Jonathan Barrett* for The Conversation

Opinion: The language we use to frame the talk of tax with has deeper philosophical implications, so lets get it right, argues Victoria University senior lecturer in taxation Jonathan Barrett. 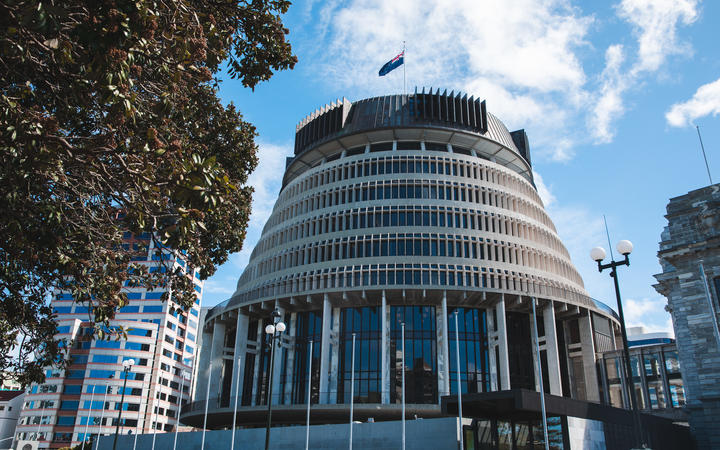 Rhetoric plays an important role in tax debate and therefore tax policy. If your side manages to gain traction in the public imagination with labels such as "death tax" or "dementia tax", you have gone a long way to normalising the labels and winning support for your cause.

Some truth underpins these particular labels - an estate tax is triggered by a person's death, and the United Kingdom's abandoned levy for end-of-life care would have been particularly relevant for dementia sufferers.

Nevertheless, these tags are essentially political messages and we should expect unbiased media to use neutral terminology. Fair reportage would not, for example, repeat the extreme libertarian claim that "tax is theft" - a baseless slogan incompatible with the rule of law.

However, both reputable media and politicians of every stripe invariably use the phrase "taxpayer money" to describe government funds, despite the phrase having no constitutional or legal basis.

This article argues that truth-based media should avoid the phrase, and progressive politicians should recognise they fall into a conservative trap when they repeat it.

Taxpayers don't own their taxes

Richard Murphy, one of the founders of the UK's Tax Justice Network and author of The Joy of Tax, explains that "taxpayers' money" is the money left in our pockets after we have paid taxes that are legally due. Money payable through taxes is the government's property.

This is quite easy to prove - try not paying your income tax and see if the courts will enforce government property rights in that money.

Murphy also observes that "taxpayer" is typically understood as "income tax payer", thereby implicitly preferring high income earners while excluding beneficiaries. But a goods and services tax (GST) ensures everyone is a taxpayer, and indirect taxes disproportionately affect the poor.

Similarly, at a local level, "ratepayer" has become synonymous with the propertied voice to which councils should pay heed, even though renters (rather than the registered ratepayer for a leased property) bear the effective burden of local rates.

If the government is the legal owner of its funds, then, does it hold tax revenue in trust for taxpayers? Not at all. Subject to the rule of law, governments can do what they choose with their money.

Elections decide how taxes are spent

Self-appointed watchdogs such as the Taxpayers' Union claim to bring government waste to public notice. Rightly so - as citizens, we should demand proper stewardship of government funds.

But our actionable right as electors is to vote a wasteful government out of office. The electorate as a whole, rather than an ideological interest group, determines the size of government we should have.

Unlike trust beneficiaries, we do not have an equitable interest in the government's money. If it were otherwise, groups of taxpayers might have some claim on the government to spend or not spend its money in particular ways.

For example, paying taxes to fund belligerent activities is problematic for pacifists, notably certain religious groups. A Religious Freedom Peace Tax Fund Act, which has been regularly introduced to the United States Congress, would permit dissenting taxpayers to assign the defence portion of their taxes to supporting peace work and social services.

Proponents of the legislation have not sought to pay less tax than their fellow citizens, but to direct how their tax contribution is spent. These attempts have failed, as they must do. Democratic political communities permit dissent, but nonconformism does not extend to directing how taxes should be spent.

Tax is part of the social contract

In The Variorum Civil Disobedience (1849), a reflection on his imprisonment for failing to pay a highway tax, Henry David Thoreau recognised that an individual citizen can protest against government by refusing to pay tax (and accept the consequences), but they cannot treat the government's choices in its expenditure as if it were a cafeteria.

He wrote: "It is for no particular item in the tax-bill that I refuse to pay it. I simply wish to refuse allegiance to the State, to withdraw and stand aloof from it effectually. I do not care to trace the course of my dollar, if I could, till it buys a man or a musket to shoot one with - the dollar is innocent - but I am concerned to trace the effects of my allegiance."

Liberal democracies are based on some form of metaphorical social contract, most obviously manifest in the constitution. Under this arrangement, parliamentarians are elected representatives, not agents for particular groups.

Like any government that fails to comply with the basic values of society, groups that seek to control government expenditure outside the electoral process can be seen as bending, if not breaching, the social contract.

A handbrake on decisive action

A progressive government should reject the suggestion that its funds are not its own to use as it sees fit for the betterment of society - as always, in accordance with New Zealand's two fundamental constitutional principles of parliamentary sovereignty and the rule of law.

Kowtowing to a myth of "taxpayer money" may act as a handbrake on decisive action.

We are taxed in accordance with statutory law. If Inland Revenue seeks to collect more from us than is due, we have access to various tribunals and courts.

These legal rules and processes determine what is mine and what belongs to the government. Broadly, we are free to deal with our own property as we see fit - and the government is too.

Media and progressive politicians should stop perpetuating the untruth that taxpayers retain some residual property interest in the taxes they pay. Taxpayer money is nothing more than their after-tax property, and the government's money is its own.

This article was originally published in The Conversation and is used with permission.