A sailing expert who has been responsible for running America's Cup regattas says the defenders, Team New Zealand, remain the team to beat - based on history. Racing got underway yesterday in the Challenger Selection Series, the Prada Cup, to choose who will race Team New Zealand for the America's Cup in March.

Speaking to RNZ this week, Tom Ehman said historically the defender wins the first defence, as long as there are no breakages.

Ehman, who has been involved in the America's Cup since 1980, said history is on the side of New Zealand.

Ehman said defenders have a hometown advantage, as well as a head start in boat design.

He is also impressed with New Zealand's sailing prowess.

He said the country's top sailors and designers are among the best in the world - and have excelled in the tough world of America's Cup racing.

In the first races yesterday, Team UK left the losses of 2020 behind them to make the perfect start to the challenger series. 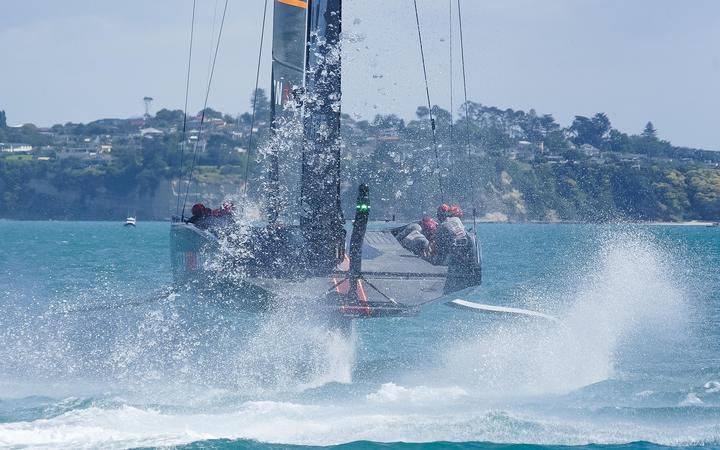 Team UK made it two from two in the first races of the challenger series. Photo: Studio Borlenghi

After six consecutive losses, Team UK had their first win since they arrived in Auckland in the opening race against the favourites, American Magic.

A long list of changes to the Team UK boat, including modifications to the rudder, mast, sails and the hull, in the weeks since the World Series paid off immediately for the entry skippered by Sir Ben Ainslie.

In the second race, Team UK continued their winning run with a 28-second victory over challenger of record Luna Rossa.

More racing is due to unfold in Auckland today.