The 16 protesters at Waikeria Prison have surrendered to authorities after a six-day stand-off. 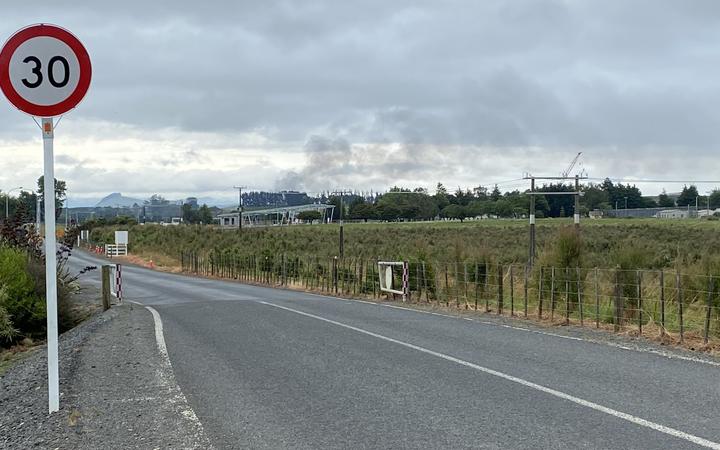 The news the men had ended the stand-off came in a statement from Māori Party co-leader Rawiri Waititi, who said he escorted the prisoners out about 12pm today.

Waititi said the prisoners were ready to come down.

"Naturally, they were tired and hungry but still very determined to see change.

"They have achieved what they set out to do when they embarked on bringing attention to their maltreatment in prison."

Corrections Minister Kelvin Davis said the men received food and water and will soon be transported to other prisons around the country.

A plume of smoke could still be seen rising from the fire-damaged buildings at Waikeria Prison this morning.

The 16 inmates had been protesting at the prison since Tuesday, when several fires started. Corrections has said there's been widespread destruction of buildings and property, and the men have acted violently.

But the men had said they were protesting unacceptable conditions at the prison, after complaints about inhumane treatment had not been listened to. 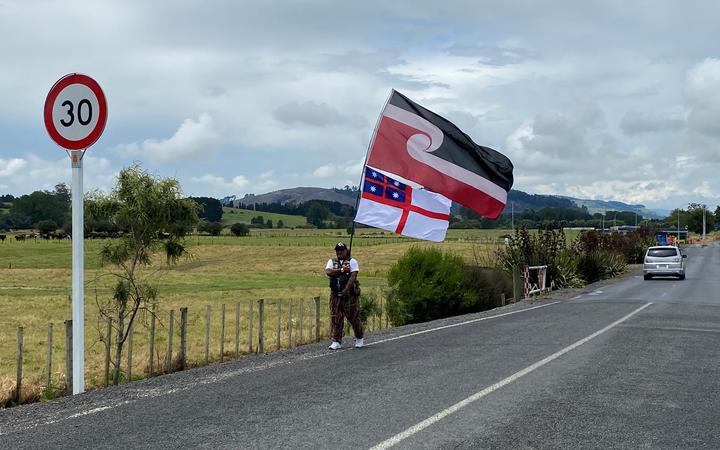 Davis said the protesters had done a lot of damage to the part of the prison they were in and it was now unusable.

The arson, violence and destruction carried out by the men were reckless criminal acts, and the responsibility for laying charges was with police, he said.

There are many legitimate avenues for prisoners to raise concerns about their conditions, Davis said.

Five of the men involved in the disorder are deportees from Australia, and three are subject to returning offender orders because of their criminal convictions.

At a press conference this afternoon, Davis said he was involved from the outset, but wanted to give professionals the space, time and resources to do their ob.

He said the "true heroes" were the negotiators who spent six days at this site working with the prisoners.

Davis said he had noted before that he did not like the state of the upper part of the prison, but that did not excuse the actions of the protesting inmates.

He said he had "total confidence" all prisoners across the network were being looked after in accordance to the Corrections Act.

Department of Corrections chief executive Jeremey Lightfoot said there was "no excuse" for what the men did, and there were multiple ways for prisoners to complain, including to the Ombudsman.

"Let me be clear, there are many channels to complain."

He said it was not appropriate to take this action as a way of complaining, and it was a criminal act.

Lightfoot said he was proud of the collaboration between Corrections staff, police and other emergency colleagues, as it was a very complex matter in a dangerous area that took a lot of effort and planning to ensure it was resolved safely.

Several family members of the prisoners were outside the gates again today and were calling for a peaceful end to the protest.

One told RNZ that their cousin who was protesting didn't care if he lives or dies, because he was standing up for his rights.

She said he had become fed up with conditions in the jail, and was determined to stick it out.

"He was agitated, he was hungry, he was thirsty... but he said he'd stick it out... at least he knows he's standing up for his rights and the rights of others who are going to be incarcerated in this prison."

The woman said her cousin was only on remand for non-payment of fines and had a 6-month-old baby at home.

Corrections had said the men have been given opportunities to negotiate, and would not be given water unless they surrender.

In a statement earlier this morning, Corrections said the situation remained "incredibly volatile".

"The prisoners have continued to light fires within the facility overnight, make threats toward our staff and police and throw debris at them from the roof of the buildings.

"Our options for intervention are limited due to the dangers present."

Waititi, who previously tried to negotiate with the prisoners at their request, had said an Ombudsman's Report, published in August, supports the men's claims about the conditions at the prison, and has called on the government to resolve the situation and end basic human rights breaches.

He said today that while people that do crime must serve their time, they must also be treated in a just and humane way.

"Even prison guards acknowledged to us that the state of the unit was unacceptable.

"These men are not animals, they are humans; they are brothers, fathers and sons and are deserving of better treatment."