The National Party is calling on Corrections Minister Kelvin Davis to front up at Waikeria Prison, where a rooftop protest by 16 prisoners is into its fifth day. 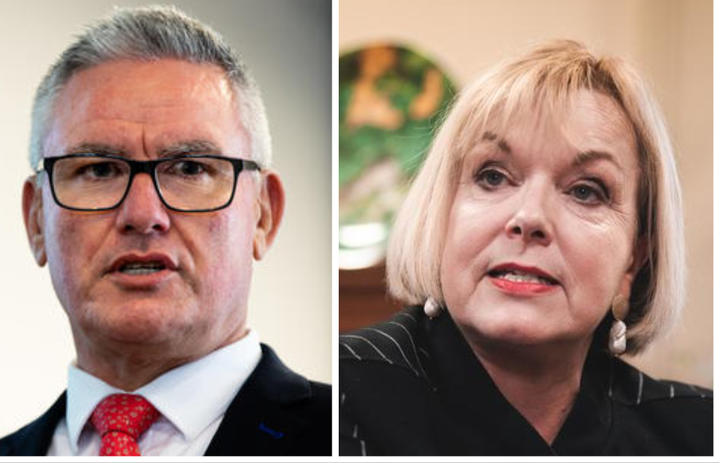 Inmates holding up part of Waikeria Prison are now into their fifth day under siege. Overnight a large fire was seen burning from where the men are.

In a Facebook post the party's leader, Judith Collins, said the destruction of taxpayer-funded property, coupled with the hoarding of weapons and assaults on Corrections staff, does not amount to a "peaceful protest".

She said Davis was happy to crow about prisons while in opposition but is now nowhere to be seen.

Davis said he won't be commenting on the situation until it is resolved.

A spokesperson for his office said the minister wanted to give Corrections and the emergency services space to do their job safely.

He believed it was a time for highly-trained professionals, negotiators and advanced control and restraint teams - not for politicians.

The spokesperson said it was Davis's view that politicians getting involved will do nothing to progress the goal of finding a safe resolution to the incident.

Two members of the National Party have this afternoon been refused entry to Waikeria Prison, as the uprising by inmates shows little sign of being resolved. 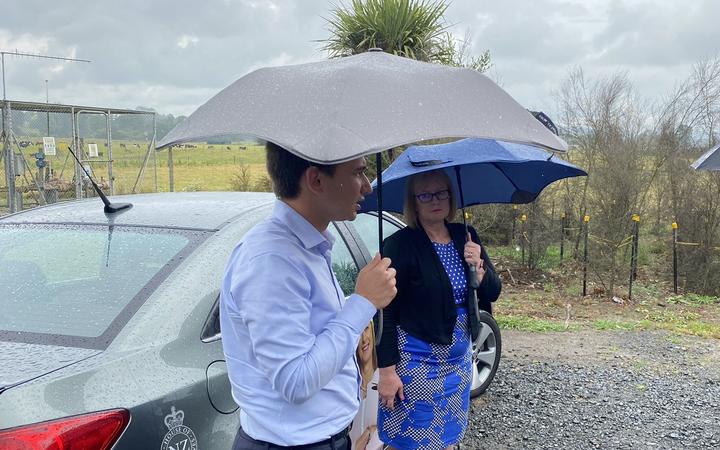 Two National MPs - Simeon Brown and Barbara Kuriger - attempted to enter the prison this afternoon, but were turned back by prison authorities.

They were told under normal circumstances they would have been allowed in, but this was an emergency situation and they would need permission from Corrections Minister Kelvin Davis.

Brown has been calling for a full investigation into how the riot started and why it has been allowed to continue.

He said today he wanted to support the prison's staff, who he said were under a lot of pressure.

Brown said the next step was get in touch with Davis' office and request permission to enter.

Six prison vans have left the facility this morning and a number of Fire and Emergency vehicles have gone onto the prison grounds.

MP for Waiariki and Māori Party co-leader Rawiri Waititi released a statement this evening saying he had also been blocked from entering the prison.

"I am willing to go and have made several attempts today to contact the appropriate authorities to gain access into Waikeria a second time, including the Minister of Corrections, but I am getting blocked every where I go."

Meanwhile, the Māori Council is calling for calm amid rising tensions at the prison.

The council's executive director, Matthew Tukaki, has asked politicians to step back and allow mana whenua to work with Corrections, the prisoners and whānau to resolve the situation quickly.

Tukaki has not ruled out the council itself playing a role.

He adds that that the prison has probably reached its use-by date, and once the current situation has been resolved, a discussion about its future would be timely.

A former Waikeria Prison guard, who does not want to be identified, has told RNZ the culture is toxic and conditions are in a poor state.

They resigned a couple of years ago and described the water being in an atrocious state, and staff not even touching it. 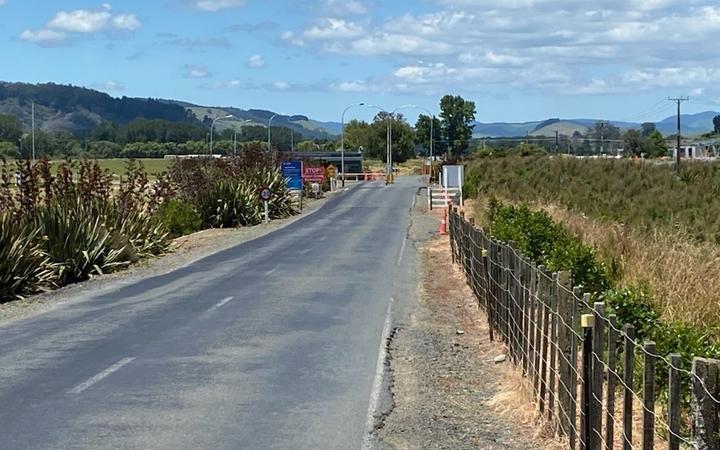 The former prison guard said the yard where inmates exercise was so run down, if it was a zoo yard it would be shut down.

They also said there's racism and an underlying negative culture towards the inmates.

In its latest statement issued last night, Corrections said the prisoners had broken into a restricted area and had constructed makeshift weapons that could be used against prison staff.

The department said the prisoners have continued to cause extensive damage to the facility.

Incident controller Jeanette Burns said it is worrying that the men have gained access to weapons and equipment.

She said negotiations are ongoing and the prisoners have had multiple opportunities to surrender.

Family members of one of the 16 prisoners staging the protest at Waikeria Prison have arrived at the gates.

RNZ's reporter, who is at the prison, said yelling could be heard from inside the low-security prison gates.