A man who was shot three times by police in Northland after shooting at a police dog was wanted on drug and firearms charges, police say.

Police were called about 9.17am after a member of the public called to report a suspicious person on Tangowahine Valley Road north of Dargaville, in the Kaipara District.

Police confirmed this morning that a man who shot the police dog had been shot by officers.

The man was airlifted to hospital, and the dog airlifted separately to receive veterinary care. The man and dog were both receiving medical attention in Auckland this afternoon.

In a media briefing at 3.30pm, Northland District Commander Tony Hill said the man was wanted on cannabis and firearms offences.

Initially two police units attended, and many staff followed. The dog handler had been in the area earlier in the day for another event and was on hand to assist, Hill said. 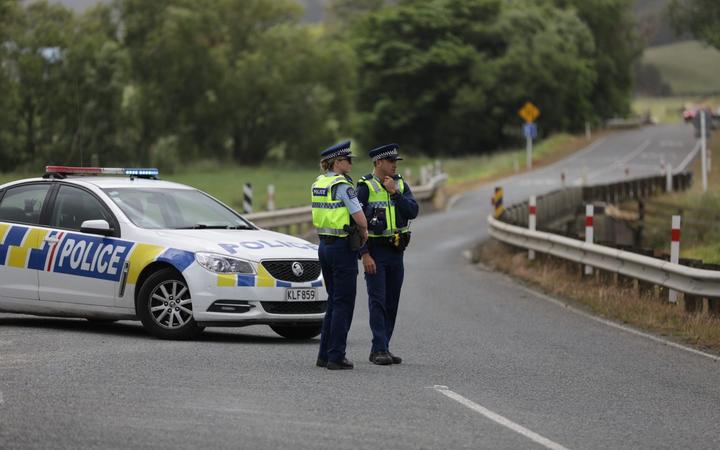 After police arrived at the scene, the man fled to a paddock, Hill said. Police chased and the man turned and shot the police dog. Police returned fire.

Hill said it was believed the dog was shot just once. He said both the man and the dog were in a serious but stable condition.

"I am satisfied our staff are well trained, they're adequately resourced in certain tactics, but it is something we're concerned about all the time," he said.

"Whilst we are satisfied our staff are well-trained, we also want to look for better ways at keeping our staff safe. It's never out of our mind."

The dog would undergo a CT scan today to show the extent of its injuries. It handler was shaken and concerned.

He said he would not get into the specifics of the dog's injuries but they were significant.

Hill said the man had been arrested and would likely face charges relating to firearms offences and other charges. 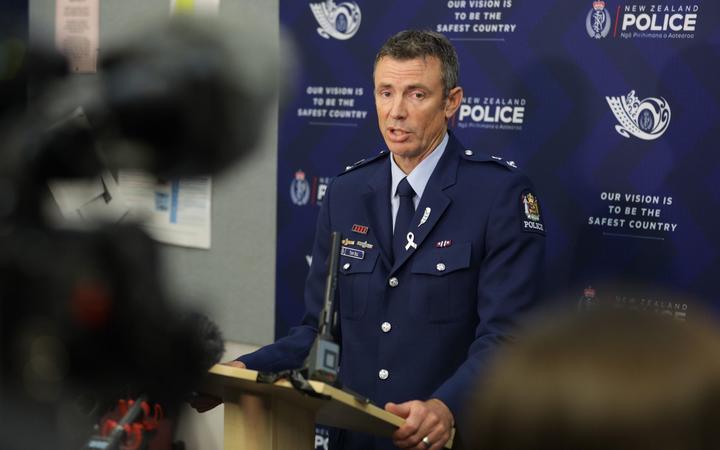 "The police dog handling wagon came racing down with its lights on and shot to Dargaville, while a whole lot of police cars went up the valley. So from what I can understand, from what we're hearing, he was - I assume - taking his dog in to try and save it," he said.

The man is in a stable condition at Auckland Hospital, while the police dog is receiving veterinary care at Unitec in Mt Albert.

There was nothing to suggest there was any link between this case and a murder investigation in Northland, district commander Hill said.

There are about 10 occasions a month where firearms are found, Hill said.

It's fourth firearms incidents in Northland in three months, which he concedes is unusual.

In October, a lone police officer escaped harm when two men shot at her patrol car and peppered the windscreen with holes.

Another patrol car was shot at north of Whangārei two weeks ago.

"We're really concerned about this increase. It is unique, the number of these offences that has occurred in Northland in recent times. I am satisfied that our staff are well trained, they're adequately researched... but it is something we're concerned about all the time," Hill said.

Residents in Tangowahine - like Shawn Carrigan - certainly weren't used to seeing police cars and commotion around the settlement's rolling hills and unsealed roads.

"Normally this is like, really quiet, almost to the point where nothing happens," he said.

"I would say it's very uncommon to have this sort of incident happen in Tangowahine."

Hill said he was impressed by his staff's actions today.

"Our staff were pretty quick and had the presence of mind to get involved and make sure the welfare of the man who was shot was paramount."

"We really appreciate the comments and concerns the community have had all through these events," he said.

"We've had such overwhelming support from the community who are sickened by this as well. But I want to assure them that these are isolated incidents and whilst they've come in recent times we're satisfied they shouldn't be concerned about these events in terms of their own safety."

The case has been referred to the Independent Police Conduct Authority. 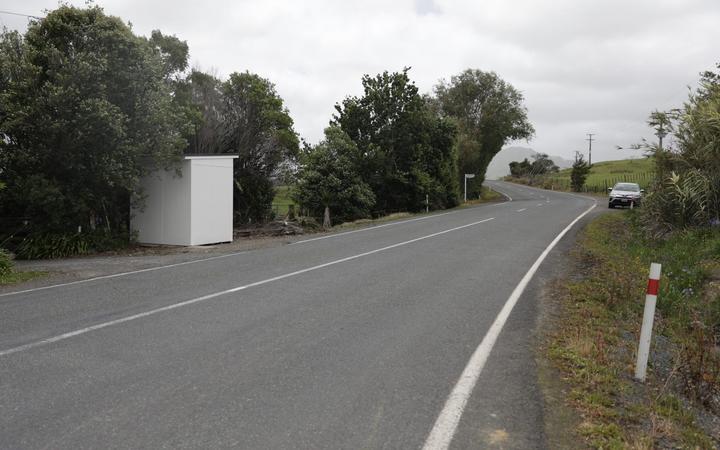