The country may attract only the "old rich set" and risks becoming known as "boring and staid" if it targets wealthy visitors, the Youth Hostels Association says. 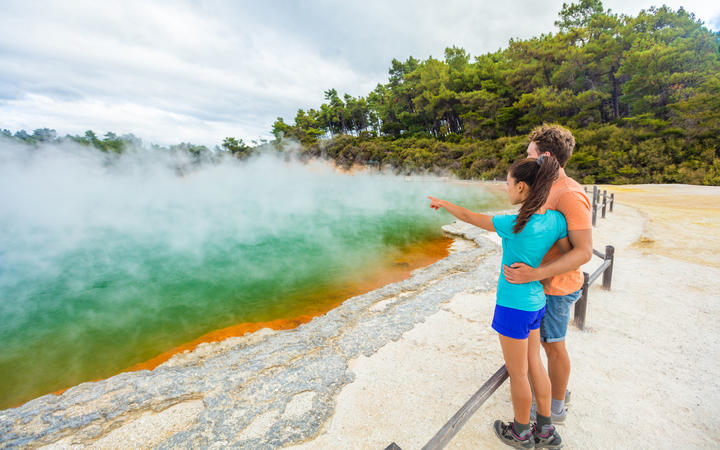 Tourism Minister Stuart Nash has outlined his plans to ban the hiring of campervans that have no toilet on board, and to focus on high-value visitors.

His comments have caused a stir in the sector he's now in charge of.

Nash has made no apology for that, telling RNZ this week that he understood backpackers were an important part of tourism in Aotearoa but he wanted to see more work aimed to attract wealthier tourists.

The Youth Hostels Association (YHA) has published an open letter to Nash, saying the youth market's significance to the New Zealand economy should not be understated.

It says young travellers historically inject $1.5 billion a year into the economy, the most by any age group.

YHA executive Brian Westwood told Morning Report that while Nash was on the right path in referring to high-value visitors, the definition of high value needed to be carefully understood in terms of an impact on the economy.

"And also looking at the structure of what the current tourism industry looks like and the impact of making such a dramatic shift and making statements that basically turn your back on the youth sector which is a quarter of all visitor arrivals is not a particularly good move at the moment."

New Zealand has marketed itself as an adventure tourism capital and part of the YHA's concern is that if it moves away from marketing itself as a vibrant, innovative country it ran the risk of "becoming the Florida of the South Pacific, just appealing to the old rich set and becoming a bit boring and staid".

"The reality is that economically the youth market makes up $1.5 billion of the international foreign earnings and to turn your back on that is crazy."

Asked if he agreed that before the Covid-19 pandemic New Zealanders were becoming fed up with the huge influx of foreign tourists, Westwood said the tourism industry had been warning the government for 20 years about what was needed to accommodate a surge in visitor numbers.

The industry had been pushing for a lot more investment in public infrastructure. Over the 20 years the government had pocketed about $42 billion in GST, and very little had gone back into infrastructure to mitigate the impact of the increasing number of visitors, Westwood said.

"It's time to step up as central government. Look at the infrastructure, look at how to minimise those impacts and stop trying to scrape money away from small communities that are driving a lot of the revenue and start sharing some of those big dollars that are being pocketed by government."

He does not want visitor numbers limited and believes New Zealand's appeal will continue to grow. Out of 109 countries, New Zealand sits about halfway in terms of the number of visitors versus number of residents. "So overtourism is not what we're suffering from - it's underinvestment."