The votes are in and the result is conclusive - the kākāpō has won bird of the year for an unprecedented second time. 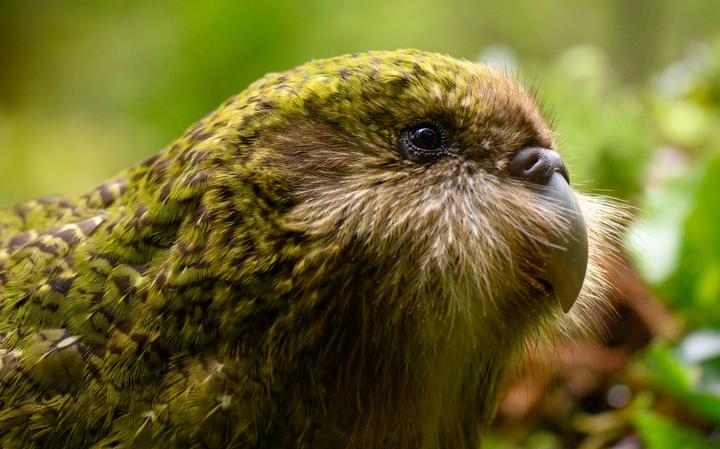 The victory is despite a desperate attempt to steal the election by the shadowy forces of the little spotted kiwi lobby.

Throughout the two-week voting period, the antipodean albatross topped the leader board with the most number one votes, however the kākāpō bounded into the lead with most votes overall once the preferential voting system was applied.

The green, flightless, nocturnal parrot becomes the first bird in the competition's history to score a repeat win.

The critically endangered birds used to live throughout Aotearoa, but today they only survive on predator free islands.

"There were only about 50 birds in the 1990s and they've been saved by intensive conservation efforts. Today there are 213 individuals," spokesperson for Bird of the Year, Laura Keown, said.

"This is the first time any bird has won the Bird of the Year title more than once, so New Zealand's mighty moss chicken can add yet another feather to its cap."

Kākāpō has remained a popular bird in the competition in spite (or maybe because) of video of an attempt to mate with the back of a British television presenter's head, filmed a decade ago.

Keown told Morning Report the hilarious video had helped the kākāpō's popularity, and she hoped the albatross didn't feel robbed.

"The antipodean albatross is an incredible bird, deserves all the attention it can get. [It is] under incredible threats from commercial fishing."

Keown said a lot of New Zealand birds have evolved to hide from other birds that can see them, so they are very well camouflaged, but are "a little bit smelly" making them vulnerable to predators such as stoats and cats.

Voter fraud was discovered during the competition when volunteer scrutineers from Dragonfly Data Science found 1500 votes cast around 3am from the same IP address, all for the smallest kiwi species, kiwi pukupuku / little spotted kiwi.

Infamously, the humble but polygamist hihi attracted the endorsement of Adult Toy Megastore as well as that of the deputy prime minister, the Phoenix Football Team, and the Central Pulse Netball Team.