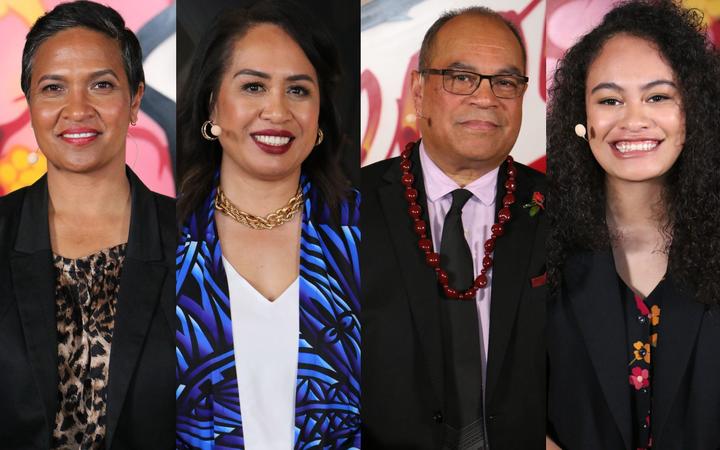 And to complicate matters, they must ponder the colonial imposition of Christianity into the mix, and how its legacy imprints on these populations and often controls behaviour, so-called values and thinking.

So, on one hand these candidates say they must be true to Pacific values, without explaining what they are other than saying family is important. On the other they must be on point with political messaging to retain voters, who, given historic voting are unlikely to support another party.

Culture, community and party, and the tension between them is what made the RNZ Pacific Media Network Pasifika talanoa (debate) an interesting and welcome departure from an anglocentric pick-your-party attack fest of 'he said, she said'.

For Aupito William Sio, Labour MP for Mangere (with more than 70 percent of the electorate and party votes in 2017), and for National list MP Agnes Loreta Loheni (who scraped into Parliament when another member retired), this was the chance to affirm their place and status as sitting members and pitch successes as a reason to keep the status quo.

Challenging this were the newbies contesting Labour's Manurewa stronghold.

Lourdes Vano, 18, is number 15 on the Green Party list, and won't become an MP without a massive party-vote shift.

She is a sharp, strong climate activist and eschews the abrasive manner favoured by many in politics' corrosive world. Given her youth and savvy she is one to watch, and the Greens would do well to nurture her.

Luella Linaker was a fresh voice. She has experience as the executive officer to the chief of strategy and the principal advisor of Māori strategy at Auckland Council and as a senior policy advisor with the former Auckland Regional Council. She was poised, thoughtful and smart, she also is one to watch, though as an independent her cut-through is limited.

And both are up against Arena Williams, gifted the Manurewa seat by Labour in an electorate where the incumbent Louisa Wall garnered almost 60 percent in party and electorate votes in 2017. That means they have no chance.

What emerged in the debate are areas of strong overlap. Each candidate wants decision makers to better understand the needs of this population, to enable its various communities to develop and succeed.

But how does this happen? As any observer knows, wishes are easier in the abstract and change is not just a numbers game.

Each candidate for the most part also took a deficit approach, which belies some of the progress made. They confined the conversation, possibly by their positionality, to a deficit-based model rather than strength-based.

There is no doubt the Pacific population living in Māngere, Ōtara, Manurewa, Clendon is overwhelmingly worse off than other groups. But that socio-economic position is not determined by ethnicity. Rather it is geography, socio-economic status and education that are the markers. Not whether or not you identify as Pacific and happen to have a father or mother.

At least Aupito William Sio could tout the last Labour budget, which boosted funding into the Pacific space. But he says a lot more is needed. He's not wrong.

Agnes Loheni attempted to argue National's tax cut plan, but that fell flat. Given National demoted Alfred Ngaro, and she missed out on the nomination for both Botany and Takanini her clout is diminished. Unless there is a miracle in National's favour she will need to dust off her chemical engineering degree or go back to the family company in the rag trade.

Her performance was disappointing; she was not across basic information around rents and spoke mainly in slogans. She could be a leading light in National.

Not one of the candidates wants to be a party leader or PM. This lack of ambition was disappointing and needs to be shelved. Candidates need to be up for the top job. Perhaps the influence of Christianity has helped build the notion that Pacific people are humble. That notion needs to go in the bin.

Why? Look at the latest National Party leader. Judith Collins wanted the top job badly, and got it after others fell away. Then there was Labour's revolving temporary leader list post-Helen Clark, which then paved the way for Jacinda Ardern. Not wanting to be the boss is just not good enough for people wanting to be seen as leaders in their communities.

There was a welcome shift from major party talk of infrastructure, investment, yadda yadda. Though Aupito William Sio slipped in a plug for working with churches. We had heard that before. 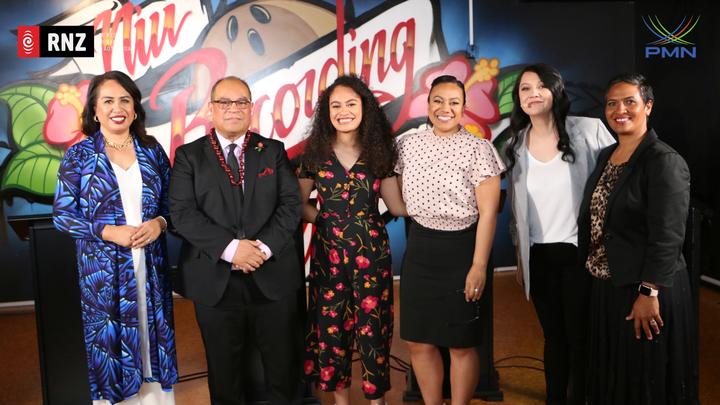 Most telling, and the most powerful moment in this talanoa was the split on this election's referenda. It was an even split. The MPs both voting no for legalising marijuana and the End of Life Choice Bill, and the newbies voting yes.

This indicates a shift that will grow as more young people challenge the sedimented ideology of their family.

Another important question is whether voting 'no' to these issues indicates the MPs are out of kilter with the track that these communities and their huge youth populations are on.

For all the talk of family and values, the newbies are the voices and faces of tomorrow. It is up to the likes of Aupito William Sio and Agnes Loheni to ensure they create a bridge for this much needed talent to find a home.

If anything the talanoa needed to be more about possibility and potential. Aupito Willam Sio and his 30 year horizon pointed to that - but it's too far away. More, now.

Agnes Loheni must lead a charge to help National recruit talent if it is ever to address Labour's grip on Pacific talent.

And if leading from behind is a thing, both must work to ensure these new players have a chance to be heard, by stepping aside sooner rather than later.

*Richard Pamatatau is a journalism academic at AUT University. He teaches public affairs reporting, journalism law and ethics and writing.