The Wellington City Mission has been awarded $10 million to build new houses, a supermarket and a cafe in the capital to help the homeless. 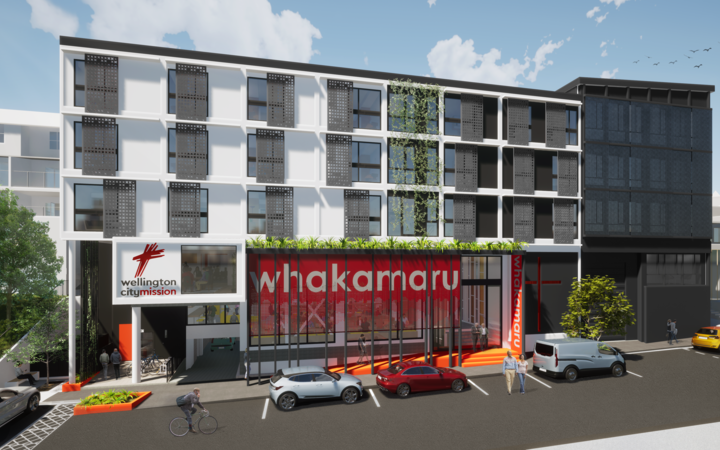 The new community hub, named Whakamaru, meaning 'to shelter, to safeguard, to protect', will be on Oxford Terrace in Mt Cook and operate 24 hours a day, 7 days a week.

The announcement comes the same year the Wellington City Council had planned to end homelessness in the region. Now, with a nationwide recession and increasing unemployment, the need for housing and support services will be even greater.

Community facility Whakamaru will include 35 supportive housing units that will act as semi-permanent transitional housing to offer long-term stability alongside other wraparound support services.

Semi-permanent housing means the residents are able to spend up to a year accessing the services and support available from the Mission in secure housing before shifting into independent living within the community.

Other wrap-around services include public bathrooms and showers with 24-hour access, a commercially equipped laundry, a commercial kitchen and a training kitchen.

Alongside this will be a community cafe accessible to the public as well as conference facilities, a sacred space for prayer, and a music and performance space.

The hub will also include a social supermarket, where those who rely on food parcels - a demand that has increased 500 percent since the pandemic began - can choose their own food from supermarket shelves instead, without having to pay.

The Mission hopes this will give their clients more dignity when faced with the difficult challenge of asking for food. 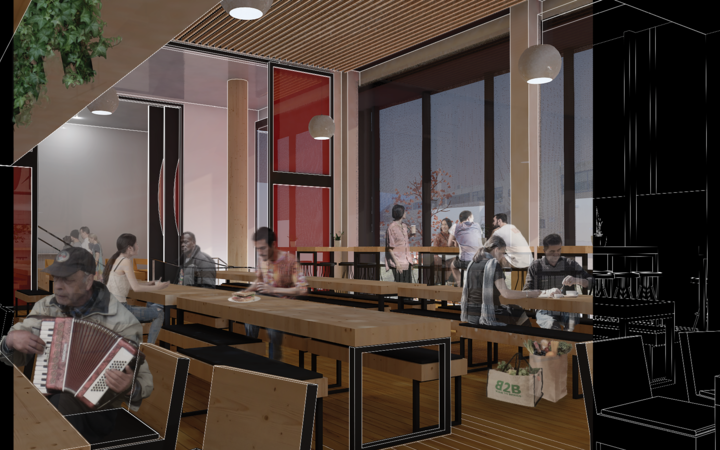 Concept of the cafe. Photo: Supplied

Wellington City Missioner Murray Edridge said the development is designed to reduce reliance on other services and will save the region $2.6m per annum in health and other related costs.

Where people have physical health needs, or mental health and addiction, Edridge said the community facility would allow those to access support before their needs become acute.

Edridge said the primary objection of the hub is to facilitate the community caring for itself.

"The philosophy we've adopted for the building is creating a community where there is no us and them. So the idea of blending the general public with the people that perhaps need a bit more support and a bit more assistance means that together we can collectively achieve an outcome for all of us that makes some sense."

The common spaces available to the residents of the building will be the same space used by the staff of the Mission. Edridge believed this concept is the first of its kind, in that the community services will be offered to everybody regardless of who they are or what they bring. 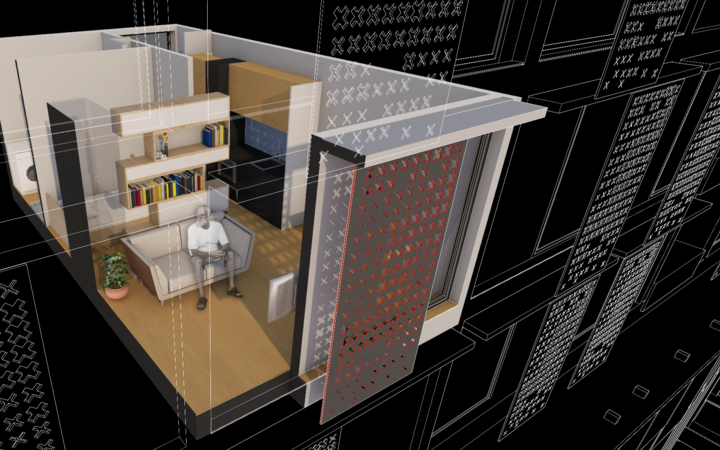 Concept of an apartment. Photo: Supplied

The $10m was awarded through the Government's 'shovel-ready' programme, which means they must be ready to get underway, create jobs and provide regional or public benefits.

It's estimated the project will create 120 jobs and generate at least $12m for the Wellington economy.

The ambitious project has already been consented however the Mission still has an amount to fundraise in order to complete the facility. It will continue to rely on charitable donations and volunteers to run the sites.

The City Mission is hoping construction will begin early next year with the building finished in 2022.