An organisation which supports Māori living in urban environments says it has been flat out trying to keep up with demand for food parcels during the latest lockdown.

Manukau Urban Māori Authority (MUMA) spokesperson Sarah Sparks said staff at its base were dealing with a surge in requests in South Auckland.

"We've had triple the number of phone calls to our 0800 number for the foodbank since we went into alert level 3," Sparks said. 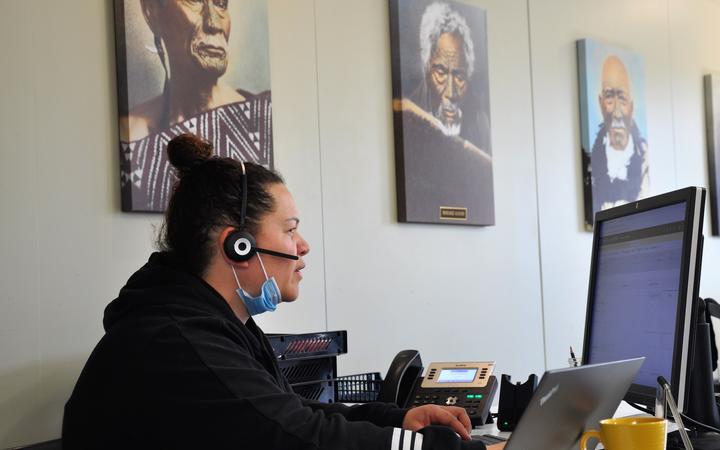 The authority runs a satellite foodbank on behalf of the Auckland City Mission at the Ngā Whare Waatea Marae at Calthorp Close in Favona.

"So they resource us and we also get donations," Sparks said. "On average we have an allocation of 40 food parcels a day. But last week that was increased to 70 a day and we were still really stretched."

Regardless of Auckland's alert level 3 lockdown extension, Sparks said for people in the Māori and Pasifika communities in South Auckland, their situation was not about to change overnight.

"It's not going to suddenly stop because the government has changed the alert level. I think it will be more of the same because our people were vulnerable before the last lockdown."

She said a lot of people they have been seeing have recently lost their jobs and did not know where their next pay cheques were coming from.

"Not only are they anxious because some of them have never been to a marae before, but also some of the other things they have to carry on their shoulders," Wade said.

She said people that call the 0800 number (0800 686 232) will also be able to connect with other support services and there is a Ministry of Social Development case manager on hand to assist with any enquiries.

"We were here before Covid and we'll be here after Covid."

She said a lot of families in areas like South Auckland were still getting over the first lockdown and were struggling to make ends meet, and the latest round of restrictions had hit them hard.

In May, University of Auckland-based research unit Te Pūnaha Matatini released a paper which said Māori and Pacific communities in areas such as South Auckland would be at greater risk from a second wave of Covid-19.

The report said lower socioeconomic communities where people had inequitable access to healthcare and were more likely to live in overcrowded conditions were more susceptible.

It also found people in such communities were also less likely to be able to practice safe social distancing in the workplace and were often employed in industries where working remotely wasn't an option.

"People are still getting over the shock of the first lockdown," Taumaunu said. "And a lot of people have lost their jobs due to Covid-19."

And Taumaunu said the cost of living still remained a problem for many families.

"A lot of people can't afford the high rents out there and some of them are moving in with other family members. You've got houses with between 8 and 12 people," she said. "So when we went back into lockdown, hell, it really was a shock to everyone.

"There's so many people who can't work remotely. You can't work from home, or really practice social distancing if you work in a factory."

But she said for many people in those jobs if they don't work they don't get paid.