Beneficiaries are going to be encouraged to do more volunteering - but the government's been warned to ensure this doesn't turn into a "work for the dole" scheme. 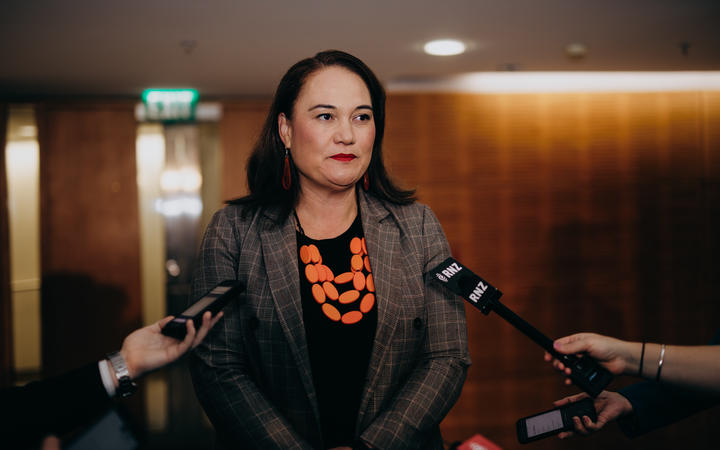 But officials have warned against making it compulsory.

Trevor McGlinchey from the Council of Christian Social Services was on the Welfare Expert Advisory Group which produced a report on restoring dignity to social security.

The advisory group was asked to come up with a system that allowed people to feel part of their community.

McGlinchey said volunteering was key to that.

"We were really looking at volunteering as a way of being positively engaged with the community, developing a range of skills, and maintaining your wellbeing through making a contribution," he said.

But that was not always recognised by the welfare system.

McGlinchey said people could find themselves in a difficult position if they were called in for an appointment at Work and Income when they were meant to be at their volunteer job.

"And they can't make it at that time, but if they don't go, they're put at risk of having their benefit suspended until such time as they re-comply with the required activity," he said.

The advisory group agreed the system should give more recognition to volunteer work.

But both it and the Ministry of Social Development are wary of making it compulsory.

In a July 2019 report, released under the Official Information Act, the ministry said there were significant risks with linking volunteering to getting a benefit.

They included inadvertently creating a work for the dole scheme and leaving people open to exploitation.

Sepuloni was not keen on the idea either.

But she did want to look at how volunteering could help people prepare for work.

She said it was a "careful space to navigate" because the government would need to ensure people were not being exploited, because they would not be getting paid for the work they were doing.

In its report, the Ministry of Social Development cited research that suggested, despite the perceptions, volunteering did not necessarily help people into better jobs.

It also said that when people were volunteering when they were out of work, they could have less time or were less motivated to look for paid work.

But beneficiary advocate and another member of the Welfare Expert Advisory Group, Kay Brereton, said employers were often impressed by volunteer work.

"I had a young man who worked for me for a while as a volunteer and when he got a successful interview, his employer rang me up and went 'you mean he comes in, two days a week, and he works with difficult, complex situations for free?' and that was what got this young man a job."

Kafa Mamaia is a solo mum of four on the benefit.

As well as looking after her kids, she spends a lot of her time volunteering.

She's an advocate at Auckland Action Against Poverty, helping other beneficiaries navigate the welfare system.

She also helps out at her local marae and helps pack and distribute food parcels at another organisation.

Mamaia said while she might not be getting paid, there were other perks to volunteer work.

"I get out leadership skills, I get confidence in building relationships with others, making sure everyone is taken care of and their needs are taken care of.

"That's what I get out of it - I get joy from seeing somebody being helped and they're so grateful when they get that help."