Police considered charging the organisers of the New Zealand marches held in June in support of the US Black Lives Matter movement, because Covid-19 restrictions weren't followed. 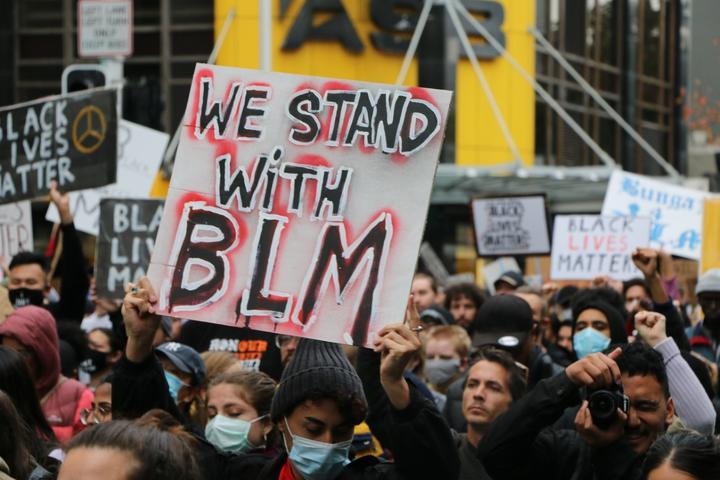 Protesters marched in Auckland in support of the Black Lives Matter movement in the US, on 1 June. Photo: RNZ / Mabel Muller

In a briefing to the police minister, officials said guidelines were not followed despite assurances from organisers, and stated that possible moves to charge the organisers should not be made public.

In the end, the police decided an educational approach, rather than a punitive one, was appropriate.

The protest marches were held a week after the death of US man George Floyd, at the hands of Minneapolis police officers.

New Zealand was no different, with major solidarity marches held in the main centres on 1 June. 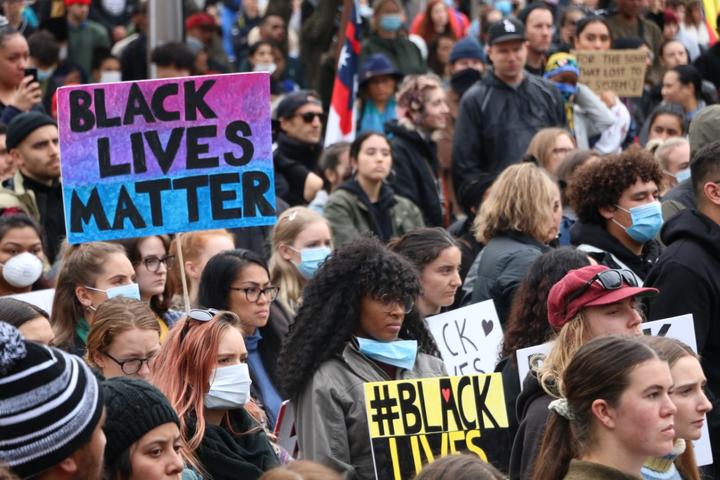 In Auckland, more than 10,000 people turned out for the Black Lives Matter march.

At that time, New Zealand was at Covid-19 alert level 2, which meant gatherings of no more than 100 people, and strict social distancing had to be adhered to in public places.

As the police said in their briefing for Police minister Stuart Nash, that did not happen during the rallies.

Consistent with police's education first approach, police spoke with local organisers prior to the events, and reminded them of their obligations under Covid 19 restrictions," the briefing said. 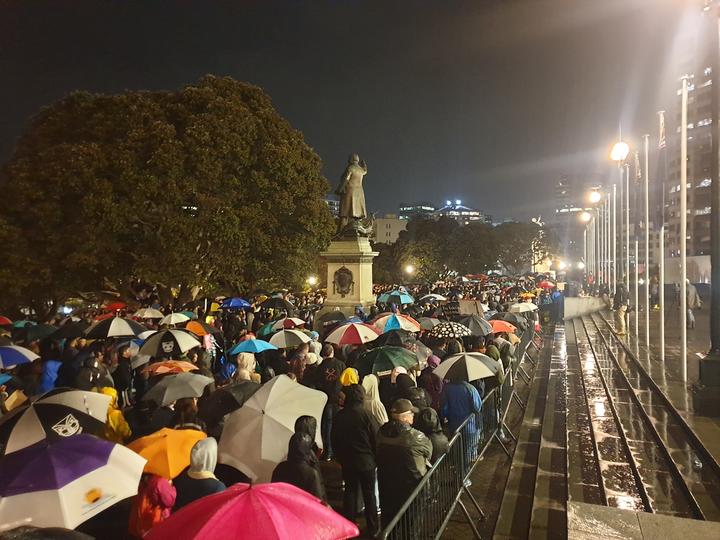 "The organisers advised they had plans and guidelines in place. However, these guidelines were not followed.

"Police is now considering what follow-up actions are available and appropriate, including possible charges [not for public release]," police said in the briefing.

The morning after the marches, the deputy Prime Minister, Winston Peters, told Morning Report the organisers should be charged.

He said if they weren't, the country should have immediately dropped to alert level 1.

"The organisers themselves had gone to great lengths to try and ensure that social distancing rules and so forth were endorsed at the event," Mire said.

"But ultimately, when you have 10,000 people that show up to a rally that was organised in less than two days - which you know, I don't think anybody had anticipated that many people showing up in the first place - what can you expect, right?"

Mire said organisers did not take the decision to run the marches lightly, given the threat of Covid-19.

But the inequal treatment of people of colour has been a global disease for far longer than Covid-19, Mire said, describing it as bigger than the pandemic.

"I don't think anybody had envisioned that many people turning up in New Zealand. It was great that it happened."

"It's a lesson that we can learn from, in terms of - should this pandemic not slow down, how else are we able to exercise our democratic rights?

"It's something we should all be thinking about."

Police said their role is to ensure safety and to uphold the law, and people have a lawful right to protest.

While charges were considered, a police spokesperson said it was not appropriate.

"We determined to take an educative approach with organisers on this occasion," the statement said.

"Organisers of these events made an effort to ensure participants complied with alert level 2 guidelines. It was an unfortunate reality, with the numbers of people who attended, that this quickly became impractical.

"The actions of police are always dictated by the situation presented to us. In these circumstances, it was probable that attempts to enforce alert level 2 would have caused tension in an otherwise peaceful protest, without being effective to enhance physical distancing, given the numbers in attendance."

Police said they have talked to organisers since, and reiterated their educational approach.