Minister of Police Stuart Nash is describing the weekend's Black Lives Matter protests as "irresponsible", but any prosecutions appear unlikely. 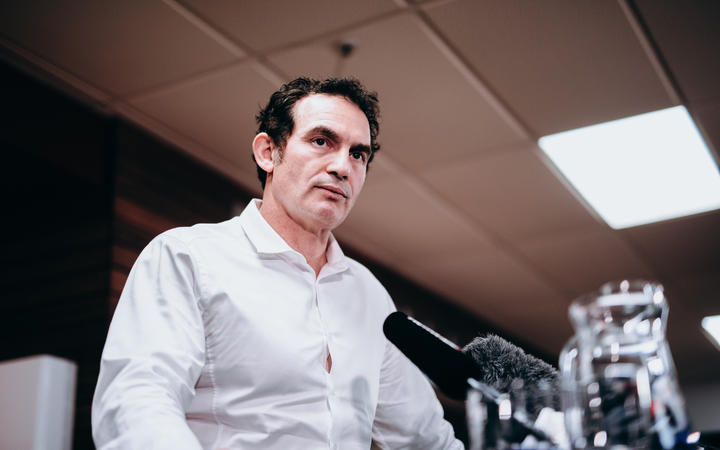 Minister of Police Stuart Nash says it is up to police whether or not prosecute for breaches of social distance rules, but he understands they will not do so for the protest organisers. Photo: RNZ / Dom Thomas

Alert level 2 social distancing rules were flouted as thousands turned out across New Zealand to protest the killing of George Floyd in Minneapolis, United States.

See more on the coverage of the protests in the US with RNZ's live blog.

Nash said while he sympathised with the cause and the right to protest, these gatherings were "disappointing" considering the pain other New Zealanders had gone through under Covid-19 restrictions.

"I think they were probably irresponsible in what they did ... we are where we are because people have been very, very good about obeying the rules, for some at great cost to themselves, so this was disappointing," he said.

Earlier, Deputy Prime Minister Winston Peters said the breaching of mass gathering and social distancing rules should have resulted in prosecution for the organisers.

However, Nash said that was an independent operational matter for police.

"I don't have a personal opinion when it comes to this. It is the police's [decision], they will determine whether anyone is prosecuted or not, I understand they're not going to. They have taken a graduated response to anyone in any situation throughout alert level 4, 3, 2," he said.

"The last thing they wanted to do is go in with a very heavy hammer and arrest straight away and then ask questions later."

"We've been told consistently across this health crisis that rules are in place to prevent or to mitigate health risks, and all 5 million of us were expected to follow those. In instances where people haven't, the government has consistently said that would create a health risk," Hudson said.

"It's now over to them to take a clear stance on this and tell New Zealanders what the consequences of not following the rules are."

However, Hudson conceded the decision about whether to prosecute was a matter for police.

"If you have rules around our alert levels and what people can and can't do, of course there should be enforcement and consequences for those who choose to breach them, but it is a matter for police and police discretion as to exactly what actions they take," Hudson said. 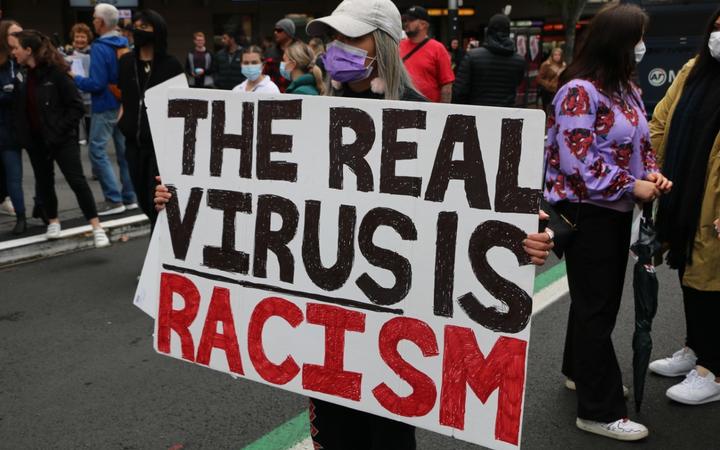 Thousands marched down Auckland's CBD yesterday in solidarity with the Black Lives Matter protests in US and raise awareness on armed police in New Zealand. Photo: RNZ / Mabel Muller

MPs from Labour's Māori caucus said the protests arose from frustration and the organisers should not be punished.

Willie Jackson said while they obviously did not agree with the law being broken "all of our Māori caucus understand the passion, the anger, we understand all that, because a lot of Māori were venting the same kind of whakarau."

Peeni Henare said he did not see the point in trying "to throw the book at everyone, but we do need to be clear, not only to the organisers, but to everyone that one, social distancing still applies, and two if you're unwell, go and get tested or stay home."

Nanaia Mahuta said everyone needed to respect the law. 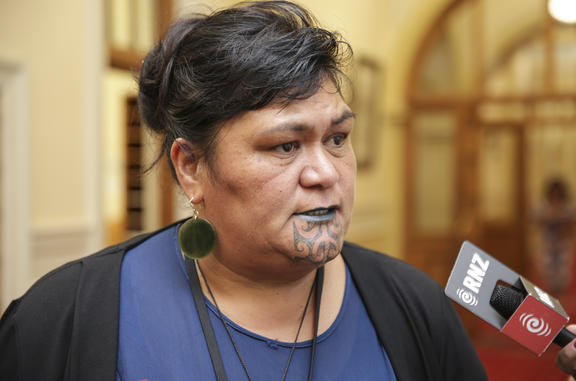 "Because we're trying to protect the health of people first and foremost. I mean we're really clear the issue, the substance of the issue, the reason why people are so passionate about what's happening in America is because many indigenous groups can affiliate to the issue," Mahuta said.

Minister of Health David Clark said although New Zealand was "exceeding expectations" in stamping out Covid-19, there was "no certainty" those at the protest did not put themselves at risk.

When asked whether protesters should self-isolate for 14 days, he said people should take a "cautious approach".

"We have been really clear that people should observe social distance with people they don't know," Clark said.

"Different people in the protest would have had different experiences, I'm sure. But if they felt they came in contact with people they didn't know, in close contact, and they have any concerns, they should certainly seek medical advice."