Snow to low levels could be on its way for many parts of the South Island overnight and through until Tuesday, with MetService issuing warnings for travellers and farmers. 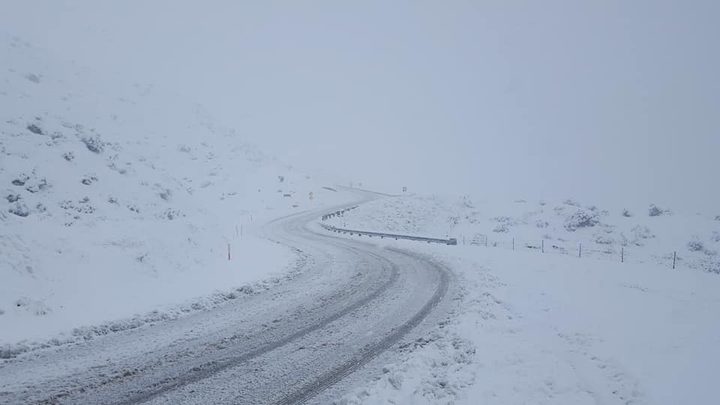 Heavy snow is expected for many parts of the South Island, and MetService warns travellers to keep up to date with changing conditions. Photo: RNZ/Tess Brunton

Widespread storms experienced by much of the country through the weekend "continue to be a significant weather event", and are expected to be chased by a series of cold fronts travelling up the country over the next two days, MetService says.

The forecasters have issued a series of heavy snow watches and road snowfall warnings.

In lower parts of the South Island snow could fall to sea level overnight and into Monday morning - the lowest this year.

And in the west of the Nelson region, Buller and north Westland snow is expected to around 400 metres with heavy snow above 500 metres, from Monday evening.

"We have got a watch out for possible heavy snow conditions for the lower South Island, which includes Clutha, Central Otago, Southland as well as Fiordland.

"We are expecting snow to reach down to at least about 300 metres overnight, and then possibly reaching sea level tomorrow morning."

Many high roads and passes across the South Island could receive heavy snow, disrupting traffic. In particular snow is expected at the Crown Range road, the Lindis, Lewis, Haast and Arthur's passes, and the Dunedin to Waitati highway for Sunday evening and Monday.

About 50 centimetres of snow is expected on the Milford Road through Sunday and Monday, possibly to sea level.

In the North Island snow showers are expected on the Desert Road on Monday morning that could see up to 2 cm accumulate at the highest points.

Those travelling should stay up to date with forecasts and warnings for the areas they are travelling in, as the storm unfolds, MetService says.