The family of Mason Pendrous is deeply disappointed about the way it has been treated by the operator of the hall where he died. 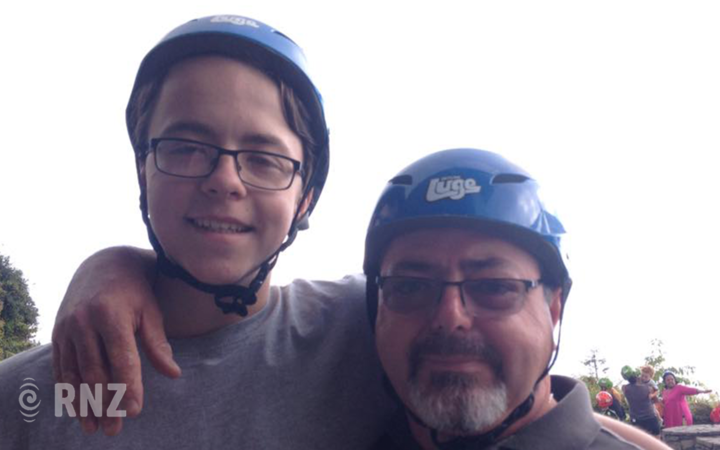 Mason Pendrous and his stepfather Anthony Holland. Photo: Supplied to RNZ by family

Today marks one year since the 19-year-old was discovered at the University of Canterbury hall, where it is believed his body lay undiscovered for up to four weeks.

Twelve months on, Anthony Holland said the loss of his stepson was still hard to bear.

"Me and my family we talk about him often. It's like that line out of Shawshank Redemption: 'Do I miss my friend?' I miss him a lot. Every day, every single day."

But the grief this family feels has been compounded by what it said was a failure by Campus Living Village (CLV) to keep them informed of the changes it had made to prevent a repeat tragedy.

Holland said the multi-national company, which the family chose because of the pastoral care it promised to offer Mason, had not been in touch with them since January.

The last meeting, eight months ago, was to discuss an independent inquiry that found the company had no staff on site and failed to follow up on the whereabouts of their son.

RNZ put the claim to Campus Living's Australia-based managing director, John Schroder, and asked them why they had not kept in touch with the family.

"I believe we have. I spoke to Antony Holland several times face-to-face in New Zealand four to six weeks after Mason's death. Our chief operating officer had more communication with him thereafter and tried to get in touch earlier this year [in January]."

Schroder insisted CLV had done enough to support the family and to communicate to them the changes it has brought in.

Schroder said between May and July this year, it worked with the university and hired eight more staff and 15 more resident assistants.

Holland said while he was happy with the communications he has had with the university and the actions it and Campus Living had taken, the company still had a duty to keep the family up to date with the changes it had introduced.

Schroder admitted the situation wasn't helped by the university allowing the halls to be used to house first-year students such as Mason Pendrous, when it was only designed to accommodate those in years three, four and five.

"The original design of Sonoda was not for first-year undergraduates, so we have stopped that - eliminated it." 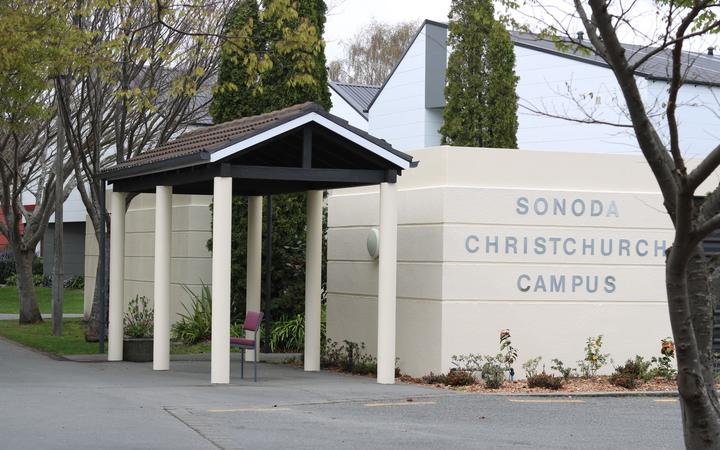 First-year students can no longer be accommodated at Sonoda. Photo: RNZ / Katie Todd

Decomposition of the teenager's body made it impossible to determine the cause of death.

To this day - Mason's friends and family felt his death had been overshadowed by questions.

"There is nothing I can do to change to bring him back. As sad as it sounds we will never know where, when, why or how. Do I grieve? Yeah, absolutely I do," Holland said.

In a statement, the University of Canterbury said: "Due to high demand for student accommodation in 2019, UC and CLV entered into an agreement to provide a special option in Sonoda apartments, which provided a customised first-year experience."

"In September and October 2019, UC provided accommodation, facilitated a tree planting and memorial service for friends and family, covered expenses, facilitated a tour of the UC environment," she said.

His family had also been invited back to visit the memorial site this year.

From January 2021, universities and polytechs face a $100,000 fine if they are found to be responsible for the serious harm or death of students in their care.