A report on the death of a university student whose body was not found for several weeks says one factor in the delay was the closure of an on-site office, which reduced contact between staff and students. 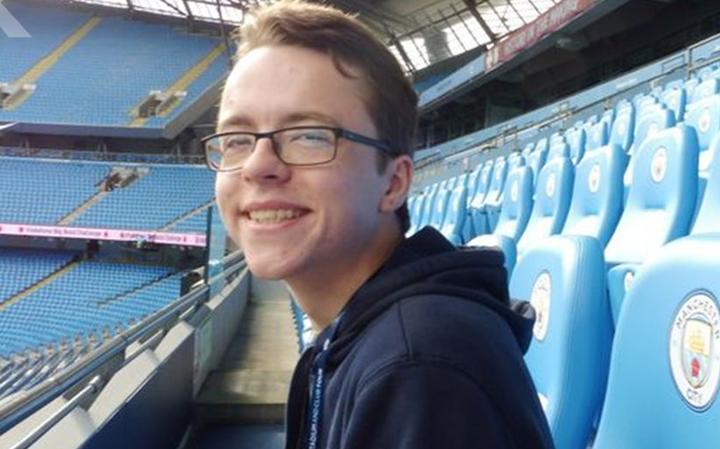 Mason Pendrous was found in his room at the Sonoda Hall of Residence. Photo: Supplied to RNZ by family

Retired judge Kit Toogood was commissioned by the University of Canterbury to look into the death of 19-year-old Mason Pendrous in the University's Sonoda hall of residence last year.

Toogood said one of the reasons Mason's death went unnoticed was the office closure by the accommodation provider, Campus Living Villages, at the start of 2018.

He said staff at that office would otherwise have been onsite during the day, and could have established regular face-to-face contact with each student.

Toogood said another factor was the lack of without-cause checks at the site - the kind of checks made at other student accommodation by residential advisers or cleaners.

The report said that Mason Pendrous had very little to do with his flatmates, who saw him so infrequently that they assumed he was out of the building.

In fact, he was often shut in his room on his computer for long periods overnight, and sleeping during the day.

He was also not eating meals in the Sonoda dining room or in the university hall dining room.

No follow-up on academic issues identified for Mason

The report said that by the beginning of June 2019 Mason had disengaged completely with his studies, and continued to ignore emails from university staff who were attempting to assist him.

In August 2019 Campus Living Villages, failed to follow up on information it was given about academic issues relating to several students including Mason, during the first semester.

It did not make any attempt to contact Mason about the issues until 18 September.

In his recommendations Toogood said Campus Living Villages should consider enforcing regular face-to-face contact between resident assistants and the students, and require students to inform them if they planned to be absent for a period of time.

Toogood said the University of Canterbury and Campus Living Villages should come to an agreement on the minimum number of qualified residential staff aiming for the highest level of service to residents.

In findings released in December last year, a coroner had found Pendrous died some time between 26 August and 10 September in his room.

He was unable to determine the cause of death due to decomposition of the teenager's body.

Pathologist Christopher Lawrence had said Pendrous' heart appeared normal, but he could not exclude some form of cardiac arrhythmia.

In response to the death, vice-chancellor of the university, Professor Cheryl de la Rey, had said a buddy system for first year students would be introduced this year, and an early alert system aimed at identifying students who needed more support.

A new mandatory code will also come into effect, meaning universities and polytechs would face a $100,000 fine if they are found to be responsible for the serious harm or death of students in their care.