A plan to build hundreds of new homes in a rural valley five minutes from the centre of Nelson city has triggered a groundswell of opposition before an application has even been lodged.

Meanwhile a housing shortage in the area was leaving companies struggling to house new recruits, and was pricing many out of the market.

Opponents of the housing plan on private land off the Maitai Valley took their 'keep the valley rural' message to the Nelson City Council today, where they packed out the public gallery and left standing-room only outside the chamber.

The message was made loud and clear by Save the Maitai group spokesperson Rosey Duncan, who said there were many things wrong with a subdivision in the Maitai Valley.

She urged the council to decline any application to re-zone land in the Kaka Valley and Maitai Valley, from rural to residential land.

"Please protect the Maitai Valley. Keep it rural - it's our last rural valley," she said.

More than 8000 people have signed the petition against a consortium's plan to build what could be more than 700 houses in the Kaka Valley - a quiet green enclave off the city's Maitai Valley, and up on to the hills above.

Placards have sprung up on homes along the Maitai River's lower reaches, where people leisurely walk their dogs, or cycle its leafy paths. 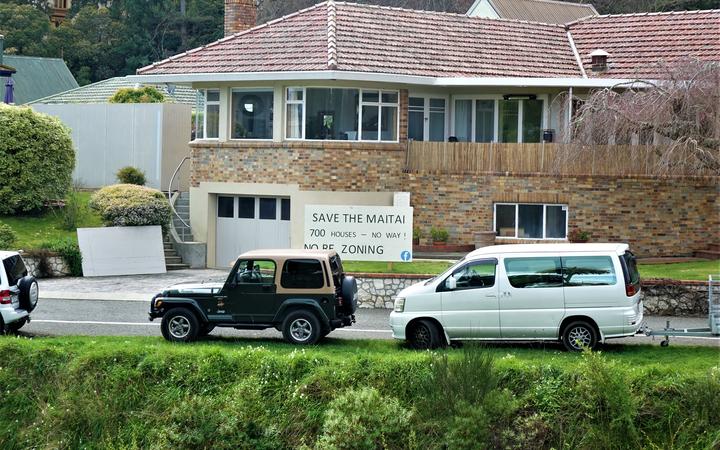 Save the Maitai joint spokesperson Peter Taylor said it was a place treasured by Nelsonians.

"It's where people go to swim, walk, have picnics and ride their bikes and it's going to be wrecked by several hundred houses.

"The whole ambience of the valley which is rural and peaceful is going to go under."

Demand for housing in Nelson-Tasman was outstripping supply, and more younger people were being locked out of the housing market.

It was creating a worrying curve in the economic outlook, as the region's ageing population increased.

The head of Nelson's economic development agency, Mark Rawson, said older people moving to the region post-Covid could boost the local economy, but "to keep the engine of the economy pumping we do have to get some balance between that and younger families coming to the region and building their future.

"Those are the people who contribute to the school, they run the sports club, they build long-term community."

The pinch was already being felt among the region's industry, commerce and tech sector.

Firms had no trouble attracting interest from new recruits, said Chris Rodley of Nelson-based tech development firm, Snap-IT, which was looking to relocate part of the business to accommodate planned growth.

"When you say to people, 'do you want to come to Nelson?' they say 'yes' before you've finished the sentence."

But they cannot find anywhere to live. 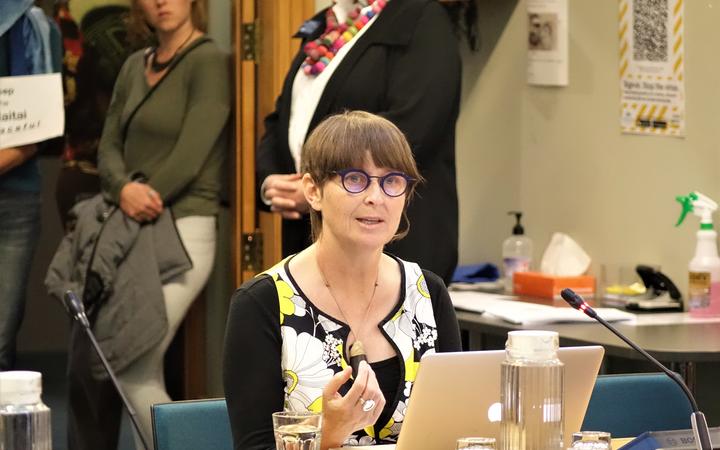 "I'm seeing from the council and regional development agency the desire to see growth; the desire to see clever businesses spring up in the region and I believe that's true, but does Nelson as a city want to grow?

"I think the answer is yes, because if it doesn't want to grow then we're going to have to find another place to locate our people, because there simply isn't enough room."

But Taylor said there was plenty of land to cope with future growth, on land already consented and subdivided.

"There's plenty of places to build. We don't need to build cheap subdivision in a valley that's already an icon for Nelson."

Taylor said he based his comments on the "bog-standard subdivisions" the consortium had built elsewhere.

"There's no snobbery here. There are thousands of people who use the Maitai every year - it's a sacred place for recreation.

Many were on what was once productive land on the Waimea Plains, which raised other issues, said head of the Nelson-Tasman Chamber of Commerce Ali Boswijk.

"If we eke away at all that productive land that will completely undermine one of the key economic drivers of the region, and that would be something that we'd all look back and think wasn't a good idea."

Boswijk said the group raised valid points, including around where development was best placed in the central city.

But a wider view was needed, she said.

"We talk about developing the CBD and getting more people living in town and I couldn't agree more - I live right on the edge of the city and I love it.

"But to do that takes some thinking and time in order to get there, and all of these things need to be done in tandem, but you can't do nothing."

Nelson's deputy mayor Judene Edgar said there was a long way to go before a single house was built on the Kaka Valley site.

She said the council had not yet received an application to re-zone the rural land, but it knew the planned development was in a special area. 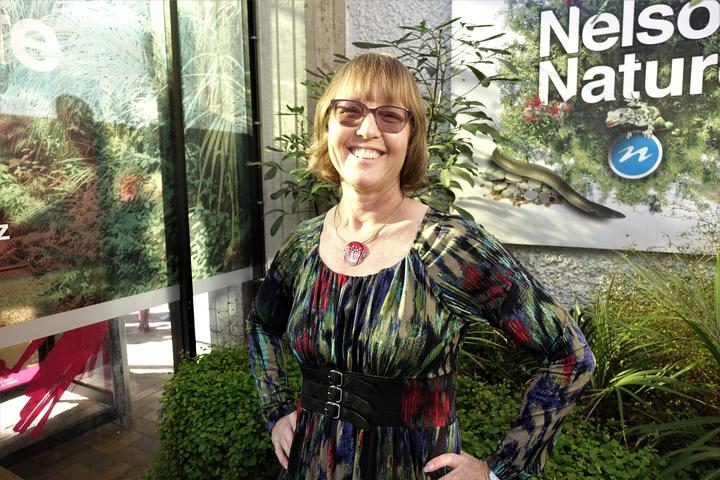 "We all like walking, cycling and recreating in that area, but it is private land - this isn't part of the Reserves area and I think that's important for people to understand - it's not taking away any public land."

Edgar said environmental protection was a critical part of any application to develop land.