Traffic into Auckland's CBD city over the Harbour Bridge is heavy as commuters face another day of congested routes and closed lanes. 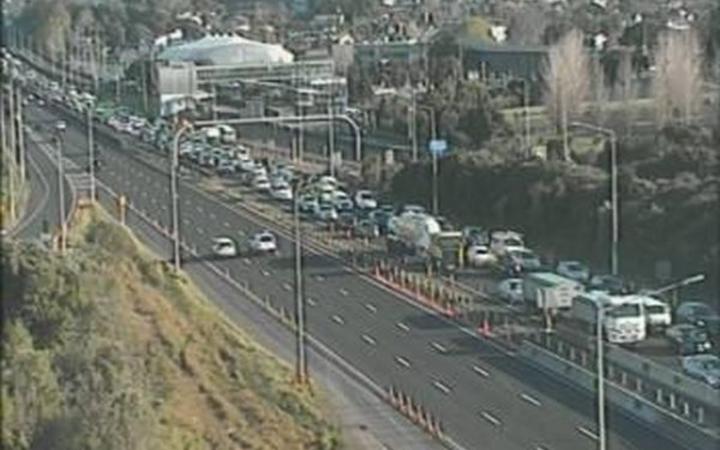 Traffic was heavy at 7am on SH1 citybound from Upper Harbour Highway while overall travel time via the western ring route (SH18/16/20) was similar, Waka Kotahi NZTA says.

Reduced lanes on the bridge are leading to heavy citybound traffic on State Highway 1 from Tristram Ave.

The agency is again advising people to work from home if possible.

Work on temporary repairs to the steel strut could start start tonight but a long-term solution remains weeks away.

If all goes to plan, NZTA is intending to shut the southbound lanes of the bridge from about 9pm, until 5am on Wednesday, and installation of a new piece of the strut is to take up to two nights.

The agency said it would not know the timeframe for certain until the teams got up there and understood the challenges of the repair work.

Northbound traffic will still have two lanes open and a detour route around the western ring route will be put in for southbound traffic.

Once the temporary fix is in place, rigourous testing will still have to be done before vehicles are allowed back onto two of the four lanes that are closed on the centre span - one in each direction.