In 1966, a solution began to help the disabled living in geriatric facilities simply because there wasn't anywhere else to go, but now a retired forensic accountant is calling for finances that led to its planned closure to be reviewed. 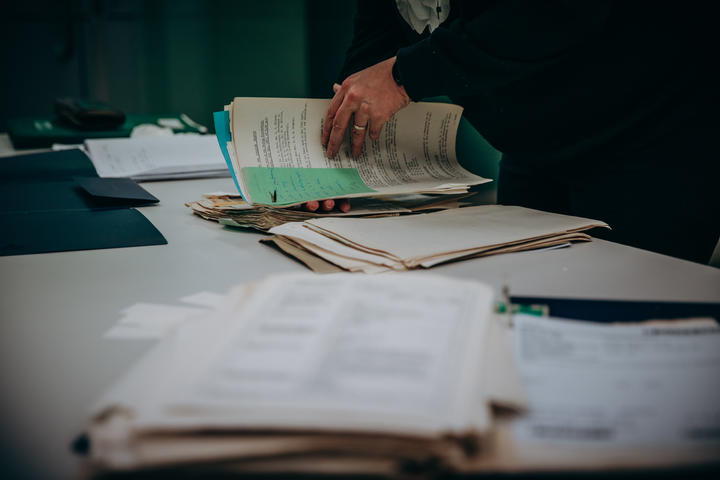 'It's just like motel units," Henry Cooper told the Auckland Star when the first Laura Fergusson Trust home opened in 1970. Cooper, who was confined to a wheelchair with muscular dystrophy, is shown sitting at a desk studying, his textbooks laid out in front of him. A small 35cm black and white television to the side.

For Peg Ellis, who lived with her parents in Ōtāhuhu, the move was more daunting.

"I'm really pulled two ways between my home and my independence," she told the paper.

"But I'm getting older now and won't always have my parents, so I decided to make a break," she said. 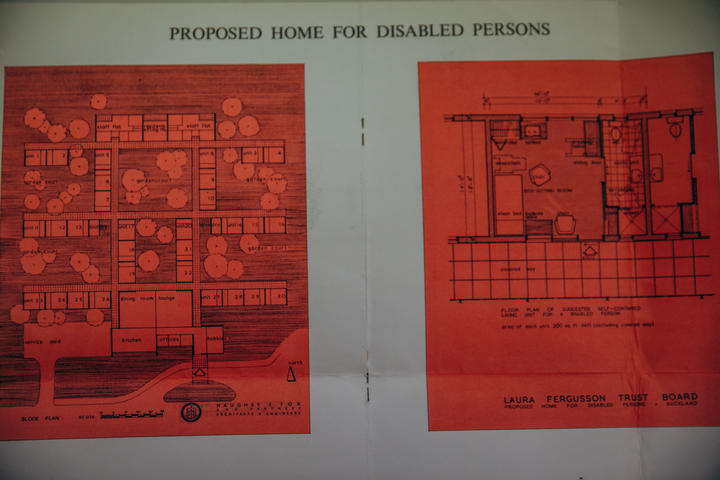 Plans for the Proposed Home for Disabled Persons from the Laura Fergusson Trust Board. Photo: Supplied / Archives NZ

Working four days a week at the Disabled Citizens' Centre, she estimated she'd have to get up at 6am every day.

"Tying my shoes and doing my hair are a bit of a problem, but I'm hoping to overcome that," she said.

Cooper and Ellis were two of 18 applicants selected from a pool of 67, aged between 18 and 40, who were partly dependent. The first building was intentionally designed to be a home and not a hospital or institution.

Each unit had a bed and a bathroom containing a toilet and shower. They either had carpet or cork tiles on the floor - according to the residents' needs. A glass frontage gave both a view and light. Occupational therapists assessed every resident, and their unit was adjusted to meet their individual needs. For Cooper, that meant changing the height of his bed and bookshelves.

"Some people will spend the rest of their days accommodated at 224 Great South Road. In this home anyway, it is the trustee's intention to provide as near as possible, the facilities and attention a disabled person would have in their own home," a report from the trust says.

The opening of the homes was a big event, and drew between 300 and 400 people to the Greenlane site, between the Great South Road and the southern motorway. 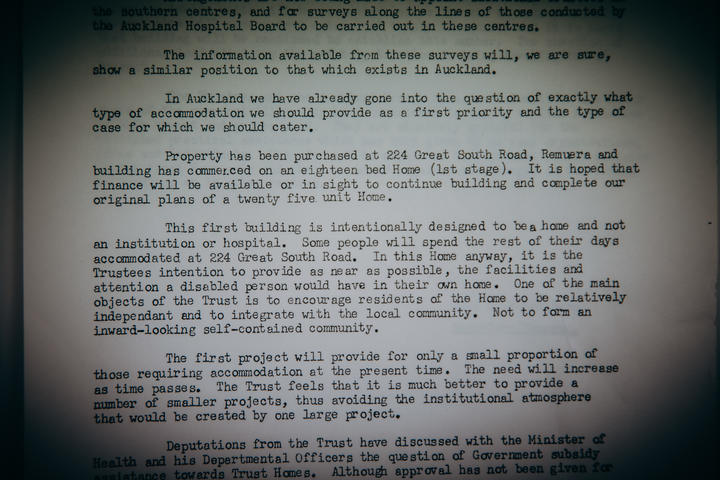 Although it bears the name of the wife of the then-Governor General Sir Bernard Fergusson, the trust was a collaboration of community organisations and individuals that began some years earlier.

In 1966, an enthusiastic group of representatives from charitable organisations including the Crippled Children's Society, the Spastic Fellowship of New Zealand, churches, Rotary and a group of ladies, headed by Mrs T.H.C (Mary) Caughey, Lady Fisher and a Mrs W.E Henley, met to discuss the lack of accommodation for disabled adults.

To ensure there was no duplication of services, a fact-finding survey was organised by the Auckland Hospital Board's superintendent of Medical Social Services Dr Lopdell. A total of 1083 responses were received from across the Auckland region, at a time when Auckland's population was about 630,000.

The survey questioned people about their condition, their level of mobility, the extent to which they could live in the community and their employment status. It also asked about their financial position, what assistance they received, where they lived and who cared for them. 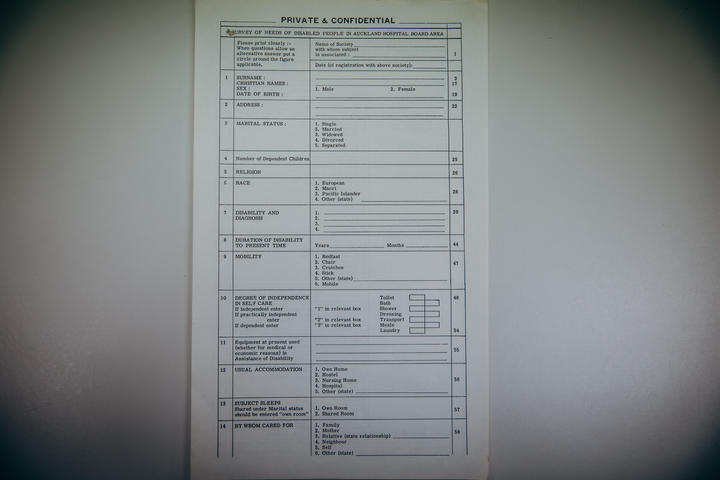 A survey for the needs of disabled people in Auckland Hospital board area. Photo: Supplied / Archives NZ

The results showed there was a need for a residential centre for young people with physical disabilities. It identified 25 disabled people in urgent need of accommodation and estimated this would grow to 100 in five years, and 500 in 10 to 15 years.

It was decided the best way to address this was through a trust, whose primary objective was; "to assist disabled persons in the solution of their residential problems." The emphasis was on integration of the disabled into the local community, not an inward-looking, self-contained community.

And it was clear, "this is not just another charitable organisation."

Lady Fergusson lent her name to the trust on the understanding it would be nationally focused.

The Wellington and Christchurch branches, which subsequently opened, are independent and unrelated to the Auckland operation.

The patron wanted to address two problems; the number of disabled people living in psychiatric and geriatric facilities, simply because there wasn't anywhere else to go. And she had a special message to parents of disabled children - the trust would safeguard these children's future so that they would be cared for when the parents were no longer able to.

The units were funded by residents' fees and voluntary contributions administered by the trust.

A community united and a Herculean task

What's clear from reading the files at Archives New Zealand in Wellington, is just how much money Aucklanders have provided to the Laura Fergusson Trust over the years. Meeting minutes, accounts and various reports, produced on old-fashioned typewriters backed with carbon paper, show the hours of effort, time and money that went into establishing and running the trust.

So much that it could arguably be considered an Auckland institution.

The genesis lay in the powerful Ladies Auxiliary. Started in 1965 by Mary Caughey and Laura Fergusson, it supported discussions between hospital boards and social service groups. 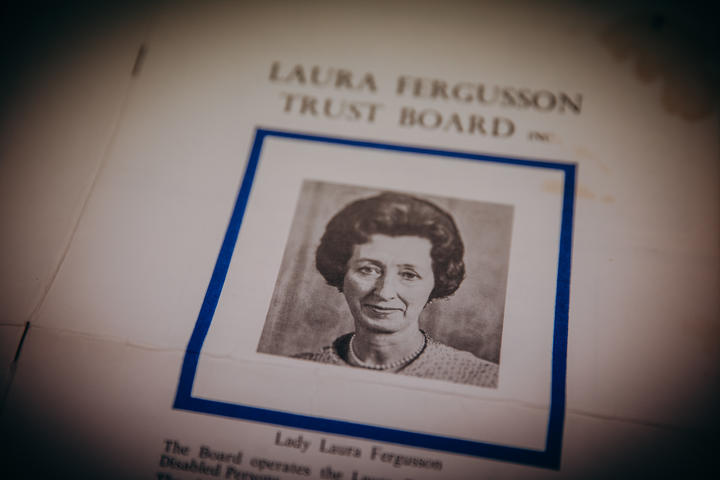 Lady Fergusson lent her name to the Trust on the understanding it would be nationally focused. Photo: Supplied / Archives NZ

Once the home opened, its fundraising efforts continued; through a series of luncheons, a ball, an ikebana flower display, a bring-and-buy, donations and a bequest, in the year to April 1971 the committee raised $16,253 (about $250,000 today).

Even in 1994, the women's committee remained formidable bringing in more than a million dollars for the trust through various events including fashion parades, luncheons, a mah-jong competition, a cake stall and a Russian night.

Financial challenges and a call to open the books

Today the trust's popularity has waned. In the last financial year, the trust received less than $50,000 in donations and $100,000 from bequests. It received $1000 from membership subscriptions (indicating they have a membership of less than 50), although some who've tried to join this year have had their $30 membership fee returned.

In January, Laura Fergusson Rehabilitation announced that in August it would close its operations in Auckland, Waikato and Whanganui. About 250 people relied on the service at the beginning of the year, and 62 people had to find new homes as a result of the announcement.

"The issue we face is that we are running those services at a loss, and that is not sustainable in the long term."

Copies of the trust's financial statements to 30 June last year show it ran a deficit of a million dollars in 2018/19. But its Greenlane site is worth an estimated $44m.

He said if the amount spent on consultancy fees was deducted, there was a more modest annual deficit of $170,000, less than the $260,000 deficit the year before.

And he is calling for the various consultant's reports, including one prepared by board chair Chris O'Brien, to be made public.

Since 2017, the trust has been in breach of its banking covenant regarding a $4m mortgage over these properties, due to be repaid in 2021.

But Lane said the debt itself was not necessarily a problem, partly because the ASB was one of the trust's founding members.

"They've been in default for years, the ASB hasn't necessarily got a problem in terms of security. It probably just doesn't meet the new rules on banking."

Since the announcement that the site is closing, Lane has met with O'Brien and his fellow board member Richard Glenn, and was keen to impress upon him the possible alternatives to continue running the site.

This included talking to the Caughey family about lessons that could be learnt from the recent sale of the site of the former Caughey Preston rest home in Remuera. 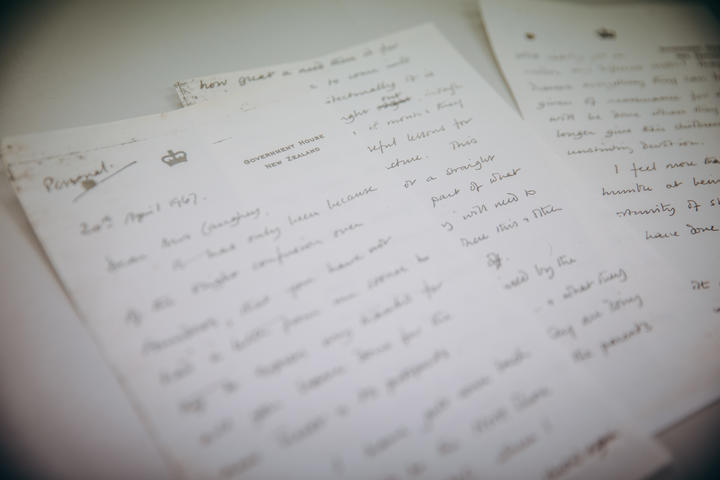 And he wanted to know why the trust hadn't looked at keeping the land and transferring the operation to a well-proven provider like Southern Cross or a district health board.

He said the chairman listened, but was non-committal.

"We have consistently asked the government to provide more funds for some of these services, and in some cases we haven't taken some clients, because we knew it would be unprofitable."

Yet the ministry denies it ever received a request for additional funding. Subsequent OIA requests show neither the ministry nor the associate Minister of Health, Jenny Salesa, recorded any requests from Laura Fergusson Rehabilitation seeking financial help.

O’Brien, the chair, has refused to speak publicly since the closure was announced and none of the directors have revealed their future plans for the site, but the original Trust Deed makes clear that if the trust is wound up,  a special general meeting would decide how surplus assets would be disposed of.

"Any surplus assets which are to be vested otherwise than in the Trust Board must be applied exclusively for charitable purposes which as nearly as practicable resemble the objects of the Society," the deed says.

The object of the society is to provide rehabilitation services, therapy, housing and other services to help disabled people achieve their full potential and independence.

Is an ongoing service possible, or will it be lost?

Denis Lane warns selling the site would be irreversible. With interest rates as they are and the vulnerability of the sharemarket, holding onto the site is the only option to allow the continuation of the services the trust provided for Aucklanders with disabilities. 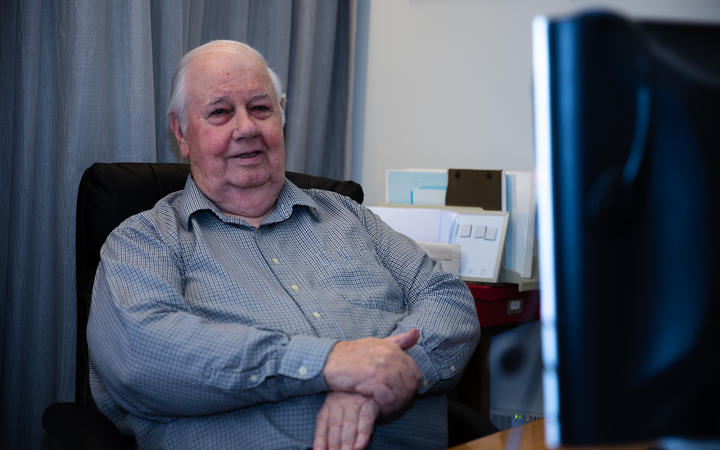 He would like to see a new board installed, discussions held with a new provider and attempts to tap into the goodwill of Aucklanders to raise funds to refurbish the current facilities. He said past fundraising efforts to fix the roof and the pool showed the public willingness to give money.

The trust was set up more than 50 years ago to help those who didn't require medical treatment or nursing care and weren't the responsibility of the Hospital Board. Yet today, disabled people continue to live in residential and geriatric facilities because there is nowhere else for them.

This, despite successive reports talking about the need to boost disability services. Heather Simpson's most recent review of the health sector found the current system is significantly underfunded and changes to both the level and how the system is funded is needed to support improved system performance.

It also recommended promoting the principals of Enabling Good Lives so that an individual's disability does not define their life chances.

Henry Cooper was studying to be an accountant; Peg Ellis wanted to pursue her love of writing in her spare time. Their wishes to live normal lives are just as relevant today as they were 50 years ago.

And with the imminent closure of the Laura Fergusson Trust, the choices for Auckland's disabled community appear just as limited now as they were then.