The government will confirm later today whether Auckland's restrictions will be eased and the rest of the country will move to level 1. 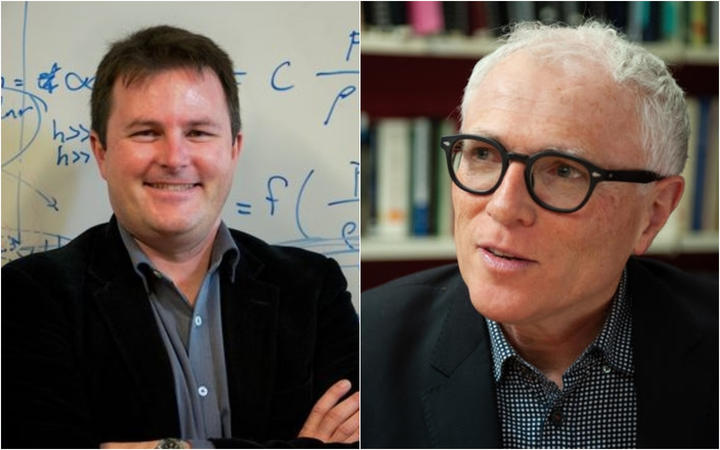 It has been agreed in principle for everywhere but Auckland to move to alert level 1 from midnight tonight, and for Auckland to remain at level 2 but with eased restrictions on gatherings on Thursday.

After a run of no new community cases last week, two community cases were reported yesterday linked to a case picked up on Saturday. The person was diagnosed after completing managed isolation and the source is still not clear.

University of Otago epidemiologist professor Michael Baker told Morning Report he was comfortable with the rest of the country, outside Auckland, to move down alert levels.

He suggested a 'level 1.5' with some restrictions on large indoor gatherings. "But essentially, it is largely back to life as usual."

Although last week there were no new cases in the Auckland cluster, it would pay to be careful, Baker said.

"We still need to be cautious. We learned that coming out of the last outbreak.

"Auckland will need a special thought, probably more time at level 2 after Wednesday."

He said the new cases came from a completely different source. "That raises questions about how they were infected."

The most likely scenario was the person got infected in the isolation facility in terms of the timing, he said, adding that it needed to be investigated.

Another situation could be the person was infected before they got to New Zealand but were incubating the virus for longer.

"The 14 days [isolation] in the facility is reasonable, but we need to take precautions at the end of that time."

He suggested another seven days of home isolation, wearing masks, and a third test after leaving the facility.

"It is still frustrating that we don't know, we will get more information over time because these cases had an unusual genome lineage."

The Director-General of Health, Dr Ashley Bloomfield said there were no plans to add a third test, and the focus remained on those within the 14 days.

He said the real challenge for Cabinet today would depend on the numbers and the confidence in the control of the Auckland cluster.

Another week in level 2 would provide more security against further spread, he said.

But physics professor Shaun Hendy, who has modelled the spread of the virus, said it was feasible to move down alert levels for the whole country.

He told Morning Report the new 'cluster' was a concern but would probably not affect Cabinet's decision today because "we caught it early".

The issue with the Auckland August cluster linked to Americold was that it was picked up quite late.

"That left us in a very uncertain position, we estimated at the time there could be up to 100 extra cases in the community ... that's probably not the situation with this case. We can see the link to the border."

The likelihood of similar undetected cases was small, he said.

Hendy said options to keep the virus out of the community could include increasing the time in quarantine or, referring to Dr Siouxsie Wiles' suggestion, a third test on day five after leaving managed isolation.

Currently, those in managed isolation have to take tests on days three and 12 of their 14-day stay.

But the new case was a testament to the way MIQ facilities were being managed, Hendy said.

"There's potential this case is due to a long incubation period," Hendy said.

There is new data now that does suggest that incubation could be up to three weeks - maybe one in 100 people - which might be possible, he said.

"That means we might want to take a look at the protocols that we use in isolation and quarantine.

"There is also the possibility that the person has picked it up while they were in quarantine."

As for the Auckland August cluster, he said last week was reassuring with no new cases, and that it had been a number of weeks since there was a significant rise in that cluster.

"We're feeling fairly confident that that cluster is contained. That does mean we can look to relaxing the alert level in Auckland."

He said the country would have to get used to an odd case popping up every now and then.

"We just have to get used to that. It is alarming but that's what our system is set up to do, to catch that."