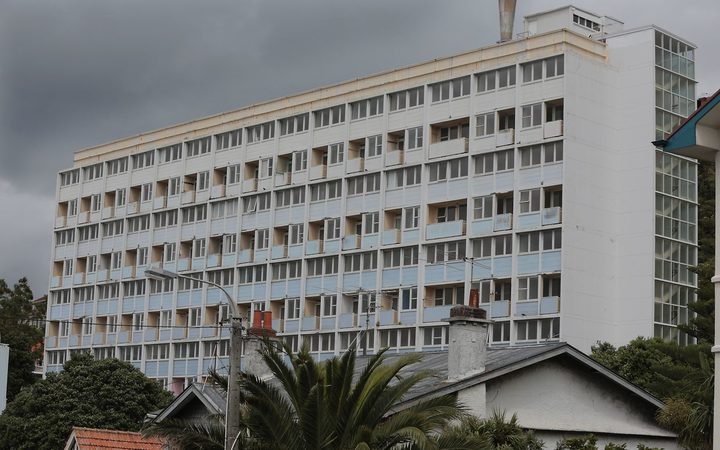 The Gordon Wilson block of flats on The Terrace in Wellington. Photo: RNZ

The flats, built between 1957 and 1959, were vacated in the early 2010s, after being identified as potentially earthquake-prone, and in need of remedial work.

They are now in a state of disrepair.

In their report, it highlights both buildings for their "outstanding historical significance because of their association with the state housing programme that was initiated by the first Labour government in 1935 and then continued under subsequent administrations.

"They are an expression of the culture of central government provision of social welfare as it evolved through the 20th century."

The report also outlined the architectural values, "representative of the embedding of modernist architecture, as a characteristic approach in New Zealand's mid-20th century public architecture, and together reflect the evolution in style before and after World War II".

"Sadly both the McLean Flats and Gordon Wilson Flats have been left unkempt and, consequently, have been deteriorating for a number of years, so for many, the first impression is that they are an eye-sore and ugly," Heritage NZ central region director Dr Jamie Jacobs said. 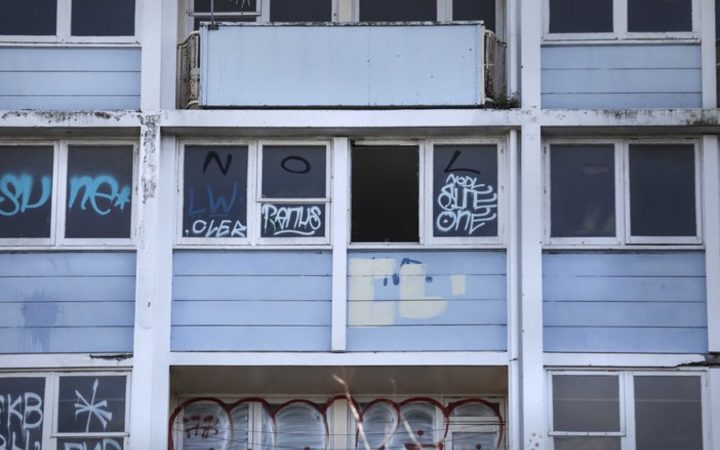 But the future of both buildings is currently uncertain.

Both blocks of flats have been purchased by Victoria University of Wellington Te Herenga Waka. The Gordon Wilson Flats - named after their architect - was bought in 2014, and the McLean Flats in 2019.

In June 2018, the university lodged an application for the redevelopment of the McLean Flats, although the work has yet to be started.

In July this year, the university indicated further plans to demolish the Gordon Wilson Flats, and turn the space into a teaching and research facility, as well as an entrance plaza for the Kelburn Campus.

"Exploring opportunities other than demolition are welcomed," Jacobs said.

"Besides the architectural merits as an example of modernism, a refurbished and strengthened Gordon Wilson Flats could continue to be used for accommodation.

"Hopefully the university's expressed values and commitments that include finding 'new solutions to complex issues' extend beyond demolition."

The heritage of the buildings was previously outlined in a 2017 ruling at the Environment Court, after the university's plans to redevelop the site was challenged by the Architectural Centre.