Security footage shows a man with a gunshot wound was dropped off by a car at a central Auckland cathedral, where he was found this morning. 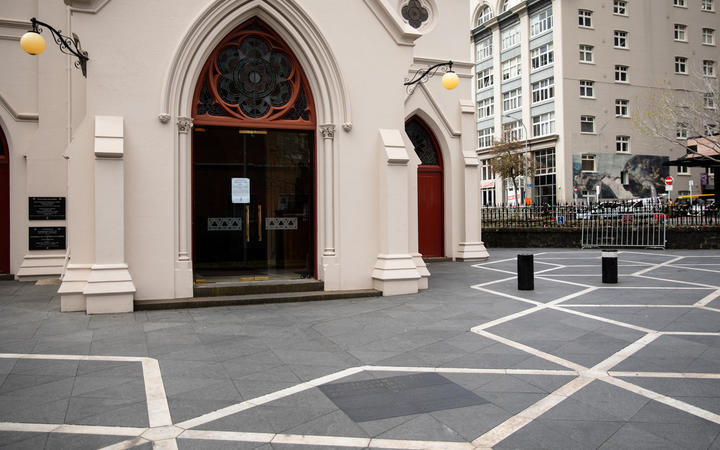 The man is now in a stable condition in hospital.

A security camera outside St Patrick's Cathedral recorded a car rolling up at about 7.30am and waiting a few minutes, because a woman was praying outside, said cathedral secretary Rebecca Knibb.

A man got out of the front seat with a bandage on his lower leg, with no blood visible.

The injured man sat on a bollard and lit a cigarette.

Knibb said the other people in the car seemed to know the man and called an ambulance, before driving off at a regular speed.

A nearby cafe worker said it was surprising a man had been found with a gunshot injury on what was otherwise a quiet morning.

"A customer told me that she saw ambulance, police car and fire engine outside the church... I didn't see anything when I went out... I just saw one police car leaving," she said.

A St John spokesperson says one ambulance, one Rapid Response Unit and a manager responded. 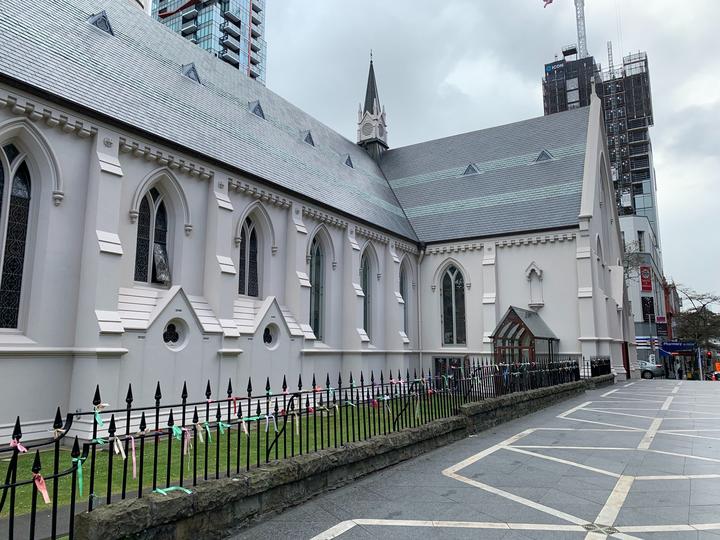