The iconic Waiwera hot pool complex closed its doors for a $3 million renovation in February 2018. It never reopened.

Instead the last two years has seen court battles over rent and trademarks, liquidations, cancelled leases, and a realisation that the damage to the infrastructure of the 50-year-old water park (and its more recent bottling plant) is so bad almost nothing is salvageable.

Which leaves residents with a 'bombsite' on their doorstep, and a hole in their local economy. They are asking what is going to happen - and when.

Today on The Detail, Nikki Mandow talks to Waiwera’s former general manager Dennis Richards, and journalists Cass Mason and Donna Chisholm, to find out what went wrong at Waiwera. It’s a complicated story of owners and lessees, a series of investors with ambitious plans that mostly came to nothing, and a business founded on hot water whose caustic minerals slowly and inexorably work to destroy the pipes, pools and pumps they touch. 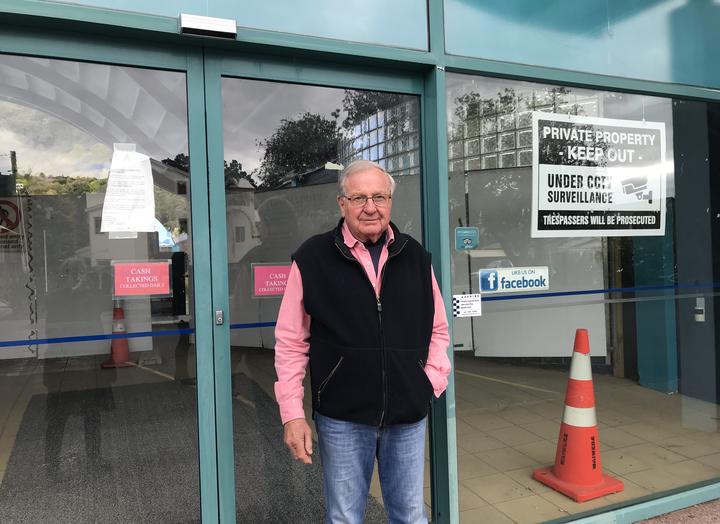 But there’s a potentially happy ending to the tale: the present owners have just this month made preliminary decisions on a $250m masterplan which could see the pools and the slides return to Waiwera, along with a day spa, a hotel spa complex, a micro-brewery and apartments. Evan Vertue, Waiwera project director for property company Urban Partners talks about the plans.

Waiwera means ‘hot water’ in te reo Māori, and for centuries people have bathed in the mineral springs that originally bubbled up on the beach.

European settlers realised the tourism potential early. Stories of miracle cures (like the mill owner who arrived at Waiwera in the 1870s ‘a complete cripple’ and after six weeks’ residence ‘threw away his crutches’ and set off to walk the 24 miles back to Auckland) fuelled the resort’s popularity. At various times there have been a large and grand hotel, a 400-metre wharf to bring passengers in by steamer, and numerous bath houses on the beach.

But since the 1980s, Waiwera’s fortunes have waxed and waned, culminating in the purchase of the thermal pools and water bottling businesses by Russian oligarch Mikhail Khimich in 2009. Khimich, a fast-living, oil company magnate, tasted Waiwera sparkling mineral water at an Auckland restaurant while on a trip to New Zealand to get his superyacht refurbished - and decided to buy the company.

He wanted the bottled water, but was forced to take a water park he never wanted as well.

By 2018, Khimich and his business partner (and reported Las Vegas-based diamond trader) Leon Fingerhut had run Waiwera Hot Pools into the ground and vanished from the country, owing significant amounts of rent on the pools - among other debts.

That gave New Zealand-based family-owned property company Urban Partners, which owned the Waiwera land, but not the water park lease, the chance to take over the business and develop a plan to start the pools and slides again from scratch. 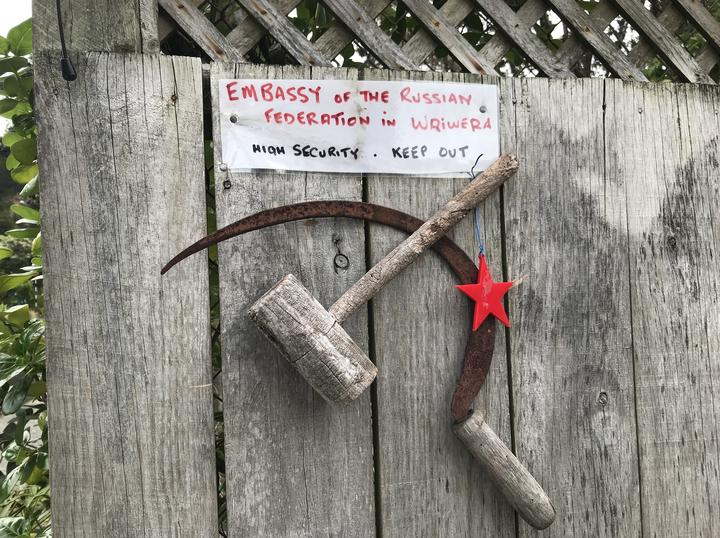 A Waiwera local's reference to the Russian owner of the local thermal pools, which are now abandoned. Photo: Newsroom.co.nz

“We are very advanced with our council resource consent for the extraction of the geothermal water,” Vertue says.

While the wellness/spa complex might be a cheaper and less risky project, Vertue reckons it makes sense to start by building the water park and slides.

“It’s a strong, high-foot traffic attraction and would get Waiwera on the map.

“We haven’t scoped up the whole investment, but we are in the $250m stage, so we are going to look for other parties to hold hands with us on this one,” Vertue says.

And as for timing? The whole project might not be complete in the next 10 years, “but it will be well on the way. Patience can’t go on forever.” 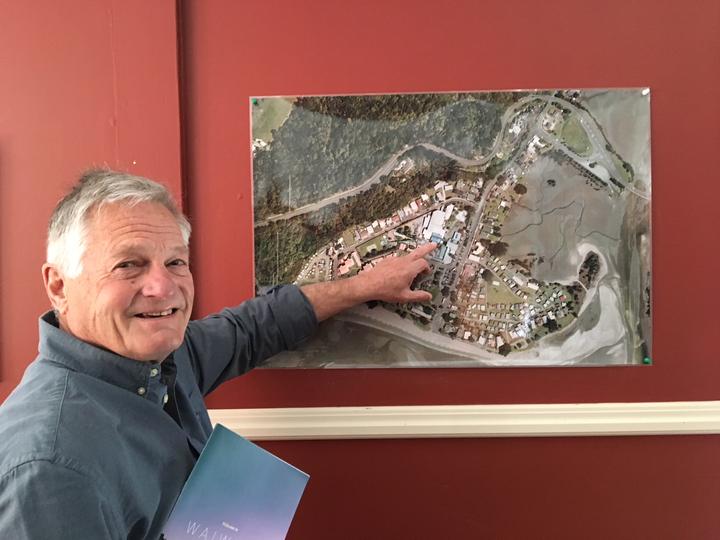