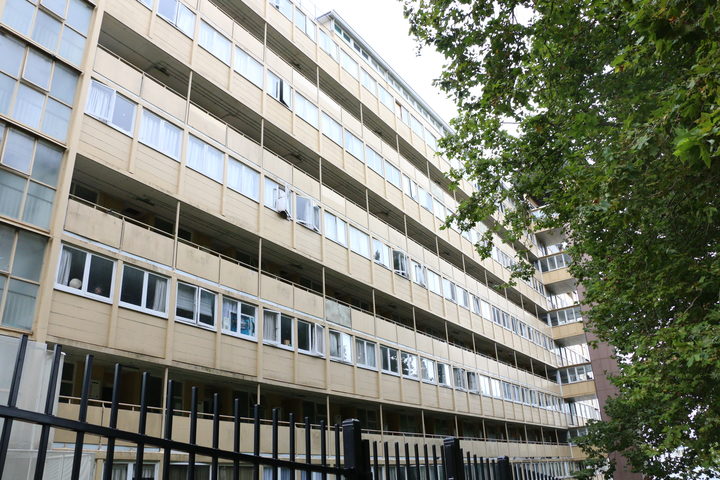 Number 139 Greys Ave was built in 1957 to house 87 tenants but Housing New Zealand says its time is up and a "world class" development will take its place.

The current tenants will be relocated to other houses to make way for the development, and may have the option of moving back in once the work is done, HNZ said. 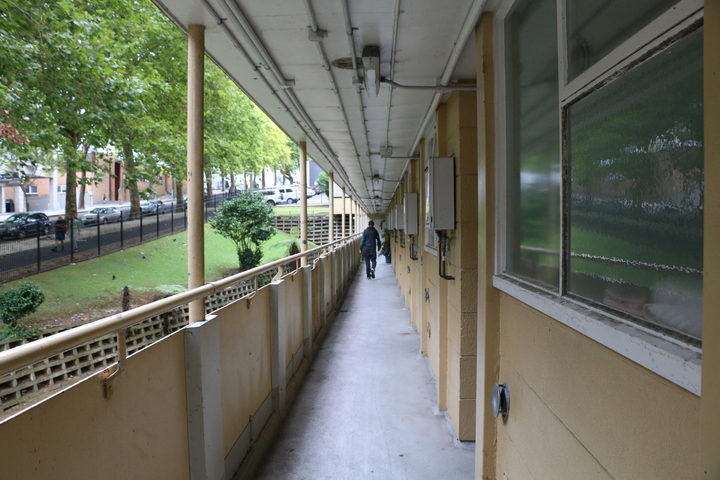 The outside corridor of 139 Greys Ave, set to be demolished. Photo: RNZ / Eva Corlett

Area manager Neil Adams said the new site would be built around the idea of pastoral care, with the building design taking into account age and ability.

Medical staff and social services would be on hand, with community spaces and in-house shops or facilities.

Some community organisations could put on cooking and art classes, he said.

"When we've had community rooms in Wellington, we've found that our tenants are really talented and have established music groups."

"It just really encourages those connections amongst themselves and others."

A decision will be made on the design in May and construction will begin next year, taking an estimated two and a half years.

'I thought it was home for life' 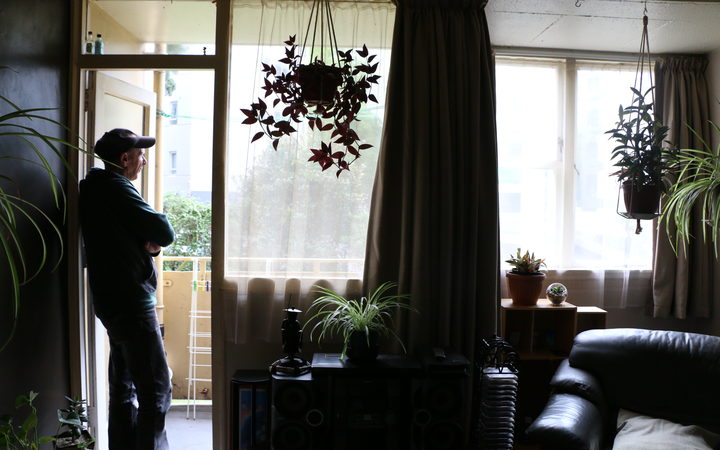 A tenant at 139 Greys Ave said he will be "a little bit sad" to move from his home of 13 years. Photo: RNZ / Eva Corlett

The narrow modernist apartment block is starting to show its age, with its faded custard walls and grimy concrete corridors.

While its ledges have become a refuge for resting pigeons, its units have been home to some of the city's most vulnerable for more than 40 years.

Many of its tenants will move out to nearby state-owned units, others will choose to exit Auckland or to move further into the suburbs.

One tenant, who RNZ will call Nora, has lived there for 38 years. The 66-year-old is in the middle of moving from the top floor to another Housing New Zealand block, called 'Lower Greys Ave', next door.

She has been grateful for her time at number 139.

"I'm so happy to be here - I thought this building is my home for life," she said.

She said Housing New Zealand had been good to her, and she supported the new development because the building was getting old.

While she may be happy to see the backs of some people in the building, she will miss old friends that may have to leave.

"It seems like we all know each other - it's very nice," she said. 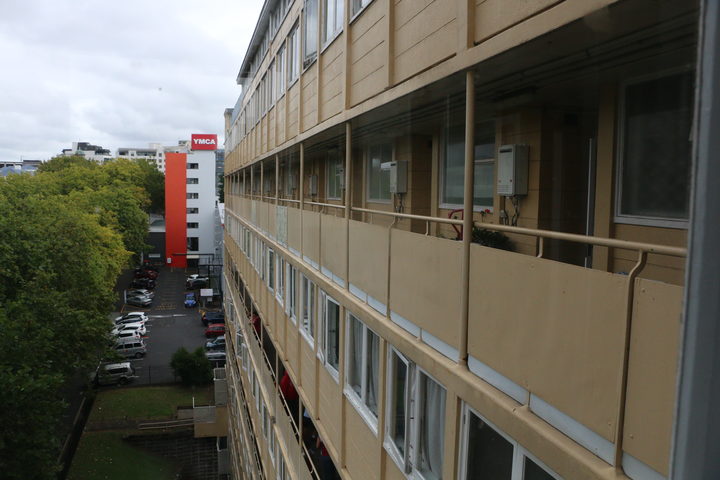 A tenant who wishes to remain anonymous has lived there for 13 years and says he isn't fazed about moving elsewhere.

"I would be quite happy staying wherever I get sent to because I will be just getting settled," he said.

However, having been a victim of both crime and intimidation at the apartment block, including having his door forced open and being robbed, he has a suggestion for the new build.

"I thought we could have a button for security," he said.

A button or confidential phone number would help tenants feel safe, he said.

'A showpiece for HNZ' 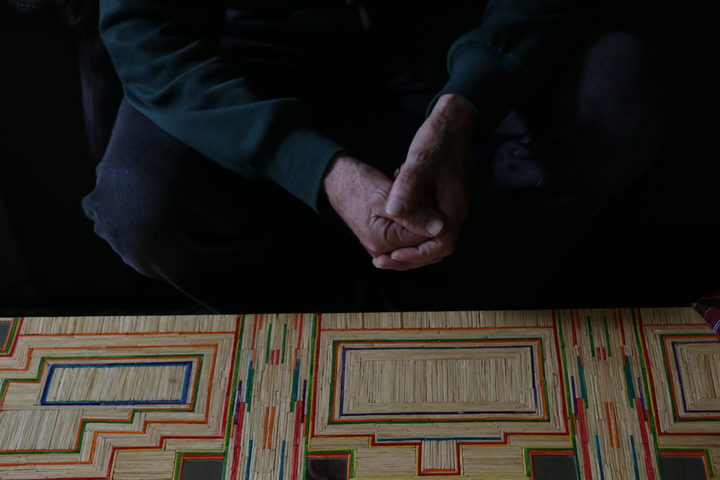 A current tenant with the table he decorated with matchsticks. Photo: RNZ / Eva Corlett

A former tenant who now lives next door at Lower Greys Ave, Edward Bennett, is also an Auckland historian.

The high-rise is the partner building to Wellington's derelict Gordon Wilson flats, which was recently saved from demolition, Mr Bennett said.

Knocking it down was a pity, but it could become a 'showpiece' for Housing New Zealand, he said.

"The main thing would be to monitor people," he said.

He said that when you put marginalised people - who may have come out of prison, or have mental health issues - in the same place, they started to "bounce off eachother", which could lead to trouble.

"It requires on-site management and a new building could be designed to create a better atmosphere", he said.

Better community services, in-house shops like a laundromat, and sustainable power and water should be considered, he said.