A worker in a sausage factory lost four fingers, after his hand was caught while cleaning a machine. 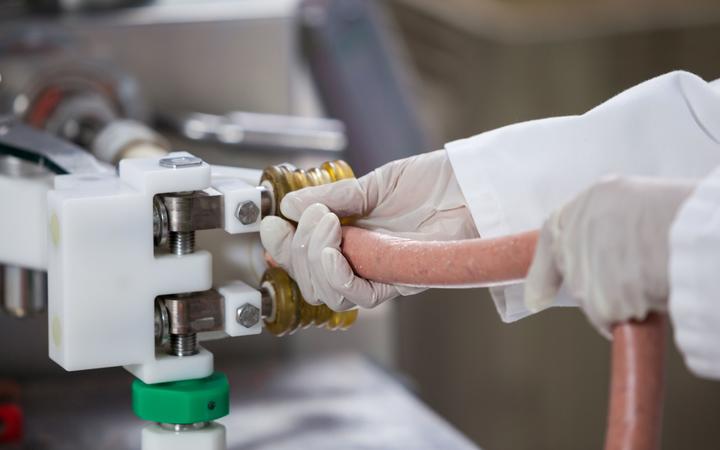 At Christchurch District Court, meat manufacturer Hellers Limited was was fined $193,500 and ordered to pay the worker $60,000 in reparation, after WorkSafe laid charges over the incident in March 2019.

The accident happened when a machine, which had not been stopped correctly, restarted part of its cycle while the man's fingers were caught between a rotating paddle and the inside wall of the machine.

The fingers could not be reattached.

"Instead of accessing the machine via its raised platform and from behind an interlocked guard, a step ladder was used to gain access to an unguarded area of the machinery, against best practice and the direction of the manufacturer's operating manual," Kelly said.

Company procedures for the machine were not monitored or reviewed, so the adapted method of cleaning was not picked up.