More than 100 people linked arms, holding off the felling of 23 century-old native trees in the Auckland suburb of Avondale this morning. 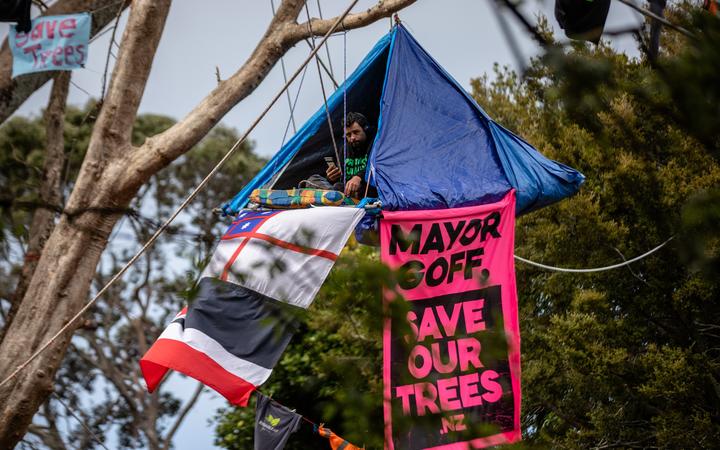 Protestors have been occupying trees on the Avondale site for weeks. Photo: RNZ/ Dan Cook

Half the mature native trees on the corner of Canal Rd and Wairau Ave have already been cut down, after the section was sold to developers to build houses.

Protesters, organised by Save Canal Road Native Trees, have been on site for 71 days, calling on Auckland Council to buy the property and save the trees.

Zane Wedding has been occupying trees at the property for more than three weeks.

He said he saw lines of protestors hold back about 30 police and contractors with a digger this morning.

"To say that this day was emotional for me is a massive understatement," Wedding said.

"When I woke up this morning and looked out of my little hut, there were over 100 people here... and they linked arms and they would not allow the police to come on site and extract what has become a massive group of climbers now - I think this morning we had eight people up in the trees, all aborists acting to protect these trees."

Wedding said the 23 remaining native trees were all about 100 years old and were from a diverse range of rare species for the area, including black maire, kawaka, manoao, and rewarewa. 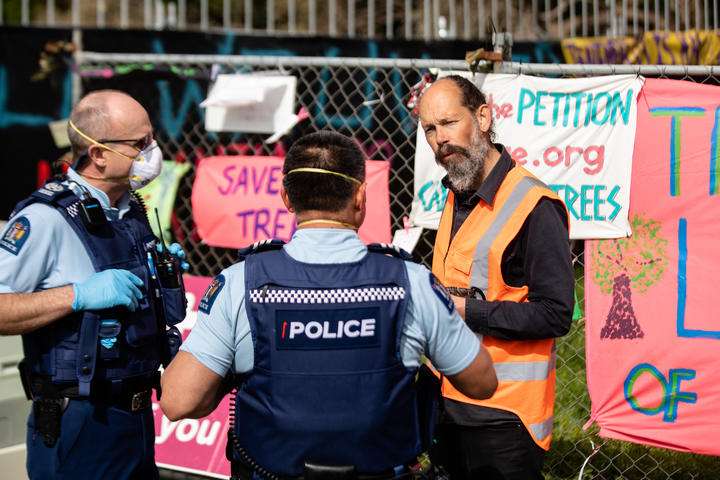 Auckland has lost a third of its trees since Auckland Council had to scrap blanket tree protections, following government changes to the Resource Management Act in 2012.

"There's just such a huge lack of mature trees in Auckland," Wedding said.

"We're fighting to protect these mature trees and for some kind of tree protection across Auckland.

"It's with great reluctance that I do this, but this was the stand of trees where I was forced to take a stand."

Protesters sang waiata as they blocked a digger from entering the site this morning. 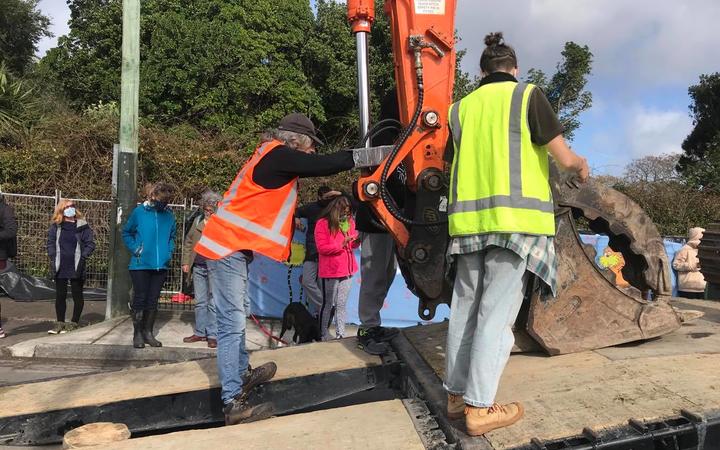 Protesters are calling on the Auckland Council to buy the land. Photo: Supplied to RNZ / Cathy Carter

A police spokesperson said they recognised the lawful right to protest, and were working to ensure everyone's safety. 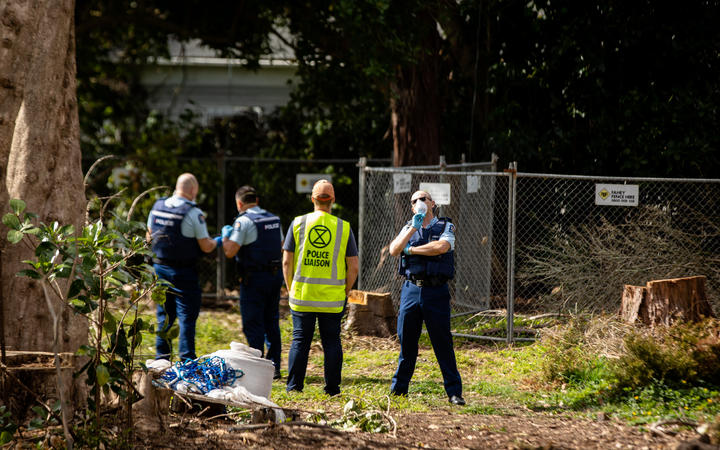 Auckland Council's Parks, Arts, Culture and Events Committee chairperson, councillor Alf Filipaina, has said the council cannot force a private landowner to contemplate a land exchange or direct them to consider other options.

Wedding suggested the council could sell one of the "empty fields that we consider parks" to raise funds to buy the Canal Rd site.