Green Party candidate and activist Steve Abel and five other people were arrested today while protesting the felling of native trees in central Auckland. 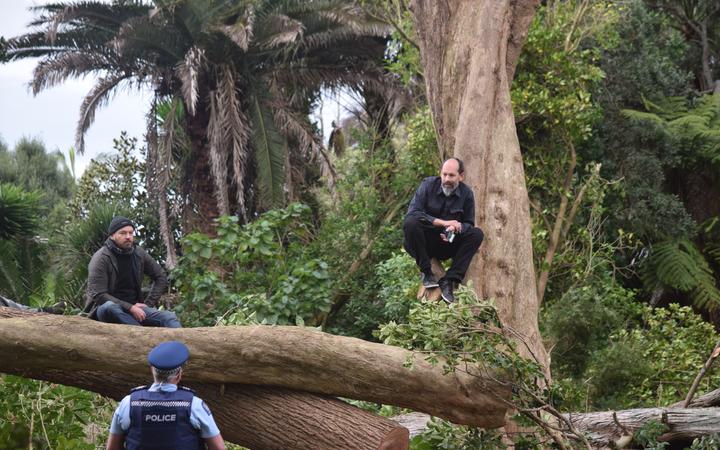 Thirty native trees on a Canal Road property in Avondale are set to be downed, following the sale of the property.

Protestors at the site today said the trees included a range of species including black maire, manoao, pōhutukawa, tōtara and pūriri - and estimated that 16 had already been given the chop.

Abel said there were police on guard at the property today when the chainsaw crews got to work, and he had a close call when a tree being felled crashed into the pūriri tree he was perched in.

"Fortunately, the tree I was in didn't fail."

Abel said general tree protection should be bought back, after it was scrapped under the Resource Management Act change in 2012. 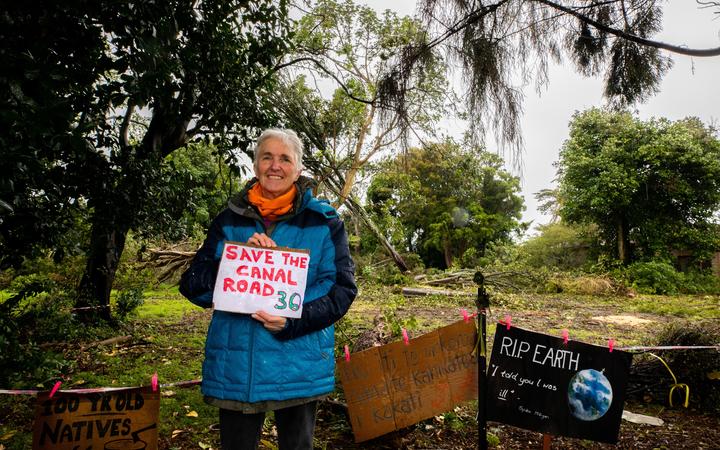 He also took aim at the Auckland Council, saying it had failed in its Urban Ngahere Forest Strategy and that it should have bought the property to be used as a park.

"This cluster of 46 old native trees is invaluable to the community, it's got ecological and heritage value. It should be protected," he said.

"If we can't look after beautiful big trees like these in our cities, then exactly what trees are we going to look after?"

Another group protesting the tree felling, The Tree Council, made a submission to the council's environment and climate change committee today.

The Tree Council survey used LiDAR - laser technology that can produce a three-dimensional image of topography - to measure the abundance, species and height of city trees. 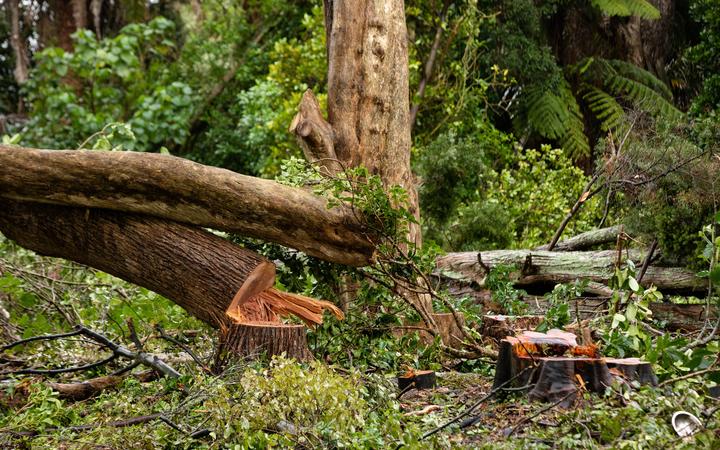 Its secretary, Dr Mels Barten, presented the survey results to councillors and told them Auckland needed to protect its large canopy trees.

According to the data from 16 of the 21 local boards, Dr Barten said only 18 percent of the 16 boards' land area now had trees.

The majority of those trees were also small - 75 percent were under 10m in height - and none of those 16 local boards had more than 1 percent of its trees more than 20m high, the data showed.

"So that tells you that we are losing the big [and] mature trees in this city very rapidly," Dr Barten said.

She said the trees on Canal Road were "mature natives that were planted 60 to 80 years ago."

"Auckland needs to retain its mature trees. As you all know, we have no legal protection at the moment for trees on private land unless they are scheduled in the Unitary Plan." 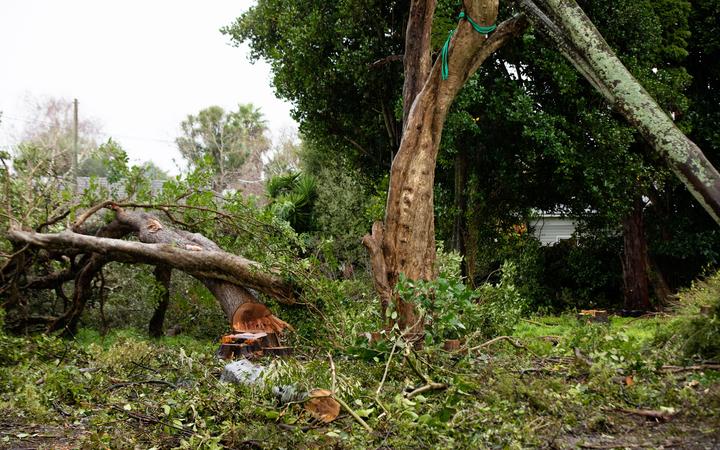 According to the council, average urban ngahere (forest) canopy cover across Auckland increased by about 60 hectares between 2013 and 2018, an area equivalent to about 60 sports fields.

In a statement, Auckland Council chief of strategy Megan Tyler said trees were an integral part of the region's natural heritage and environment.

"Anyone planning to develop private property must follow the rules set out in the Auckland Unitary Plan. The plan includes protection measures for individually scheduled trees, groups of trees marked as being an Significant Ecological Areas (SEA) as well as a number of additional rules covering trees near lakes or streams, in parks etc."

Tyler said the council's options for Canal Road remained very limited as the trees were on private property.

"On Monday the mayor, and chair of the environment and climate change committee councillor [Richard] Hills, again wrote to the minister for the environment identifying the shortcomings of removing general tree protection from the Resource Management Act 1991.

"There is a need for government to consider greater overall protection of significant trees as part of their Resource Management reforms."

A police spokesperson said three men and two women were arrested and all were due to appear in the Auckland District Court at a later date.

Police maintained a small presence at the site. 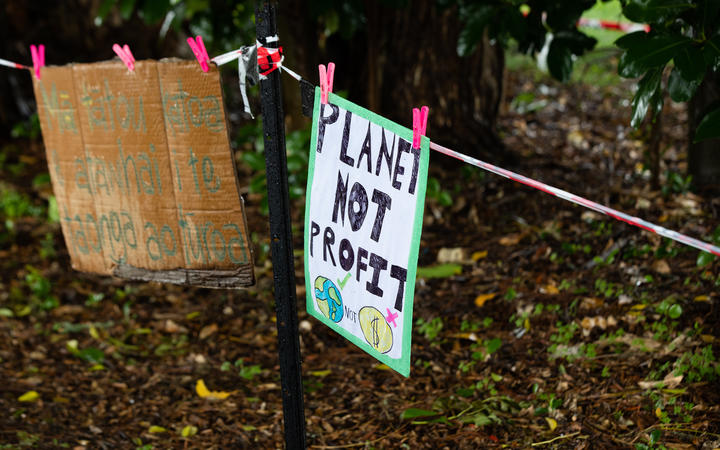