An environmental group claims significant trees are being cut down across Auckland city. 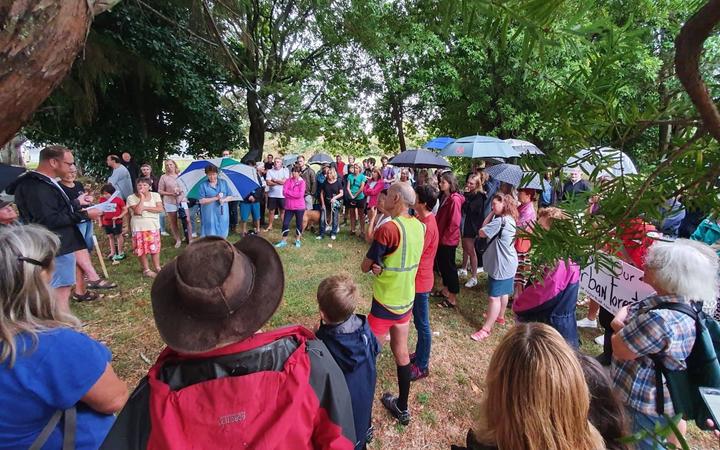 Forty-six mature native trees on the corner of Canal Road and Wairau Avenue in Avondale are due to be chopped down, after the section was sold to developers to build houses.

The Tree Council's chairperson Sean Freeman said Auckland Council was asked to buy the land and turn it into a park, but it did not.

"Despite being advised of the potential of these properties to be turned into a park, Auckland Council have completely dropped the ball and failed to move and act when they could have, two years ago.

"It's very sad; it's one more unnecessary loss since the changes in the Resource Management Act.

"We've seen trees being lost across the city with no mitigation, with no serious attempt to replant, to replace."

Around 100 people turned out this morning, to protest the imminent loss of the trees.

In a statement, Auckland Council senior policy manager, Paul Marriott-Lloyd, said the Council had no plans to purchase the land, as nearby Canal Reserve "already serves the community's needs for open space in this local area."

The Council, in a further statement, said it was guided by the government's amendment to the Resource Management Act and that there were many initiatives to manage or increase tree cover or protection across the city, such as the Urban Ngahere Strategy.

"The aim of the Urban Ngahere Strategy, among other goals, is to increase canopy cover across urban Auckland; address the unequal distribution of canopy cover; and plant diverse tree and plant species." 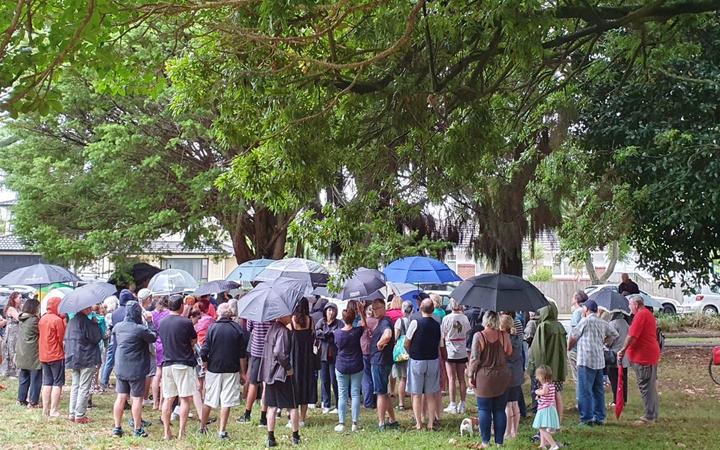