It's possible a "mini-cluster" could develop from the Auckland gym Covid-19 case, a data modeller says, but there's hope it won't lead to any new infections. 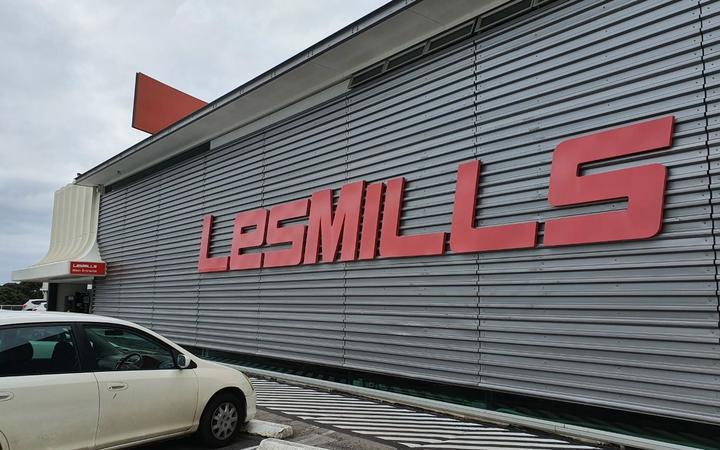 The Ministry of Health has confirmed 72 people as being close contacts to a Jet Park quarantine worker who had been to a gym on the North Shore and later tested positive for Covid-19. Photo: RNZ / Jean Bell

The Ministry of Health has found up to 94 possible close contacts of a Jet Park quarantine worker, who visited three gym classes at Les Mills on Auckland's North Shore while unknowingly infected. Seventy-two other gym-goers have so far been confirmed as close contacts.

Close contacts of those identified close contacts should also be tested, according to Director-General of Health Ashley Bloomfield.

"Once someone is identified as a contact... if they have family members in the same household we recommend those people are tested as well. It's the close contacts of those people - generally work or household contacts," Bloomfield said.

The ripples of this are vast: even with two or three contacts per person that's hundreds of people now needing a test stemming from just one case at a gym.

One of these people was with her family today being tested in Northcote on Auckland's North Shore.

"We've got one of the contacts living with us that went to one of the classes," the woman, who didn't want to be identified, said.

She didn't have any symptoms and said she was most worried about getting the swab up her nose. She said it came a bit out of the blue.

"You never know who's around where. You've just got to do the right thing; I'd never go shopping or anything knowing I'm living with someone who could have contracted it."

A doctor at the testing centre, Vanshdeep Tangri, said yesterday there was a rush of demand for testing, which he suspected was related to the Les Mills gym case.

"A lot of people came from that group and I think a lot of them did get tested as well... That's quite typical - if you get a positive somewhere, often there's a surge in that area."

Dr Tangri said those who notified staff they were connected with the case would have their results processed more quickly, because there was a higher risk.

Even if people are tested quickly, Auckland University modeller physicist Shaun Hendy said it could take a few days before they would test positive.

"It takes a while for people who, after they're exposed, to develop enough of the virus to be sensitive to the test. Over the next few days, we should see whether or not we've picked up secondary infections," Hendy said.

He said a few hundred people being tested was well within capacity, and it was important that the positive case was found quickly.

The 94 possible close contacts was a relatively high number, because exercising indoors is a high risk activity, he said. The number of cases that stemmed from it depended on how infectious the person was when they were at the gym.

Today, the three new positive cases were all returnees from overseas.

The ministry said of the possible 94 close contacts, 72 have been confirmed as such. All but one have been contacted and are self isolating - while the other is being contacted - and most have been tested already.