Groups working to house Pacific families fear millions of dollars in funding could be wasted if the government doesn't involve their expertise. 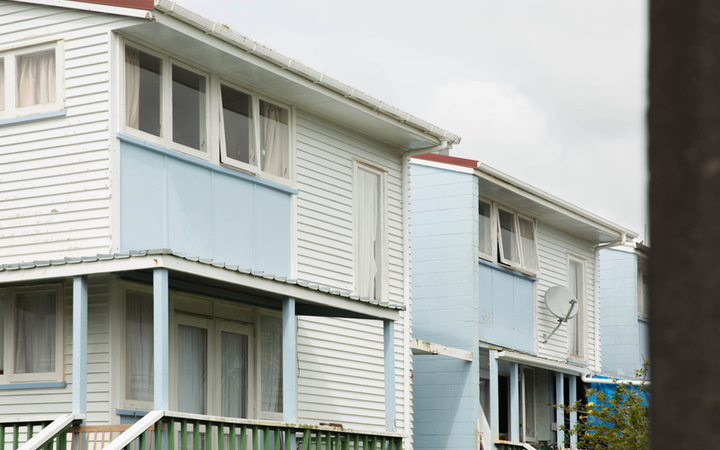 Nearly one in five Pacific people in New Zealand live in what is termed 'severely' overcrowded conditions. Around double that number live in overcrowded homes.

For the general population, that figure is about 3 percent.

AJ had been living happily in Levin with his wife and children up until 2017, but as the eldest of his siblings, he felt pressured to return to Auckland to fulfil family duties.

"Living in Auckland is really, really tough. Especially if you don't have a house, it's a major problem."

Trying to find a home was gruelling, he said.

"I've tried my best, to look for houses to rent. We were staying in Ōtara, but the real estate agent would say, they have a house in Manurewa.

"We would wake up early in the morning, go there all day, from 7am to 4pm and then we'd get a call saying someone else got the house."

With four children at that time, not many landlords wanted to take the family on, he said.

The family of six moved into a friend's place, with another four people.

"It's terrible - a three bedroom house, 10 people, one toilet, one shower. At night I would sleep in the hallway by the front door."

He would need to get up to move his sleeping mat and pillows, as people returned home.

His pregnant wife and some of his children slept in the living room.

AJ and his family have now found housing through the Penina Trust - the only Pacific-run housing trust in the country which has found homes for roughly 110 people.

But such success stories are a drop in the bucket.

"With incomes not matching the percentage of income going into renting housing, it's no wonder people are congregating together," she said.

Lealaiauloto said in the wake of Covid-19 agencies are starting to work together better.

But pressures from the virus are hitting the Pacific community hard.

"Even in our own services, where do you take people in group homes if someone is presenting flu-like symptoms? Where do you self-isolate?"

"Covid-19 has pushed a lot of challenges our way," she said.

The Ministry of Housing and Urban Development said plans are in the works to improve Pacific housing.

The government's Homelessness Action Plan details how Covid-19 will exacerbate problems for the Pacific community and discusses the approach needed.

"Responding to Pacific homelessness should include focusing on early intervention and prevention responses through financial literacy, increasing homeownership rates, and providing warm and healthy homes that are fit for purpose and suitable for their family type."

It said Pacific providers need to be able to respond appropriately to Pacific homelessness.

The Ministry of Housing and Urban Development said on 6 July it, and the Ministry for Pacific People, agreed to work together to push housing plans forward.

The Salvation Army's Ronji Tanielu praised the momentum, but said community groups must be at the helm of any plans to access hard-to-reach people.

Governments have failed to address Pacific housing because they haven't truly understood the complexity of the issue, he said.

"No matter how great the programme or initiative may be, it will be really hard to engage with them, if we can't get a clear picture of where they're at, if they're not engaging with the system at all."

The government needs to work closely with groups that the community knows and trusts, like the Salvation Army and Penina, he said.