An Auckland University law professor says there's a risk the mosque terrorist could walk the streets of Sydney if he was deported to Australia to serve his life sentence. 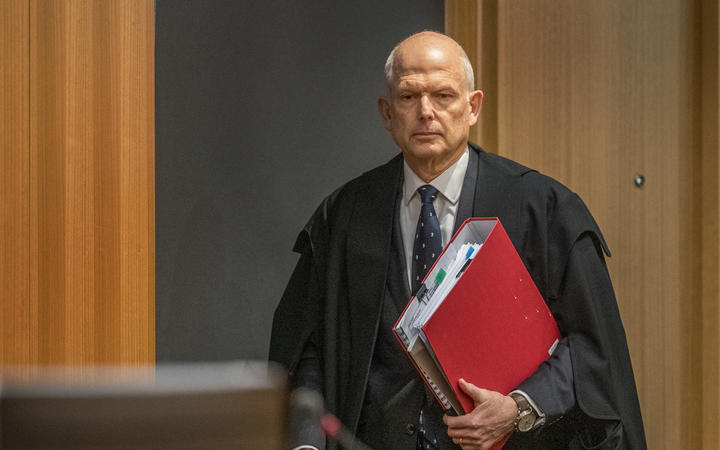 New Zealand would need a watertight agreement with Australia to ensure Justice Mander's sentence of life without parole was enforced, an expert says. Photo: Stuff / Pool

After a four-day sentencing hearing in the High Court in Christchurch, Australian Brenton Tarrant, 29, was sentenced to spend the rest of his life in prison with no chance of parole.

Justice Mander's sentence marked the first time in this country's history that the harshest punishment has been imposed.

Shortly after the sentencing, New Zealand First Leader and Foreign Minister Winston Peters said Tarrant should be deported to his home country.

But Professor Bill Hodge told First Up there's no law in place where a sentence can be transferred, so Australia wouldn't have to keep to the terms of the sentence.

"Because if he's deported now, gets on a plane and goes over to Sydney, he can just walk free because there is no statutory authority, no power to enforce the New Zealand sentence in Australia at the moment."

New Zealand has been down this pathway before about 25 years ago. The two French spies in jail for the bombing of the Rainbow Warrior in Auckland harbour were allowed to be transferred to prison in French Polynesia under a deal agreed to with France by former prime minister David Lange. Before very long both prisoners were back home.

"We got burned quite frankly..."

Hodge said moving the terrorist would have to be with Australia's cooperation and he couldn't see why they would agree to it.

"We don't know exactly what their attitude is ...let's not go down that pathway until we get something really sealed in cement over there to make sure he will stay inside and not become part of a reality TV show, which is what happened to one person who came back from [jail in] Indonesia."

The ABC is reporting that Australia's Prime Minister Scott Morrison has left the door open to working with New Zealand on the issue, but there will be some hurdles to overcome.

Despite the strong ties between Australia and New Zealand, there's no formal prisoner transfer deal between the two countries. 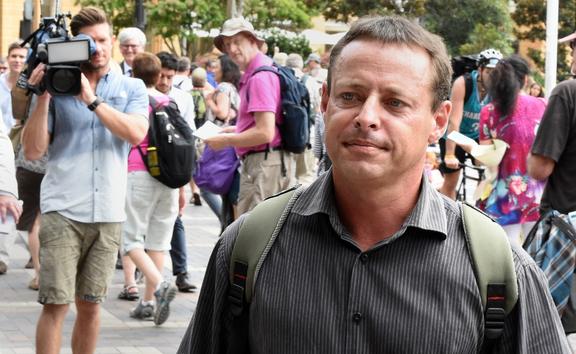 Prisoner transfers are different to extraditions - which is when one country demands another help to secure someone wanted for an offence, and have them shipped over to face investigation and trial.

International law expert Don Rothwell, from the Australian National University said there were multiple options that could be pursued if the transfer was on the cards.

But he said the most likely was what he described as the "David Hicks option".

Hicks, who was captured in Afghanistan in 2001 and spent time in Guantanamo Bay prison in Cuba, was sentenced by a military commission in the United States.

"Australia and the US negotiated a special agreement purely to deal with the Hicks situation, and that was appropriate given the security concerns and legal issues," Professor Rothwell said.

The key difference is that Hicks only had to serve another nine months in jail (his conviction was set aside by a US court in 2015). The mosque gunman's sentence expires when he dies. So, keeping him behind bars for the rest of his life would need to be an explicit term in any agreement.

There are two other potential options for transferring him to Australia.

The first would be for the two countries to negotiate a new bilateral prisoner transfer treaty. The second possibility would be for New Zealand to sign up to an international convention, such as the Council of Europe Convention on the Transfer of Sentenced Persons.

"The Christchurch gunman is going to be an irritant in Australia-New Zealand relations for some time," Melissa Conley Tyler from the Asia Institute at the University of Melbourne said.

"New Zealand is very aware that when its citizens are convicted of crimes in Australia, we deport them back to New Zealand - admittedly after they've served their sentences - and this is for much less serious crimes.

"From a New Zealand perspective, this is a terrorist who is an Australian citizen and New Zealand taxpayers will be footing the bill for his incarceration for the rest of his life.

"So even though Australia may not be legally obliged to agree to a transfer, I'd expect that New Zealand will continue to make this request." 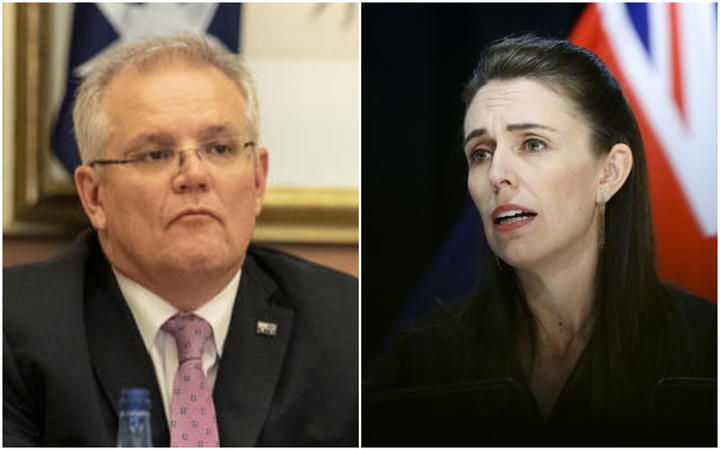 In relation to how the justice system has operated with regard to the arrest and trial of the terrorist, from the police response on the day of the 15 March 2019 attacks to the conclusion with the handing down of the sentence yesterday, Hodge said it had been through a stress test and had been proved "fit for purpose".

As a teacher in a law school it had made him feel proud, he said.

"I think all New Zealanders were brought into that courtroom by the judge by his very powerful speech. It was denunciation; it was speaking for the nation; and it showed a unique purpose that we don't see very often in New Zealand courtrooms.

"I think justice has come to the fore in a very positive way and I'm proud of it."